New Avengers figures are here.  Note that I didn't use an exclamation point at the end of that sentence.  Do yourself and your wallet a favor and read this review before deciding whether or not to spend your cash on this guy.

So, it's been nearly four months since The Avengers hit theaters, and in true Hasbro fashion, we're just now getting figures of the bad guy army.  Because the kids, who this figure is squarely aimed at, totally still remember these guys and haven't moved on to the next exciting thing three times over already.  Way to be on the ball, Hasbro. 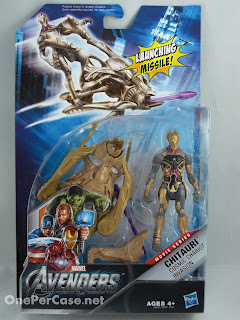 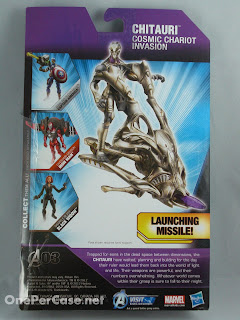 Behold!  The crappiest figure yet released in this line! 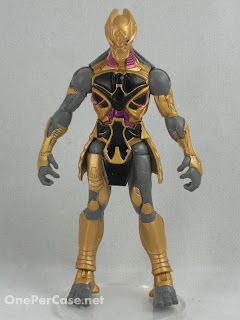 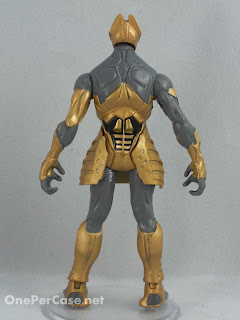 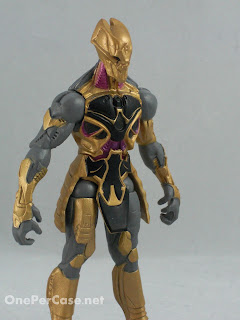 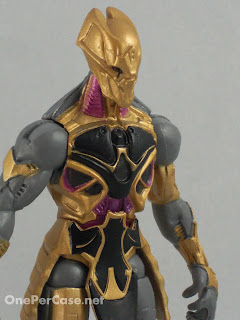 I'm not going to sugar coat this.  This figure sucks.  Both as a collectible, and more disappointingly, as a toy. Kids won't even enjoy this thing.  Nothing about this toy makes any sort of sense or serves any real function. This toy seems like it was designed by a one-eyed house cat with down syndrome.


As we saw in that review of the early Chinese factory sample, this figure has horrible articulation.  Ball hinges at the shoulders, hips, and ankles.  And a ball socket head.  That's it.  No elbows, no wrists, and no knees.

Let me repeat that so that it can sink in for you.  He has hips and ankles, but he has no knees.  What.  The.  F#$%.  What is the point of wasting money and effort on ball hinged ankles, if he doesn't have knee articulation to give the ankles a purpose? 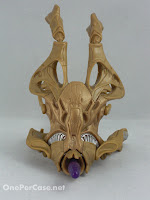 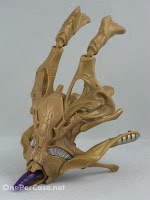 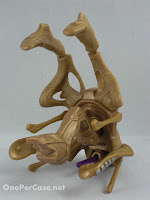 To make things even better, there's the "Cosmic Chariot".  It's almost as if this over-sized accessory is trying to compete with the figure for the title of most poorly designed, ill-conceived toy of the year award.  Where the figure lacks articulation that would actually be useful, this chariot is chalk full of articulation that serves no purpose other than to make you scratch your head and mouth the letters WTF. 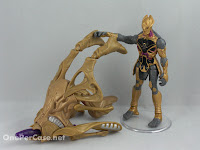 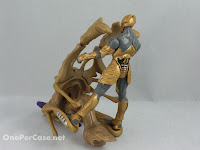 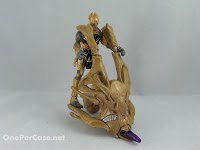 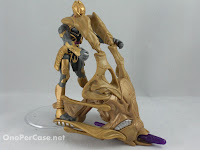 The chariot looks almost nothing like the flying sled vehicles that the Chitauri piloted in the movie, but they contain lots of moving parts that serve no purpose other than to confuse you and make it exceedingly difficult to pose the figure on/in the vehicle.  There really is no secure way to attach the figure to the chariot.  You're supposed to peg the figure's feet onto a couple of independently moving foot platforms, but the feet come disconnected if you even look at it funny.  The platforms literally feel like they are being bent in a way they weren't designed to be when you move them into the position needed to place the figure on them.  Then, because the figure lacks knees, elbows, and overall poseability, there is nowhere to secure his hands. 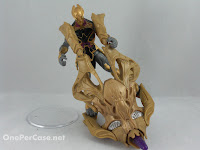 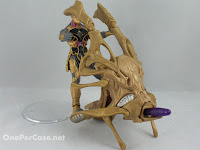 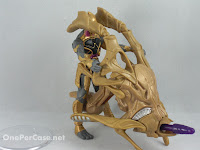 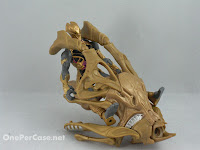 Also, those pieces that look like they come down over the shoulder to secure the figure in place really don't do anything.  They just sit there.  They don't secure a damn thing.  To top it all off, there are four other random things that look like handle bars that move around on swivel joints, but as far as I can tell, they serve no purpose and are not in any sort of useful position to the figure. 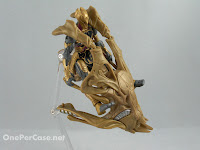 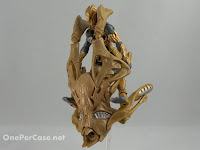 Also, the chariot fires a missile.  But who cares about that when the rest of it sucks this much.  The center seat/engine thing that the figure straddles also serves no purpose.  It's not an actual seat, and while it moves on a ball joint (you have to snap it in, which is the only step in assembly for this toy), it also doesn't move into any useful or meaningful position. 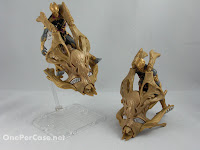 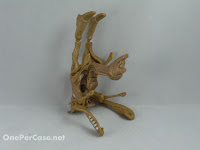 The paint job on the chariot is pretty bland, because there's not much actual paint, it's just cast in a dull semi-metallic gold-ish plastic with a few silver highlights.  The paint job on the figure is just about the only decent aspect of this set, since it includes metallic gold and purple and is applied fairly well.  The sculpt of the figure is also decent in the chest and armored areas, but lacks a lot of detail in the face.


I wanted to like this figure.  I really did.  As an army builder and a fan of the Chitauri in the movie, I originally wanted to buy at least eight of these.  But after opening two, I don't know if I'll be able to do any more than that.  I have two more unopened that may just be going back to the store this week. 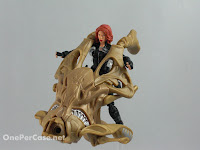 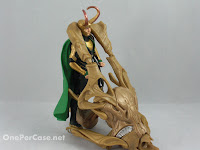 Instead, this figure and chariot feels like a half-assed product designed with no attention to detail and no thoughtfulness behind it.  It doesn't serve a purpose as a collectible, and it especially doesn't serve it's purpose as a toy, since you can't even play with it in the way it was intended, without the figure falling off the damn thing every time you look at it.  Hasbro really owed it to this line to do this character justice.  This set should have been a part of the $20-ish vehicle assortment, with a full size chariot as seen in the film, and a figure with articulation that was at least functional.  Instead, Hasbro completely blew it with the Chitauri. 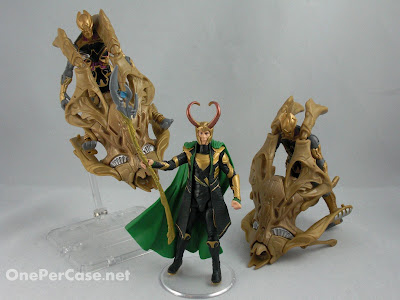 Do yourself a favor.  Save your money on this one.  I got two for the "clearance" price of $9/each at Walmart, and even that feels like too much to pay for this turd. 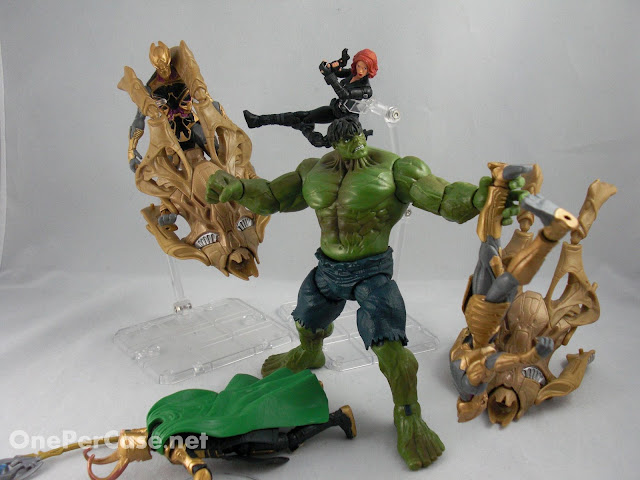