Hand me my missile launcher. It’s the one that says B.A.M.F. on it.

So here’s a new Avengers figure that doesn’t completely suck.

We first saw Nick Fury last month when I got my hands on an early sample from China. And well, not much has changed. 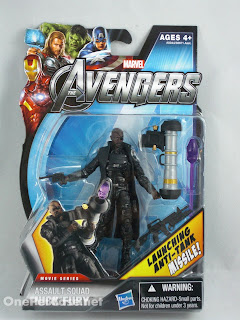 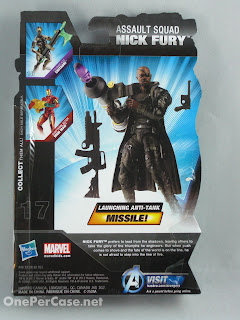 The packaging looks decent enough, like the rest of this line. I half expected to find a purple-bladed lightsaber packed in there.  Surprisingly, despite Mr. Jackson's affinity for the color purple, his accent color on the package is silver.  And I have no idea what Assault Squad Mr. Fury is a member of. 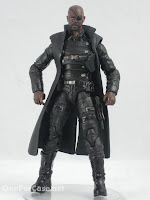 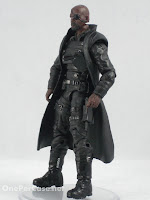 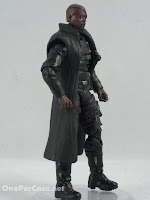 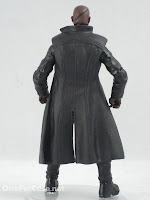 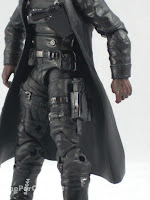 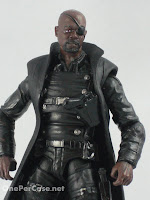 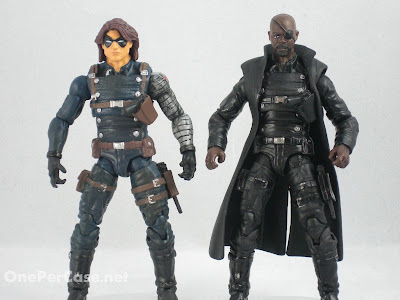 The figure uses the body of Winter Soldier from the Captain America movie line, with a new head, arms and jacket. Since it’s an older body, it has better articulation, but the new arms lack wrist joints, which is a downer. And I’m not a huge fan of this body being used, just because the torso doesn’t look anything like what Fury wore in the movie. Sure, it looks kinda cool, but I’d prefer movie accuracy any day. 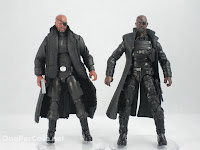 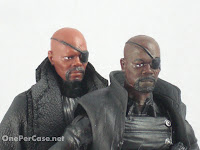 As I mentioned before, the jacket looks nice, and the new head bears a decent likeness to Samuel L. Jackson, but I still think the Iron Man 2 version was better. Something about this head just looks a little off to me.  I made a quick custom that I think looks more movie accurate by swapping the arms from a Paris Pursuit Snake Eyes (Rise of Cobra) onto the body from Iron Man 2 Nick Fury with the jacket from this new version.


The paint job isn’t horrible, but it’s kind of hard to mess up black. Some of the silver on the buckles is off, though. And his eye is just a little bit droopy looking. Guess I’ll use this for my “been up saving the world for the past 48 hours” Nick Fury. 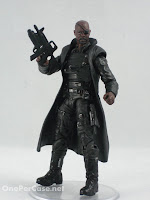 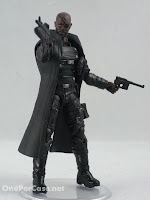 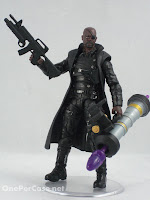 Also falling squarely in the mediocre range are Fury’s accessories. Sure, he comes with a decent amount for a Marvel figure, but let’s look at what’s here. We’ve got the obligatory spring-loaded shooty weapon, which fittingly enough, is something vaguely resembling an RPG, a weapon Fury actually used in the movie. But it’s not at all realistic looking and fires a translucent purple missile. Then, there’s the Mauser hand gun that came with Winter Soldier. Yes, it fits in the holster on Fury’s leg well, as it should, but it’s not even remotely close to a weapon Fury would use. Lastly, there’s an assault rifle. Ok. I can deal with that. At least it’s a modern, somewhat realistic weapon, and at least it’s not the crappy M-60 mold used over and over in the Marvel Universe line.  I'd probably like these accessories a little more if Fury's hindered articulation in the arms didn't prevent him from correctly holding the rifle or missile launcher.  Figures not being able to correctly hold their own weapons is one of my biggest pet peeves in this hobby. 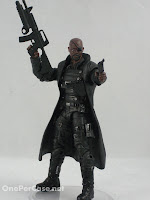 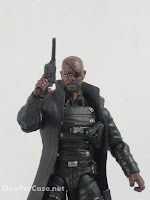 But where the accessories fail is in the completely missed opportunity to include the Tesseract and a brief case to carry it around in. How hard would it be to take a cube of translucent blue plastic and stick it in one of the many existing briefcase molds from the G.I. Joe line? If any figure in this line were going to include a Tesseract accessory, I’d expect it to be this one. But yet, the main plot point of the movie is not represented in this line in accessory form. So, that’s disappointing. 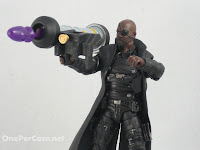 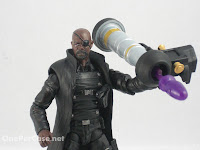 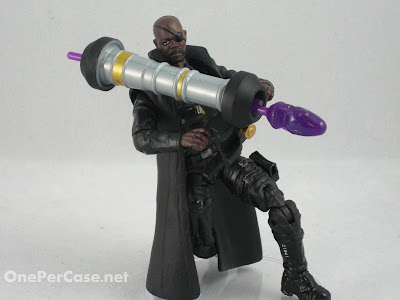 Like I said, here’s a new Avengers figure that doesn’t completely suck, but it doesn’t exactly blow anything out of the water either. If you don’t have the Iron Man 2 Nick Fury, this guy is worth picking up, just to have a Nick Fury in your collection. But if you do have that prior version, there’s nothing that should compel you buy this one. Unless you’re bored. Boredom is a decent excuse to buy action figures. 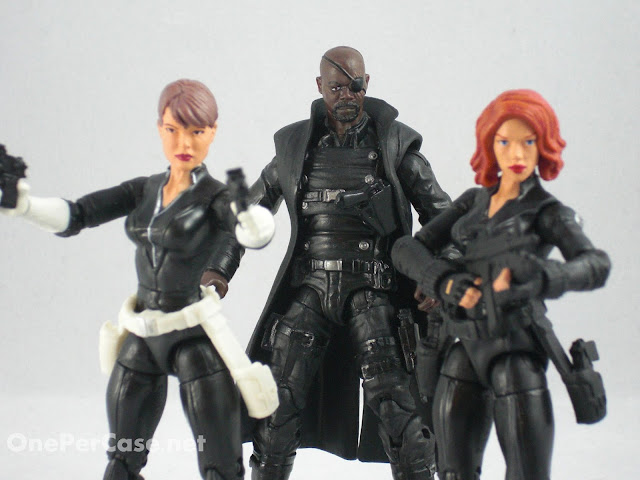 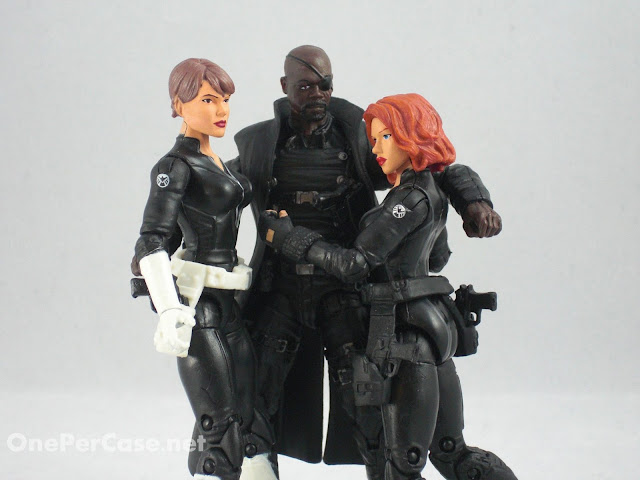