When the floor dropped out from under Mattel's plans last year, DC Universe Classics All Stars (The Last Wave) was born.  Consisting of Superboy Prime, DCnU Batman, DCnU Superman, and Red Robin, this wave will have a hard time hitting retail.  Target has already clearanced the line and TRU and Wal-Mart are sitting on figures from previous waves.  This is the last hurrah for what was a great run of CnC waves that brought us a huge variety of DC characters.  From classic versions of Omac and Cyclotron to current Green Lantern Classic figures, it is hard to complain about the immense range of DC Comics timelines Mattel covered.  Superboy Prime is a prime (har har) example of some of the great figures that hit retail shelves in the past few years.

When Superboy Prime hit Amazon last week, a friend of mine kindly ordered two (thanks Sean!) and passed one onto me. I am grateful to have a network of toy buds who look out for each other.  Without it, I would not have this great figure to photograph and write about.

The packaging is the standard look we have received in the past year.  It is oversized, and a huge amount of empty space is left in the plastic bubble.  Presumably to keep it in standard to what the previous waves brought to the pegs in your local store.  It looks nice but is a grinding painful reminder that we will no longer have a forced reason to buy the whole wave.  That sounds negative, but I sure loved tracking every figure down to build the oversized CnC.  Damn, I will miss that...  I guess Marvel Legends will fill that void. 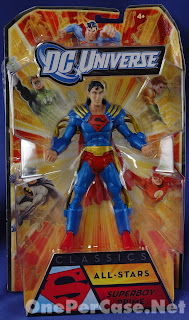 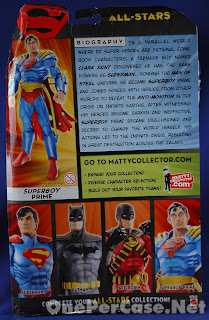 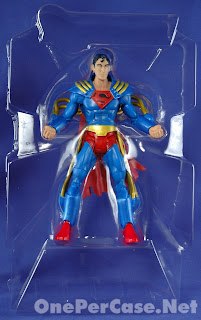 Keep in mind, if you buy from Amazon as a carded collector, you may have to deal with the shippers forcing the figures into a smaller box...  Yikes, glad I opened him. 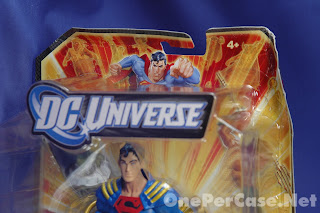 I love the design on Superboy Prime.  The extra sculpted bits bring out the essence of the character.  Although he seems to have a indifferent look on his face, I think it really works as a whole and I appreciate the final outcome.  The paint and quality are pretty good.  My figure had glue splotch on his chest (presumably from gluing on the chest piece) and black paint on his cheek and ear.  Kind of a bummer since I had to get him through non-retail channel and had no choice when it came to paint apps.  I can overlook minor manufacturing flaws, and I believe Mattel's version of this character is better than DC Directs. 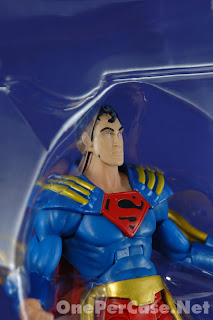 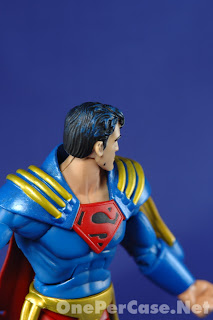 Hasbro does Marvel Legends really well when it comes to articulation.  Posing the figures is fun.  Mattel's DC figures don't give you the range that should be a standard in this scale.  We aren't covering cost for a CnC, so why don't we get some articulation love?  WHY?

I still love this figure.  Flaws and all.  He turned out great.  But fix this craptastic articulation.  We want Batmen (and Supermen for that matter) that can pose like Jin Saotome's Batman... 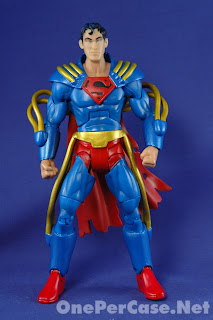 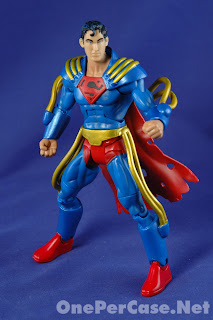 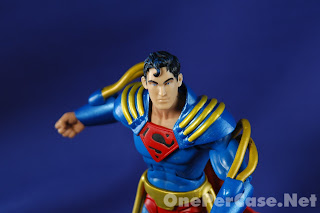 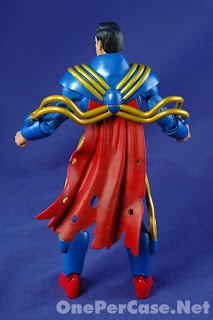 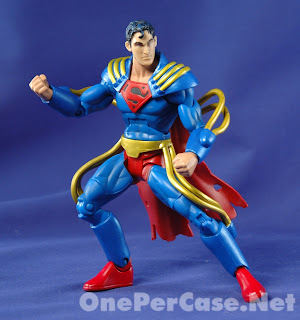 And once again, the bad guy gets the girl.  It's good to be bad. 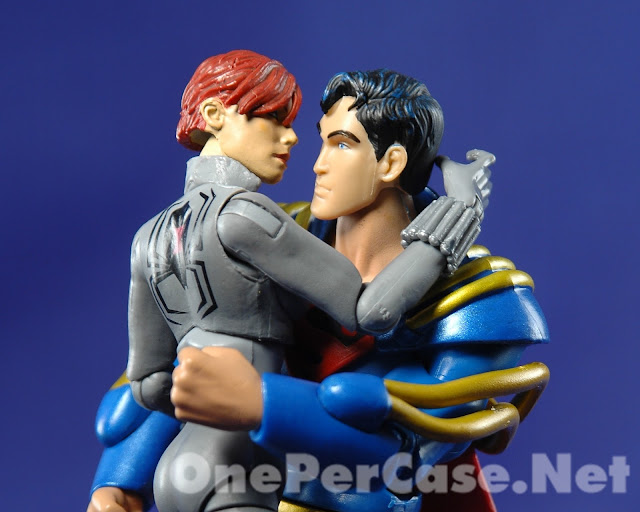