Two of my favorite characters from my favorite comic packed together with a copy of said comic from my favorite era. What could go wrong here? Colossus and Juggernaut, two titans that make for one great battle. We’ve seen both of these guys packed individually in the Marvel Universe line, but now you have a chance to pick them both up at once. Will you get your money’s worth? Read the review! 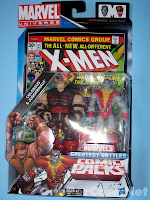 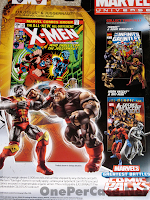 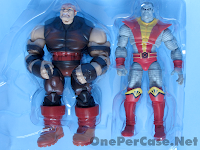 I like the overall look of the packaging for the Marvel Universe comic packs. They’re figures based on comic book characters, so it’s a no brainer. The choice of comic, I’m a little disappointed with. While Uncanny X-Men 102 is a cool enough cover, Juggernaut has his helmet on. I was really hoping to see Uncanny X-Men 183, but ahh well. The other item of note is that the back features the now glaringly absent Moon Knight & Ant-Man pack. Most unfortunate, as this looks like a great pack. Hasbro, you tease! 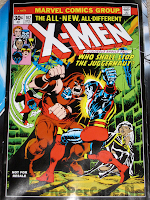 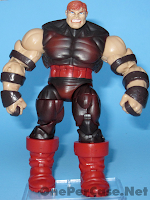 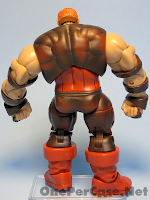 Let’s start it out with Juggernaut. As far as I can tell, this is a straight repack and repaint of the previous figure, just with a new (and helmetless) head. I thought this was a great looking figure, so I have no problem with Hasbro reusing it. The paint job looks great, a little darker than the previous release, and the head sculpt is well done. 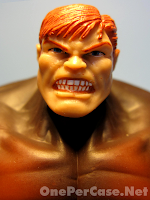 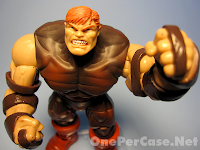 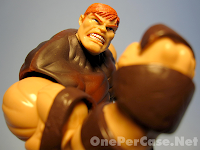 I don’t have any issue with the head. It’s well done, and looks more or less like Cain Marko should look. What else can you ask for? Oh, a helmet, you say? I agree. Given that Hasbro had to spend little to nothing on tooling for both of these figures, I don’t think a helmet is too much to ask for. If Juggernaut would have come with a helmet, I think he’d be just about perfect in my eyes. So close, yet so far, Hasbro. 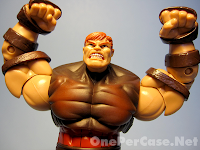 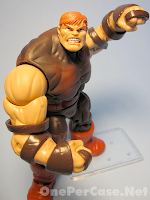 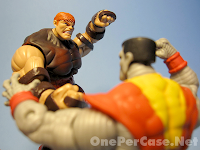 Now on to the dud. Sad to say, the Colossus is pretty meh. This sculpt is the same as the Giant Size X-Men we received before. The sculpt itself is good. It’s an accurate reflection of the character, and the detailing on the armored body is nice. The head sculpt is solid, and Pete looks ready to kick some ass. 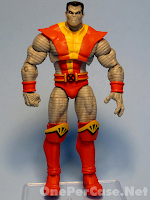 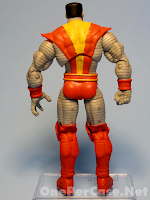 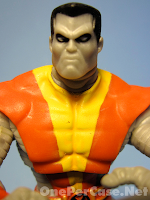 So the issue? That horrible, horrible paint job. I understand this is a “comic” version, but I always remember Colossus being made of steel. So why is he so white? Is he starting to corrode? It’s simply way too much. Perhaps this is a ghost of Colossus. I just don’t get it, and I don’t like what they’ve done to poor Mr. Rasputin. Which by the way, a “flesh” version of Colossus would have been pretty awesome in this pack. 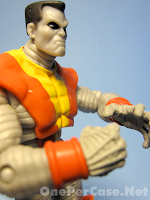 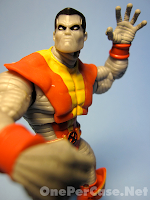 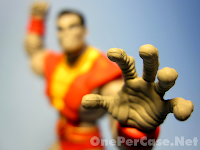 Once again, these are both figures that we have more or less received before, so I’m not going to spend a whole lot of time going into the articulation and sculpt. Suffice it to say that it’s the standard Marvel Universe articulation, and both figures flex well and are able to achieve a good number of decent poses. 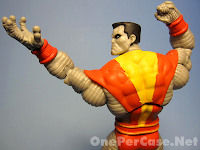 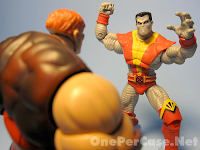 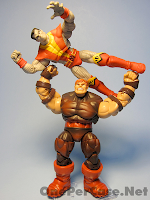 So over all, I don’t know that I can say this is a pack you should go out of your way to track down. It’s pretty obvious that I’m not a fan of the Colossus. As far as Juggernaut, while it is a good version, the lack of helmet cancels out any possibility of this being a definitive version. With a removable helmet, this pack becomes worth the price of admission for Juggernaut alone. As is, unless you’re fairly hard core in your collecting, you may want to pass this one up. 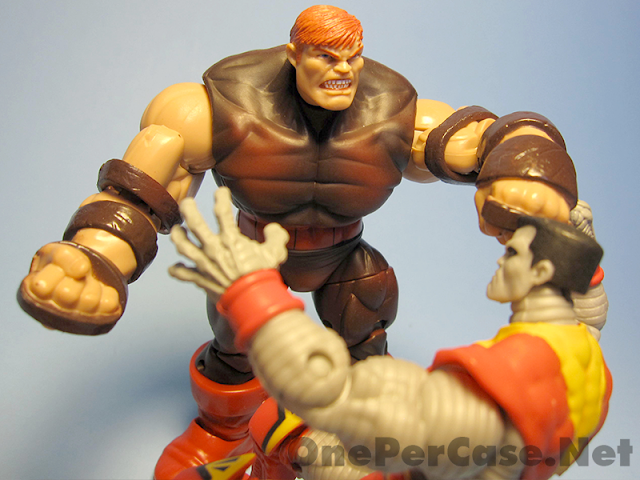