Magneto and Captain America. Do these guys really have enough in common to be in a comic pack together? Well, they do thanks to the whole X-Men vs. Avengers cross-over. Capitalizing on the timing of the latest XvsA, Hasbro has given us a pair of comic packs based on the four part mini-series from the 80s. A couple of figures we’ve seen before (one, many times), so is it worth getting them again? Review below! 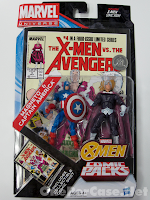 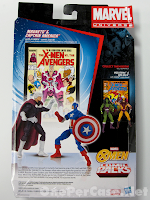 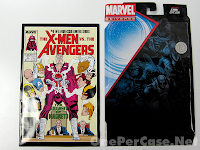 Once again, standard comic pack packaging, with the little mini-comic cover there to taunt you by saying, “remember how we used to pack in stands?” Or in other words… 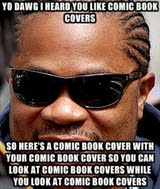 Other than that, a solid enough looking package. And of course, you get a shiny sticker to remind you that you can only find these guys at Toys R Us. Remember to look at the front of the card under the comic for a sweet graphic featuring Wolverine, Thing, Lizard, etc. 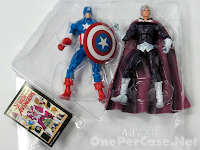 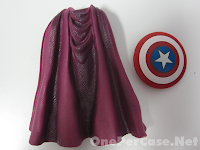 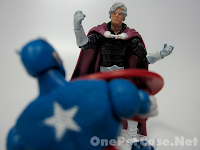 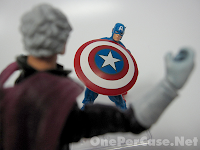 Captain America… again. Between the previous Marvel Universe versions, the Captain America versions and the Avengers versions, there is no shortage of Caps out there. This one is clearly not different enough to make you say “wow, there’s something new”. It’s a nice enough figure, but even the casual collector probably has three or more versions of this guy already. 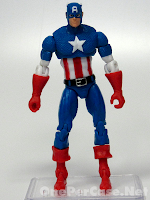 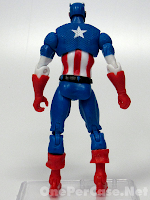 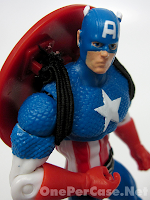 This is a comic accurate version of Captain America that looks representative of the Cap in the 80s. I suspect he has a Flock of Seagulls cut under there, but unfortunately the mask isn’t removable, so you’ll have to take my word for it. He’s got your standard Marvel Universe articulation, so he can pose pretty well. His shield has a couple straps so he can carry it on his back or on his wrist. What more can I say? It’s another Cap to throw on the pile. 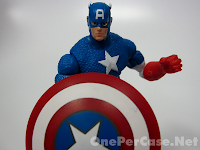 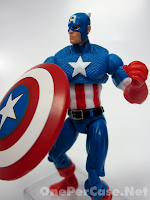 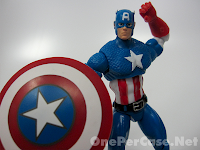 Now it’s on to everyone’s favorite master of magnetism, Magneto. I know what you’re thinking. Haven’t we already seen a couple of pretty good Magnetos? Well fear not, this time he has no helmet! While not quite as iconic of a look, Magneto did spend a fair amount of time in the 80s without his helmet on, so I suppose it makes sense to get a helmetless version. 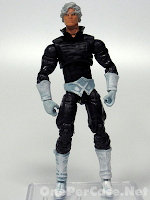 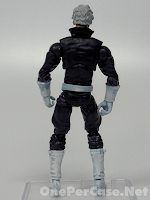 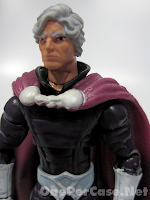 The coloring may not appeal to everyone (purple, pink and white can clash) but it’s well done, and it’s representative of this particular costume for Magneto. The head sculpt is fairly good. A little too “comic-y” for my tastes, but I’m being a bastard because he is, after all, a comic character. The eyes are a little goofy, and my particular figure has a little splotch of paint on his nose, but once again these are quality control issues. Hasbro, that doesn’t mean you’re off the hook for the lax quality control. It means that I’m not blaming the sculptor. 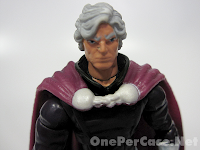 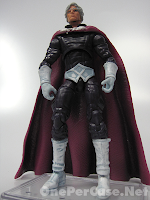 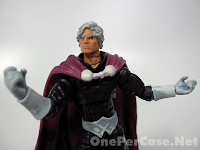 So there you have it. Two figures that you already have. Captain America you have gotten time and time again. This one really just goes in line with the others. If you’re good with one Magneto in your collection, then this isn’t the one for you. It’s a good enough figure, and personally I enjoy having the helmetless version, but it’s definitely not his classic look. 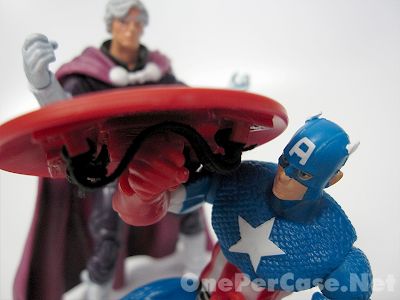 Once again, this comic pack falls in that nice sweet spot where it’s an easy pass for the casual collector, but also a fair enough deal for people looking for a new take on Magneto. As for collectors who actually expect two new figures when they pay double the price of a single figure… what can I tell you? I’m afraid those days are gone. But hey, at least you get a rinky dink comic cover. 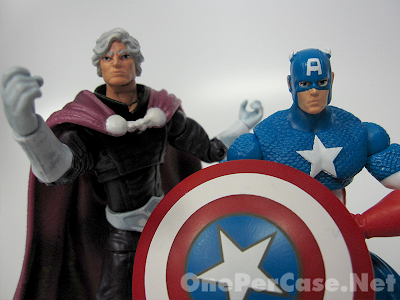