Wave 18 may not be out at retail in the U.S. yet, but wave 21 is out overseas.  The same day that I found the new comic packs, my Wave 21 case from Hong Kong arrived.  Check out the founder of the X-Men after the break.

I normally prefer to order my cases from BBTS, but when Hasbro's display cases at SDCC showed that this wave, believed to be Wave 21, was now targeted for release in 2013, I decided to bite the bullet and pay some extra cash to get them now from Hong Kong.  This wave was released to the Asian market a couple months ago.  And the case assortment was actually pretty good, containing two Professors, two Jubilees, one of each Blastaar variant, a couple variants from waves 18 and 19, and a couple other wave 18 figures. 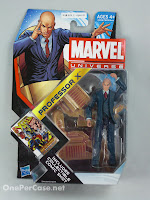 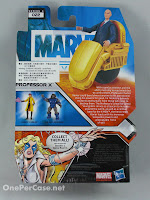 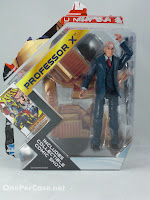 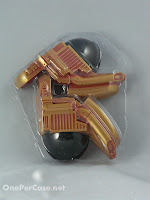 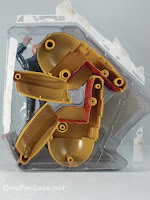 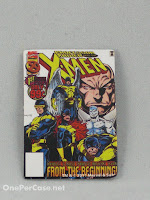 The packaging for this wave matches the other 2012 waves, including the "collectible comic shot".  I'd still rather have the figure stand than this cheap piece of cardboard.  The artwork for Professor X is pretty decent, and one of my favorite aspects of the 2012 series, the back of the card still features a unique character telling you to "collect them all" for each wave, with a different line of dialogue for each figure.  This wave is Dazzler.  Also, since this was an Asian market release, you'll notice the Asian language stickers on the front and back of the card. 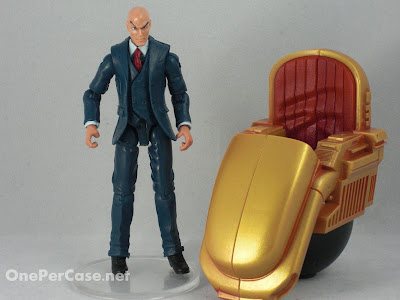 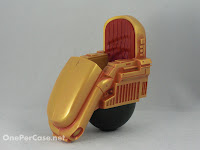 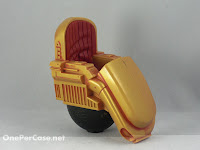 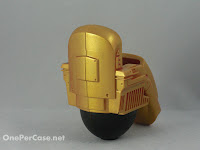 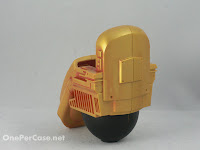 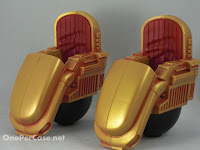 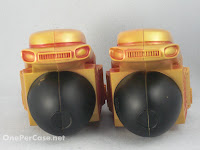 Perhaps the most impressive thing about this package is the fact that Hasbro fit not just the figure, but his whole hover chair in that bubble.  Granted the chair comes split in two halves and you have to snap it together, but still.  That's damn impressive, and Hasbro deserves major credit for including this massive accessory. 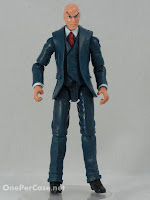 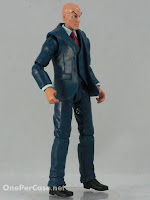 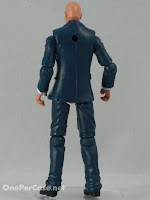 The figure uses the body of the 2009 SDCC exclusive James McCullen Destro figure, from the G.I. Joe Rise of Cobra line.  I actually liked that figure a lot, and have been hoping for some time that they'd find another use for that body.  Professor X is a perfect fit for it.  The entire sculpt is reused, with just a new Chuck Xavier head, which is probably what let Hasbro afford the hover chair.  Definitely worth it.  The only aspect of this that some collectors may find unfavorable is the fact that the G.I. Joe buck used doesn't match the design or articulation aesthetic of the Marvel Universe line (i.e., metal T-bar crotch, visible screws in the legs, lots of ball hinges, etc).  Personally, this doesn't bother me.  I think the body fits in fine with the rest of the MU line. 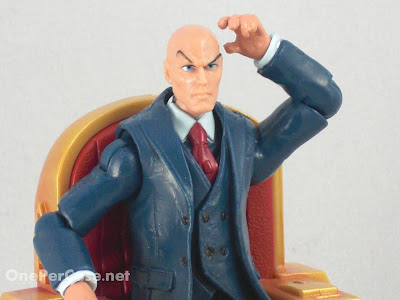 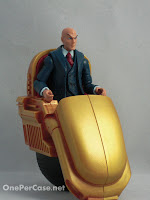 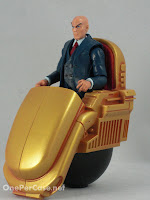 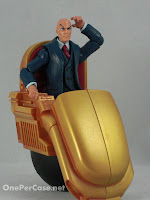 This figure already includes more accessory than I would normally even hope for in the Marvel Universe line, and not to complain, but the one thing that could've made this figure even more awesome would be a Cerebro helmet.  Maybe if we're lucky, we'll see another version of Chuck released with a wheel chair and the helmet at some point. 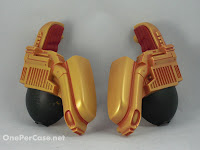 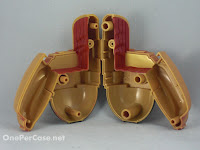 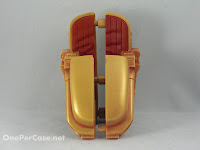 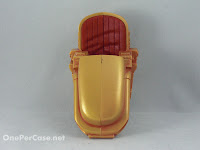 The hover chair is actually really nice, and features some great detail in the sculpt.  Once the two halves are snapped together, it really feels like a solid, substantial hover chair.  The one thing that's a little odd about it is that it has a reddish wash in the crevices of the gold parts.  I actually opened both the Xaviers in the case I got (yes, I wanted two of these guys to display), and oddly enough, on one figure, the right half of the chair had a heavier wash while the left half had a lighter wash.  On the other figure, the opposite was true.  So I swapped halves around and got one chair with a much less heavy wash than the other. 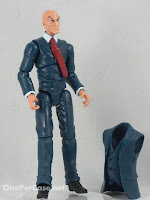 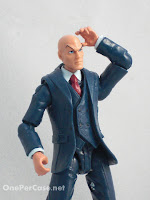 Other than the strange wash, the other odd paint app I noticed on both my samples:  The shirt isn't painted white, just the collar.  So his shirt is the same blue as the vest and the rest of the suit.  Not a big deal, but looks a little odd when you think about it. 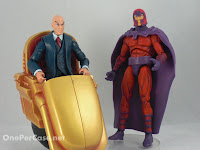 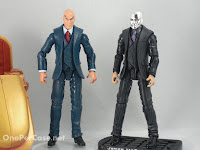 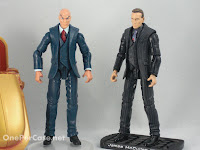 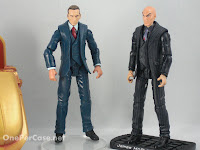 Over all, this figure is impressive and turned out just as awesome as I hoped it would be.  Hopefully this wave makes it's way to the U.S. sooner rather than later, but if you're impatient like me and can't wait, the Asian market is your best bet right now (though I've also heard of this wave showing up in Mexico).  However you get it, if you're an X-Men fan, you definitely want to pick up Professor X.