Over the past months, I've reviewed the Walmart Avengers Comic Collection version of this figure, the Heroic Age Heroes team pack version (Red Hulk), and even the new comic pack release.  Now, the only version left to review is what should have been the original release, the highly anticipated, long delayed Wave 18 single carded Hulk.  So much Hulk smash after the jump.

Since I've basically already reviewed this figure three times over already, I'm not going to write a whole book here today.  Just a few notes, and then on to the Hulk smash pr0n. 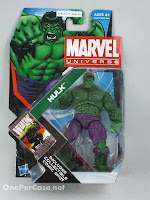 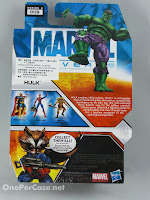 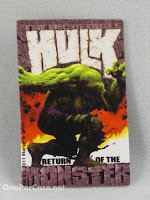 This is the single carded release of the figure first shown at San Diego Comic Con 2011.  When this site was still in its infancy.  Pretty sad that it took a whole year from the time it was first shown to actually be released.    The packaging is similar to the rest of the 2012 line, including the goofy "comic shot".  Rocket Raccoon is the "collect them all" guy for this wave.  And as you can see, my packaging has Asian language stickers on it.  This figure came in my Wave 21 case from Hong Kong.  My Wave 18 case actually just shipped from BBTS yesterday, so if there's any difference in the US release version of the packaging or figure, I'll update this post next week. 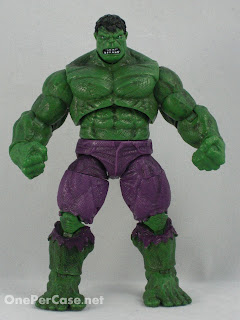 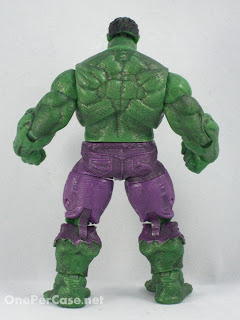 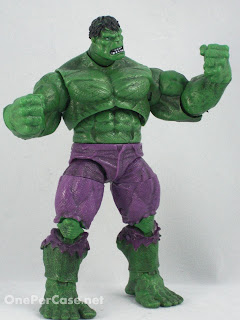 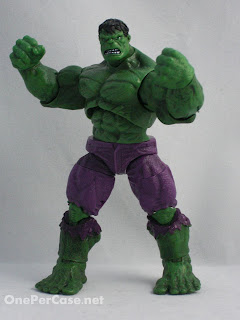 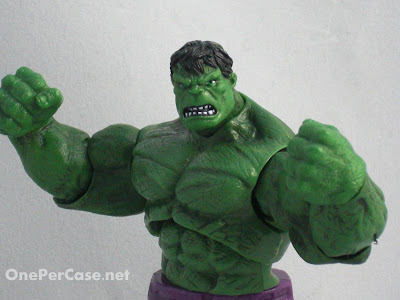 The figure itself is basically identical to the version from the Walmart box set.  The only difference I noticed is a slightly lighter paint wash on the single carded version.  And it is very slight, so it may just be normal factory variance.  Everything else is the same; plastic, paint, articulation, and lack of accessories.  This figure is plenty impressive on it's own, but including some sort of accessory (rubble, a steel beam, rocks, anything) would make this an easier purchase for those that already have the box set version.


If you have the box set version and don't want multiples, you can easily skip this release.  I'm pretty certain that this wave was originally intended to be released long before any of the repacks/repaints that actually made it out first, so Hasbro basically shot themselves in the foot on this one by allowing such a long delay in the distribution for this wave.  But if you don't have the box set, this figure is absolutely worth picking up.  He kicks ass.  BBTS has begun shipping out pre-orders of this wave, and is still taking pre-orders for the set, as well as a revision case.  The original case assortment is currently sold out.