I've gotta say, I'm not super familiar with this character, and until I had him in hand, I wasn't particularly looking forward to him.  Seeing him in person though, he's definitely an awesome, imposing, villainous looking figure. 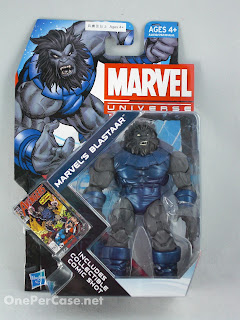 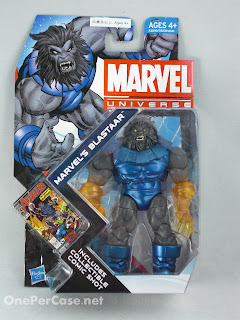 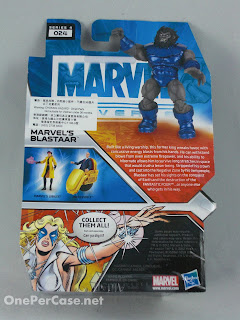 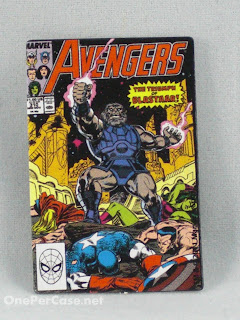 Packaging, blah blah.  Same as the rest of the 2012 Marvel Universe line.  The card art is decent, but not as cool looking as the figure itself.  Dazzler's on the back, and the comic shot included is a reproduction of Avengers #310, featuring Blastaar standing triumphantly over the defeated heroes.  So that's pretty fitting. 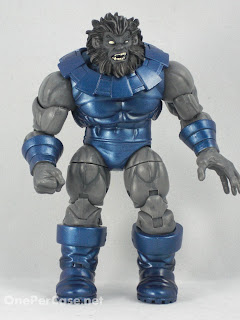 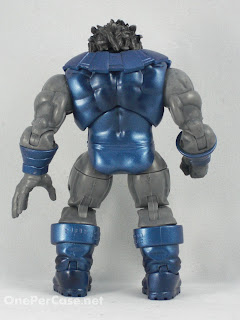 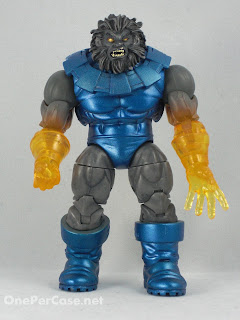 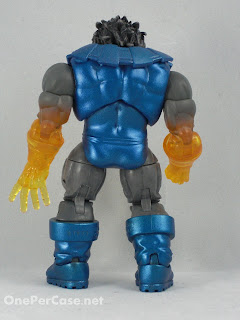 The figure re-uses the buck from Juggernaut, Thanos, and Apocalypse, with new head, forearms and collar piece.  The result is something that looks a little plain compared to most of the comic depictions I've seen of the character, but it still looks like Blastaar.  The articulation is nothing new if you have those previously mentioned figures.  The newly sculpted parts are good, and the head is downright amazing.  Check out the level of detail in the face and hair.  It's bitchin.  Yes, I said bitchin.  Lots of character in that face. 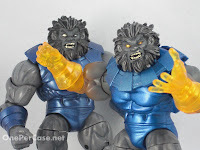 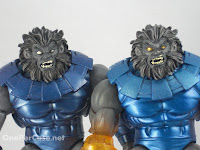 The real fun with this figure comes in the variants.  The case came with one of each, regular and "charged-up-blasty-powered".  My understanding is that all of the cases include this one of each ratio.  THIS is how variants should be handled, Hasbro.  Good job on this one. 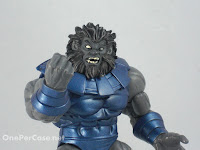 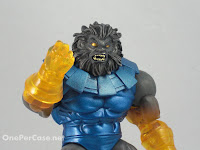 The blasty variant features arms cast in translucent orange plastic, slightly lighter metallic blue paint, and orange eyes (instead of the white on the regular).  The subtle blending of grey paint into the orange plastic on the arms looks great and really pulls off the "glowing" energy effect. 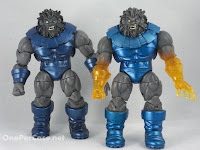 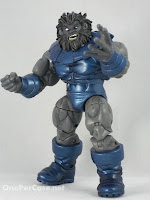 The one area where this figure lacks is in the accessories department.  THIS is a figure where it would have made sense to include some sort of snap-on energy blast effect.  But with a sculpted closed fist and a wide open hand, this guy won't be holding any weapons.  Still, something would've been better than nothing. 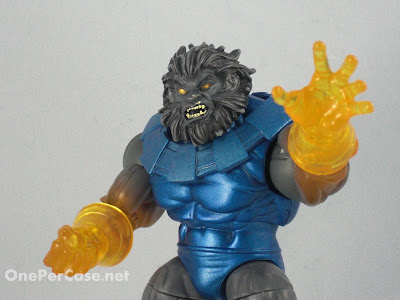 On the whole, this figure is a nice addition to a line severely lacking in villains, especially those that fit under the obscure and cosmic categories.  The addition of a relevant variant, packed in equal numbers in the same case together, make this a solid win on Hasbro's part.  Thank you, Hasbro.  I hope this is the beginning of a new trend from you.  This is a figure that I completely enjoy and encourage fans of the line to pick up.  Hell, pick'em both up. 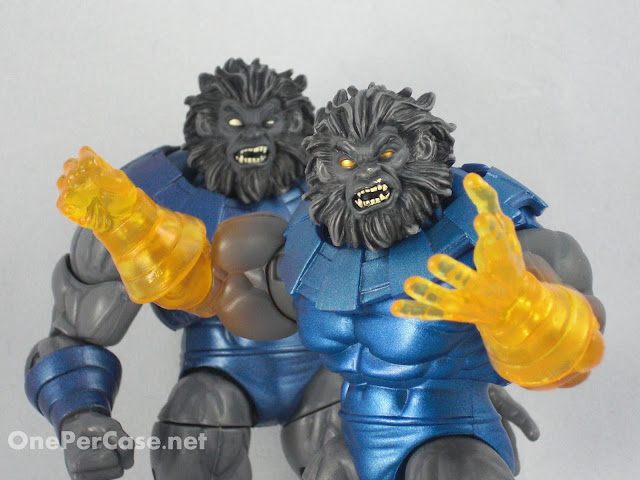