Next up in this weeks massive Marvel Universe updates, another Toys R Us exclusive comic pack, featuring yet another repaint of a figure that isn't out yet, and another repaint of a character you'd probably never expect to see teamed up with him.  More monochromatic weirdness after the jump.

I haven't read all of the Future Foundation arc, but I admit, it was an interesting concept.  Johnny Storm experiences a temporary case of death, so the rest of the team starts a similar but different team, and recruit a few new folks along the way.  Spider-Man, being a long time friend of the Fantastic 4, joins up, as does the last person you'd ever expect, Dr. Doom.  This pack, along with its case-mate the Spidey vs. Rhino pack (which I'll be skipping), and the two Avengers vs. X-Men packs (see Brett's review of the first of those here), are Toys R Us and Hasbro's latest attempt at rushing product to market to tie into a current hot topic that they didn't previously plan for (the "new" AvX series, and the Amazing Spider-Man movie).  In fact, nobody even knew this set existed until SDCC a few weeks ago.  Then it was suddenly at retail.  Hasbro snuck one by us.  Good times. 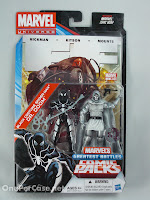 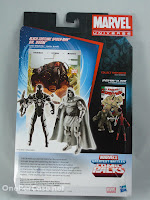 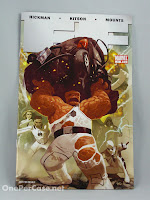 The packaging is like the rest of the comic packs series, but with a shiny silver "Toys R Us Exclusive" sticker on the bubble.  Oddly enough, only Spidey is included in the character artwork on the front of the bubble, no Doom.  The back of the card shows off both figures, as well as the Spidey/Rhino pack. 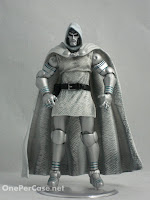 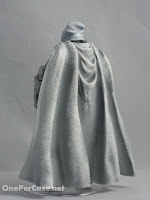 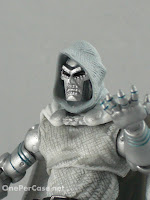 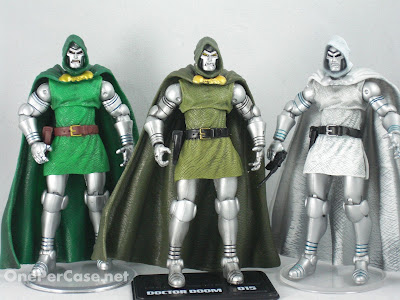 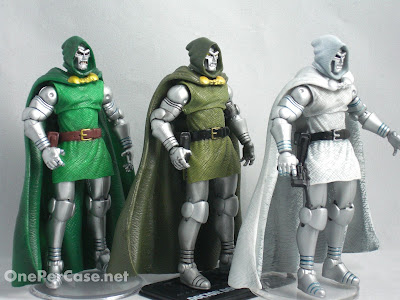 Dr. Doom in this set is a repaint of the Secret Wars comic pack Dr. Doom, which was also repainted as a single carded figure last year.  Unlike the single figure, he also includes the gun from the comic pack.  The armored parts of the figure are still silver with blue stripes, just the green parts are repainted in white.  This sounds like it should be a pretty plain looking figure, but Hasbro gave it depth and detail by using a grey wash on the "cloth" parts.  It actually looks pretty slick. 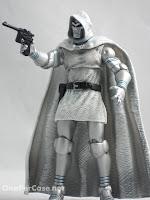 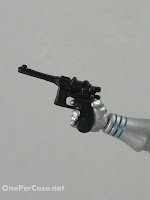 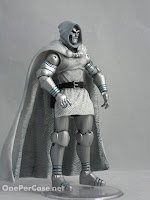 Articulation is pretty standard for the early Marvel Universe line.  Which is to say it's decent, but not spectacular.  I'd really like to see an updated Doom figure at some point with a more modern look to his armor, not just an Ultron repaint (yeah, if you didn't know, Doom's arms and legs are just repainted from the Secret Wars Ultron figure). 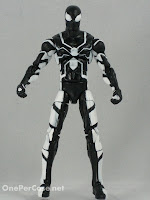 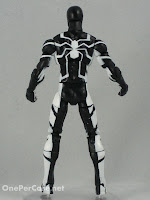 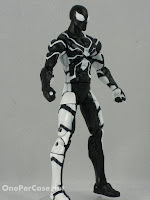 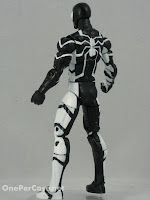 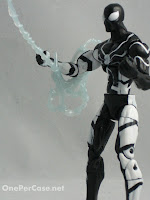 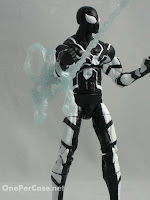 Black Costume Spider-Man is a repaint (pre-paint?) of the upcoming Wave 19 Future Foundation Spidey figure, which probably should've been out several months ago, but is instead gathering dust in a warehouse somewhere thanks to Hasbro's delay in distributing this line this year.  His colors are basically inverted from the single carded version, which is apparently his "stealth" mode.  I actually think this paint job is pretty cool, and I can see a lot of customer Flash Thompson Venom figures being made from this figure.  Unlike the single carded version, he also includes the web accessory from the Series 1 Spider-Man.  It's not great, but it's better than no accessory at all. 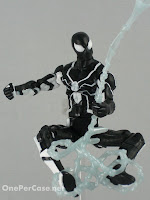 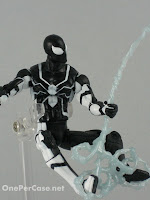 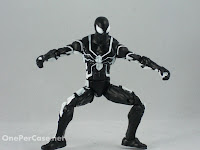 This Spidey uses the super awesome neato Jim Lee Cyclops buck, which has been used on such other notable figures as Steve Rogers, Namor, Daredevil and Bullseye.  The articulation on this buck is seriously awesome, including thigh swivels and ankle rockers.  There's just two problems here:  First, no thwippy hand.  Every Spidey figure should have at least one inter-changeable thwippy hand.  I will complain about this until it happens.  He's just not complete without his thwippy hand.  Secondliest, this buck, while awesome, should NEVER be used for a Spider-Man figure.  It's too big and buff.  Spidey should be slimmer and lankier.  I'd really like to see a slimmer version of this buck made and used for the smaller characters.  Spidey should not be the same size as Steve Rogers.  But I'll overlook it for now, as long as we don't get a classic red and blue Spidey on this buck. 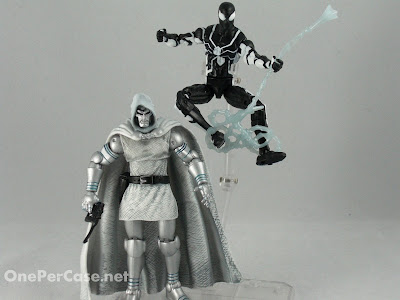 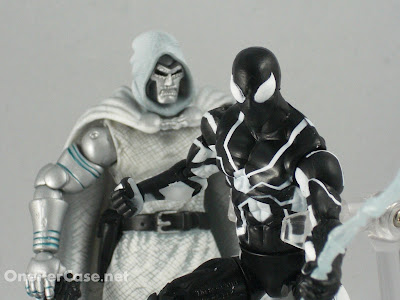 Over all, the quality of the figures in this set, and the included accessories (including the comic reprint), make it worth it's cost ($19.99 at TRU), but only if you're a fan of Future Foundation and actually picked up the previous FF team pack.  Without that, there's really no reason to get this set, as a white Dr. Doom looks pretty silly on its own out of the context of that team.  This set is hitting Toys R Us now. 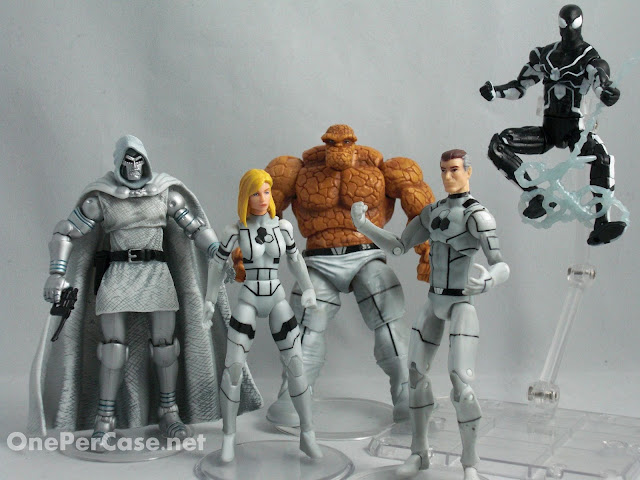