He's big, he's blue, and he looks like a cat.  This is not the Hank McCoy from my childhood.  Is he worth tracking down?  I'll tell you the answer, but it'll cost you a click on that "read more" link.

I grew up in the age where Beast looked like a big, blue, fur covered man-ape that happened to use the same barber as Wolverine.  Then I took a break from caring about the X-Men for a while, and when I came back, Beast looked like my house cat.  So admittedly, I have no real attachment to this character design.  The figure, though, I have to say is one of Hasbro's best efforts in this line to date. 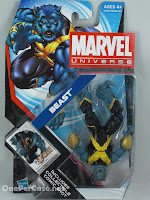 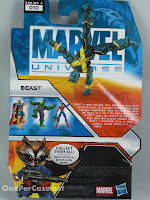 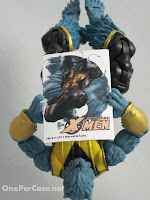 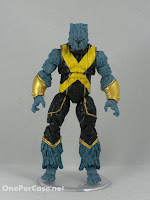 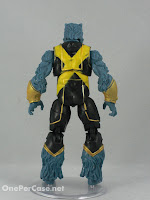 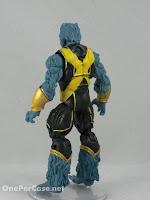 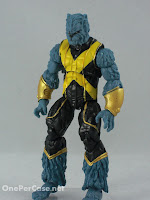 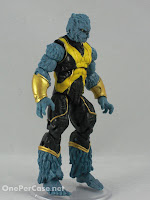 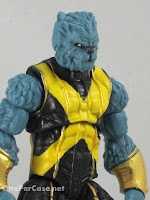 This figure of Dr. Hank McCoy is an entirely new sculpt, based on one of his most recent looks in the comics.  The sculpt is intricately detailed, with lots of fur, ribbing in the costume, and armored gauntlets.  The fur looks great, but I wish it were a little "wilder" looking, like some artist interpretations of the character.  This is recently-groomed Beast.  Except his legs.  I dunno what the heck is up with the go-go boot fur on the legs. 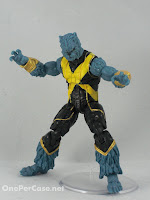 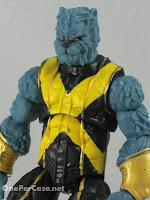 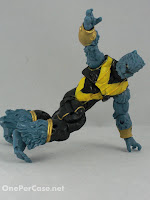 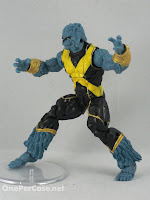 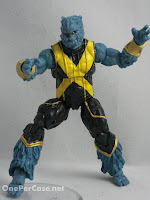 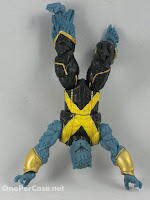 The articulation is great, and Hasbro has stepped up their game from your standard MU figure.  Beast features ball-hinged shoulders, wrists, ankles (with rockers), and neck (with the up-down hinge), ball hinged torso and hips, thigh swivels, double hinged knees, single hinged elbows, and most notably, hinges mid-foot to allow for some very agile, beastly poses.  You get two high-fives for the articulation, Hasbro. 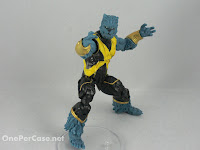 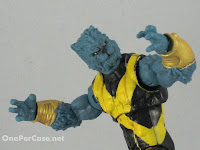 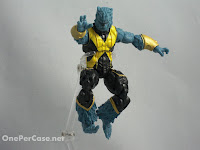 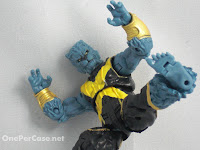 The paint job leaves a little something to be desired, at least on my sample.  There's some nice detail with metallic gold on the ribbing throughout the suit and a subtle dark wash in the fur to bring out detail, but some of the lines, especially the gold, are a little sloppy.  Not terrible, but not great. 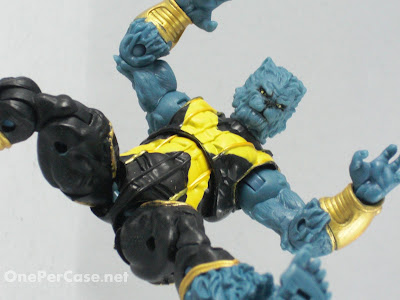 The figure unfortunately doesn't include any accessories other than the Astonishing X-Men comic shot.  I would have really liked to see some beakers and bunson burners here, maybe some schematics.  This figure needs to accessories to do science with!  But since this line is usually pretty light on the accessories, and the figure is all-new, I'm not surprised that he didn't include anything else. 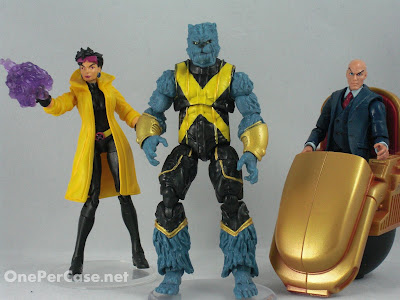 Over all, yes, this figure is definitely worth picking up, being a highly-articulated and nicely sculpted version of a character sorely missing from the X-Men line up until now.  I wish we would've gotten a classic 90's era Beast first, but I'd rather have this Beast than no Beast at all.  Wave 18 has just begun to show up at retail around the US, and is also available at BBTS now. 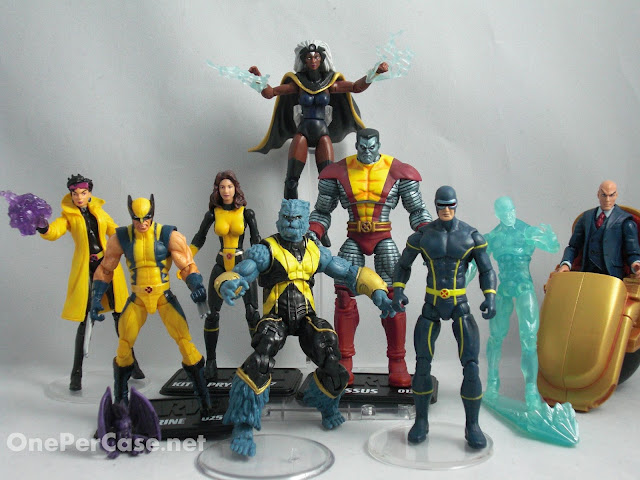