A lot of people waste time writing top 10 lists on what they want to see. I've even done it myself a time or two. Want a real waste? Try picking the top 10 that you DON'T want to see! With such a vast universe of characters to choose from, there are a number of Marvel duds out there that I would love to see Hasbro stay away from at all costs. In other words, if you see one of these made, be worried. If you see two made, start shouting about Hasbro "killing teh line!" Read on to see ten of the worst, in no particular order. 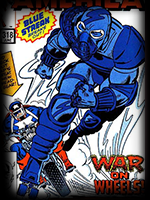 
While the character himself doesn't look that horrible, he's on roller skates. Not even roller blades, but skates. If that's not bad enough, he makes Captain America wear that goofy looking helmet to chase him on the motorcycle. Well, Cap has to wear a helmet, he's a bastion of safety. Blue Streak, no helmet, no pads, face it, you're asking for a serious case of road rash! 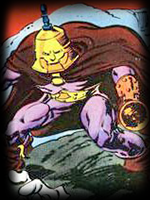 
Bad Cheech and Chong jokes aside, this guy has no business being made. He is what you'd think he would be. Well, the second thing you'd think he would be. If there's a reason you think he sounds more like a cheap Adam Sandler Halloween costume, it's because he's got a bell for a head. Now give him some candy! I understand that he's a Howard the Duck villain and all, but really, with a name like Dr. Bong, he belongs on the Tick. 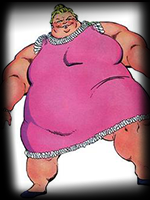 
Simply put, a waste of plastic... and a lot of it. She's a former circus performer who decided to become a terrorist in order to... take over the circus? Like any good overweight super-villain, she refers to herself in the third person. Oh joy. Well luckily Alpha Flight foiled her plans, and hopefully Hasbro is smart enough to foil and plans on making this a part of the Marvel Universe line. 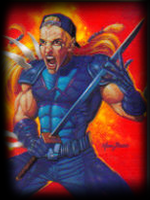 
Quite possibly the worst mutant ever conceived/ill-conceived. The guy embodies all that was wrong with the 90s. Maybe you can get him something to nibble on. Some pizza shooters, shrimp poppers or x-treme fajitas. Maybe he can wash it down with some Mountain Dew Extreme! And to top it all off, yes, he wears a backwards baseball cap. 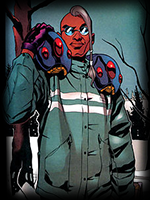 
He was advertised as one of the strangest X-Men. In other words, the "we're running low on ideas" X-Men. His digestive system took the form of two slugs with the ability to eat through practically any substance. After they eat, the slugs reentered Maggott's abdomen and passed nourishment into him, giving him incredible power. Oh yea, he also happens to look extremely uninteresting. If you have a lame power, you better have a kick-ass costume. Maggott does not. 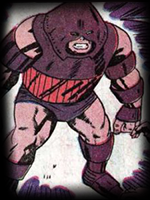 
Uncanny X-Men is my favorite title, and ol' Juggernaut is my favorite villain in that title. I'm always happy to get a new version of him in 3 3/4" scale or beyond. However, I just don't need to see him in his tightie... reddish/orangies. Put some pants on. If I want to see a dude be a bad-ass in his underwear, I'm looking to Walter White, not Cain Marko. 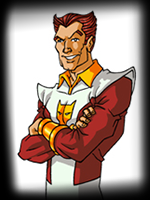 
Yes, I know he's an Avenger. Yes, I know he's a Titan and all. But let's face it, his hair is a cross between Logan and the Owl. He also explains why Thanos is so angry all the time. If I had a brother like Starfox, I'd be angry too. Uninteresting character, uninteresting design, and no business being given the privilege of a 3 3/4" figure. 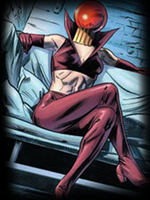 
She's a member of the Headmen. Get it! Thursday was a scientist who grafted an organic computer to her head,  composed of malleable plastic so that it can assume any form she wills it to. In other words, she has a big ball for a head. And not a cool big ball for a head like Mysterio, just a silly red ball. Hasbro, I know you're looking at that picture thinking, "So easy! We just use the female buck and leave the head off!". Please, resist the urge. 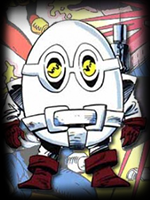 
She's in an egg-shaped suit of armor. Is that not enough for you? 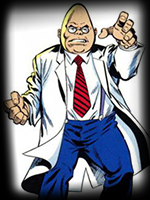 
About the only thing he's got going for him is that he's the arch-nemesis of Hank Pym. We all know there's a better Egghead out there, and he has the most egg-cellent puns! This Egghead allies with fellow dopey evil-doers like the Mad Thinker and the Puppet Master. Face it, he's a guy in a lab coat with a bulbous head. The only good thing about an Egghead figure would the jokes about eggs cooking when this guy lands his rightful spot warming the pegs.


Next time you see the reveals at SDCC, Toy Fair, etc. and think to yourself, "why even bother making that horrible character", just think back to this list and remember that it could be worse. Unless, of course, they make any of these. Then you're boned. Who else would you hate to see made?
Posted by Brett X at 11:36 AM