Photos coming in from Jason of the Hasbro Marvel Legends display case tonight.  Check'em out after the jump.

Here's a look at waves 3 and 4 of the Return of Marvel Legends line.

Looks like we WILL get a variant of X-Force Deadpool in his red and black outfit (yes!), a Future Foundation variant of Doom, and the previously known Mystique/Moonstar and Blade/Punisher variants.

Interestingly, it doesn't look like either of these waves includes a BAF.  They include the connecty stands that the 6" Avengers came with instead. 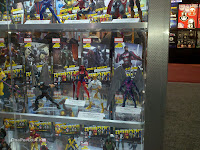 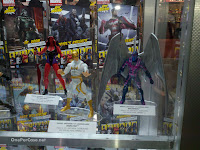 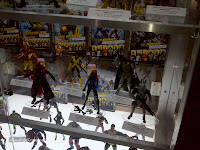 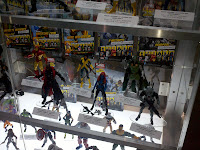 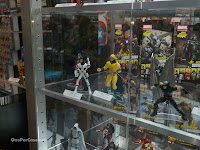 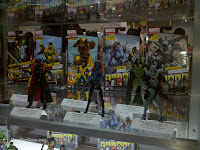 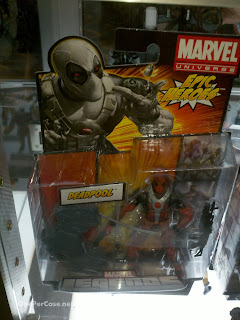