NECA's Predator figures are some of my favorite of any action figure line, and their yearly SDCC exclusives are always some of the best.  This year we got luck and got not one, but TWO awesome stealth-mode Predators, based on the classic Predator and Predator 2 designs.  A couple weeks ago, we looked at the Toys R Us exclusive Classic Predator.  Today we look at the SDCC exclusive City Hunter.

NECA really hit it out of the park with this figure.  I know I praise NECA in all of my reviews of their Predator line, but really.  This sculpt is my favorite of theirs so far, and I love having the invisible version to go with the others now.  This really is some of their best work yet. 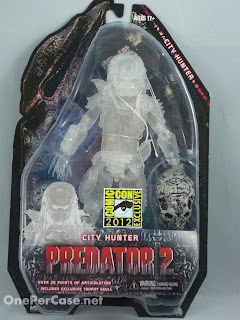 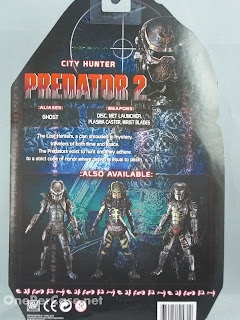 The packaging is identical to others in this line, but with the obligatory SDCC-exclusive sticker.  The back of the card features some character-specific art, the same bio used for the rest of the lost tribe, and a cross-sell for the upcoming Series 6.  Nice packaging to be sure, but I enjoy figures so much more once they're out of their prisons. 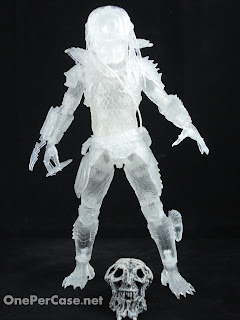 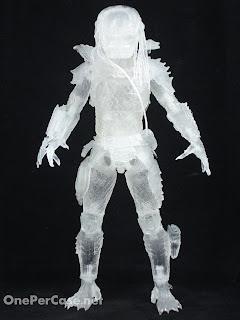 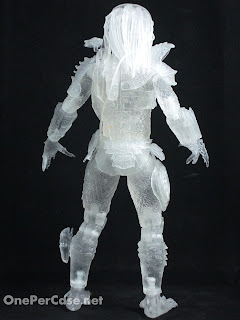 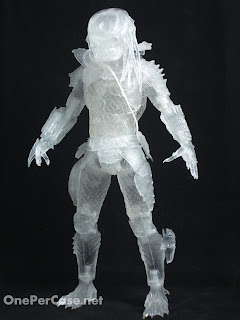 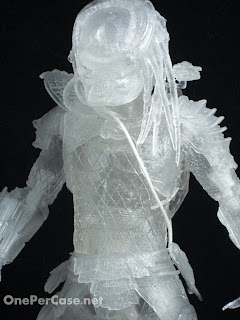 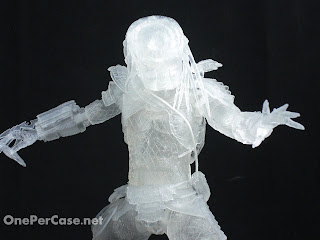 The figure itself is the exact same sculpt as the masked City Hunter from the Toys R Us exclusive 2-pack that came out earlier this year, but now cast entirely in translucent plastic.  The "cloaked" effect is awesome, and I'm a sucker for it each time NECA uses it.  And I'm still completely stoked that we got both of these classic Predators in their stealth modes back to back.  This has been a great year for collecting Predator figures.  I really hope to see NECA continue on with this license for a long time to come. 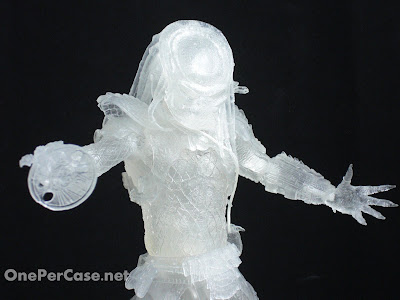 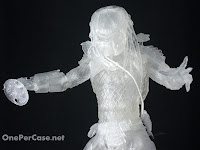 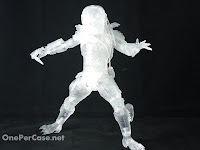 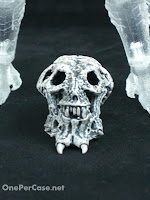 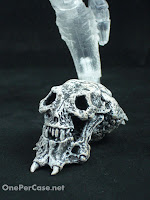 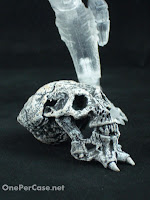 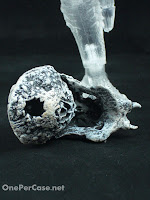 Accessory-wise, this figure includes his smart disc, also cast in translucent, and a trophy skull of an unknown alien species.  I think I was just as excited for this skull as I was for the figure itself.  Sure, we've gotten human, predator, super predator, and Xenomorph skulls in this line in the past, but this is the first trophy skull that indicates that we may one day, possibly, maybe have a complete set of all the skulls shown on the wall onboard the Yautja ship at the end of Predator 2.  And how awesome would it be if NECA also gave us a wall diorama to display them on?  NECA, if you're reading... I would buy that so fast it would make your head spin. 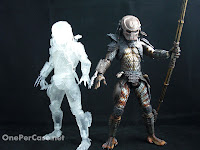 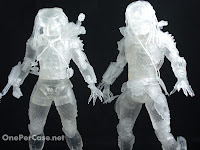 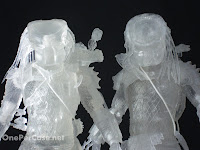 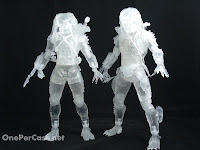 This figure, like the rest of the line, rocks hard.  If you missed it, shame on you. 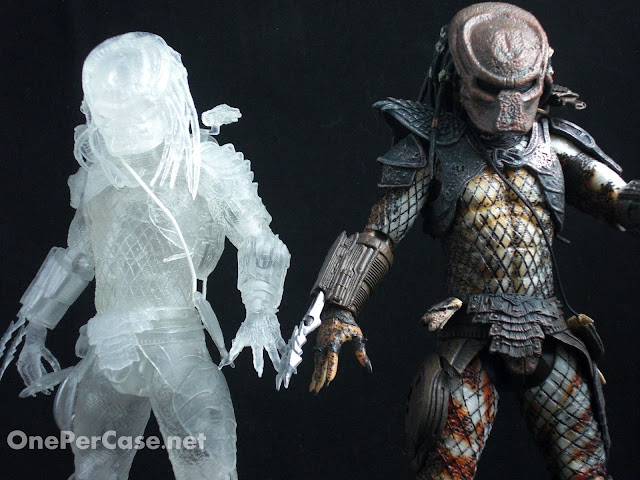