Marvel Universe Wave 19 Now Up For Per-Order at BBTS

Hasbro has finally made Wave 19, including the long sought-after Scarlet Witch, Kang, She-Hulk, FF Spider-Man and The Punisher, available for pre-order, and our friends at BBTS have all the details for us after the jump.

Hasbro proves once again that they don't quite get it with this case pack, as it includes two of each of FF Spidey, Punisher, and She-Hulk, but only one each of Kang and Scarlet Witch, and repacks of Series 1 Spider-Man (ok, this guy hasn't been on pegs in a while, but aren't we kind of Spidey'd out?), modern Thor (this guy has been available in a ton of formats lately), another Ghost Rider (also in Wave 18 cases), and another Falcon (because the 20 hanging on the pegs at my local store aren't enough).

So this case assortment is two-thirds awesome.  But, those two thirds are all kinds of awesome.  I'm looking forward to ALL the new figures in this wave.

BBTS has this wave available by the case, as a set, and singles of FF Spidey, Punisher and She-Hulk. 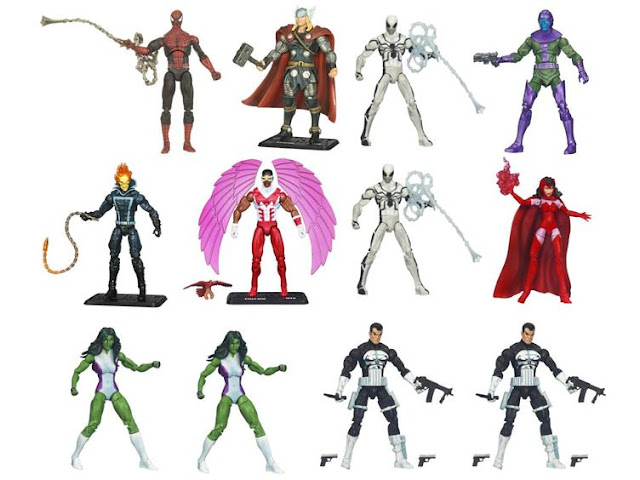