When it rains, it pours.  This is the first of many new Marvel figures I have to review in the coming days.  Based on the iconic Incredible Hulk #181, one of my all time favorite issues and battles, check out the review of this set after the jump.

This was one of my favorite issues as a kid, and still is to this day, so despite this pack being entirely repaints, I was pretty excited for it when it first got announced waaaayyyyy back in 2011. 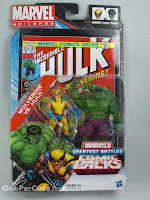 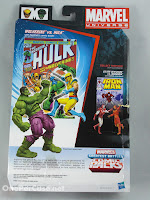 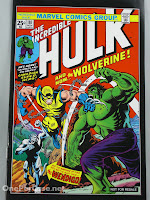 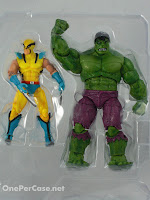 The packaging is slightly updated for this wave of comic packs (or at least I think it is, I honestly don't remember the last time I bought a new Marvel Universe comic pack) with the addition of the monochromatic collage of characters on the card back (visible only after you open the pack and remove the comic).  This started with the last wave of single carded figures (the Psylocke wave), and I think it looks pretty slick.  There's also some new character-specific art on the front of the bubble that looks pretty good. 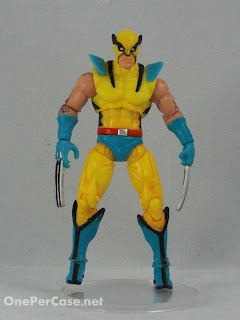 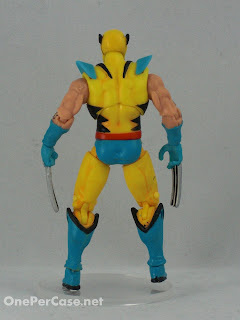 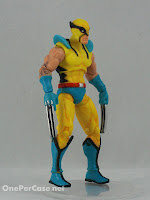 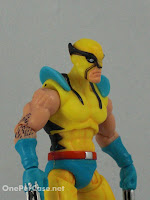 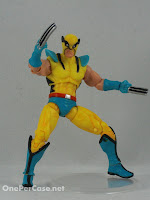 The Wolverine in this set is a repaint of last year's first appearance Wolvie, and honestly, I'm a little sick of this body sculpt, but this repaint actually looks better than the original carded release.  The colors of the costume are lighter and brighter, which gives it more of a 1970's comic vibe, but he also looks better with the whited out eyes and the addition of painted arm hair.  This is something that every Wolverine figure should have from now on. 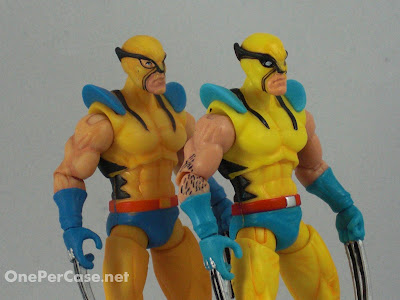 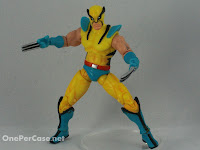 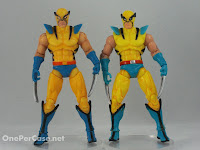 This Wolvie features all the standard articulation of the X-Men Origins: Wolverine mold, which isn't bad, but doesn't compare to the newest bucks Hasbro has released.  I'd really like to see a new Wolvie/runt buck done soon. 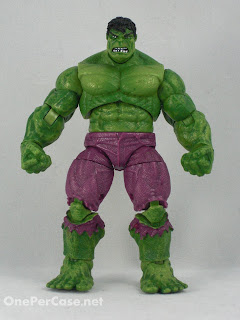 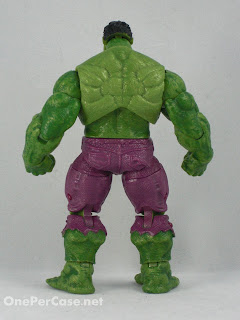 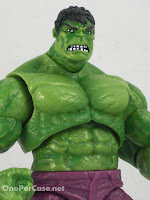 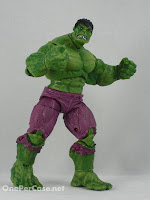 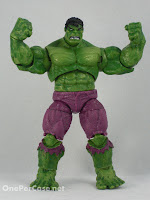 Hulk is the star of this set.  He is a repaint/pre-paint of the figure originally set for release in the still-upcoming Wave 18, which has not yet shown up at retail, and which was also released in the Walmart-exclusive Avengers Comic Collection box set.  The same figure was also repainted as Red Hulk in the Heroic Age Heroes box set.  So that's three repaints released at retail before the original made it out.  Your distribution SUCKS this year, Hasbro. 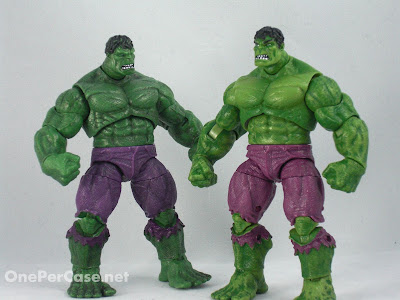 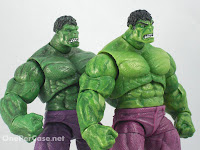 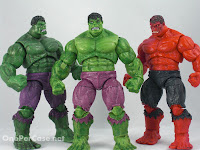 The sculpt is awesome, features lots of texture in the skin and pants, and some pretty good articulation.  He'd benefit even more from some rocker ankles.  The paint job was the real draw on this guy for me, though.  Where as the original version is cast in a dark green plastic with a black paint wash to bring out the detail, this version is cast in a lighter green plastic, and given a darker green paint wash.  This really helps bring out the texture in the sculpt, and in my opinion, looks better than the darker version.  His pants are a lighter purple, too.  This is a repaint I definitely don't mind. 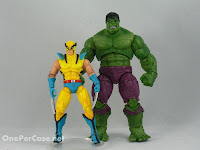 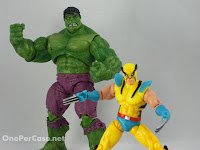 No accessories in this set, other than the reprint of Incredible Hulk #181.  And unlike some comic packs of the past, the pages inside this issue do actually match the cover. 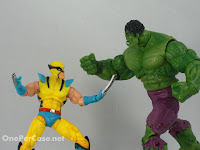 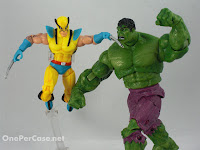 If you're a Hulk fan, this set is definitely worth picking up, and since Wave 18 is still nowhere in site at retail, you can get this set without feeling too guilty about it being all repaints.  This new wave, also including Juggernaut vs. Colossus and Iron Man vs. Mandarin, is showing up at retail now. 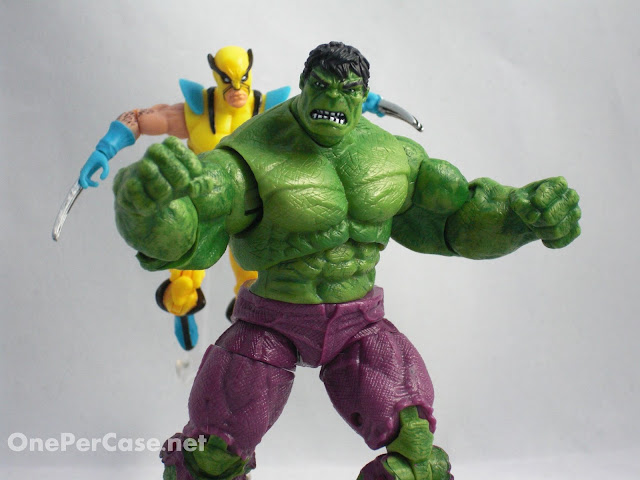