G2 Colored Bruticus up for Pre-Order

Today in the Transformers world, we received word that BBTS has put the Amazon exclusive Bruticus up for Pre-Order!

Check out where you can get yours and some pics after the jump!

For those of us fortunate enough to make it to San Diego Comic-Con... we were able to pick up the first iteration of Hasbro's first REAL combiner in years...

At SDCC, we got the Combaticon brawler, Bruticus! 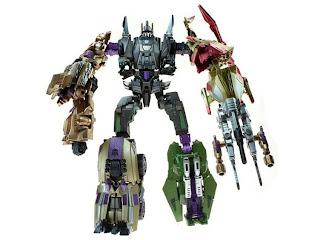 This new version of Bruticus is patterened after the one we will be seeing in Hasbro and High Moon Studios new game, Transformers: Fall of Cybertron. TF: FoC is the follow-up to the awesome 2010 game, Transformers: War for Cybertron... you'll be getting the skinny on TF:FoC from me once I play some. The new game has taken the old formula and cranked it to 11. But again, more on that later... we're looking at toys here.

It was announced today that Pre-Orders for the Amazon Exclusive for the G2 pattern Bruticus were now available from our  friends over at BBTS. You can Preorder your own G2 Bruticus HERE for a mere $59.99! That's a heck of a steal considering SDCC Bruticus was going for $120 FROM Hasbro AT the Con. You can still get an SDCC Bruticus from third party sellers or eBay for roughly twice as much.

Amazon also has a link for their exclusive HERE. But, the product is currently showing as 'Unavailable'.

As for the colors... the G1 Bruticus was very much 'military' colored. His colors were dark and drab... metallic and grey. Except Swindle for some reason, he was yellowish. G2 Bruticus was... well... take a look...


As you can see G2 did a number on this poor guy... as it did with the majority of G2 figures. The Amazon Exclusive version of Bruticus is patterned after the G2 color schemes. Now, those of you that are Transfans from at least the 90's know what being a G2 color scheme means... grotesque, garish, eye-assaulting, neon colors. And THAT is certainly what we are getting.

Admittedly... the more I look at G2 figures and their garish color schemes... the more I like them. Botcon 2011's Shattered Glass Thundercracker is a Prime (pun intended) example of liking an ugly figure...

G2 colors are a definite side-taking issue with TransFans. 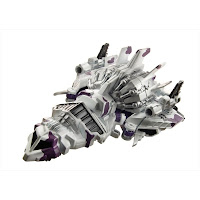 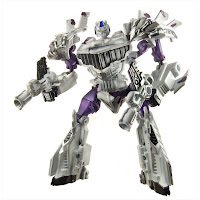 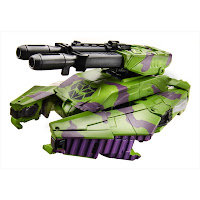 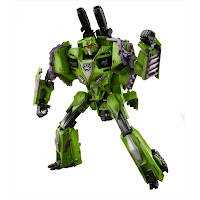 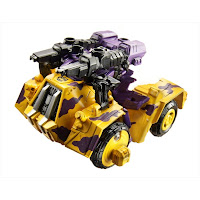 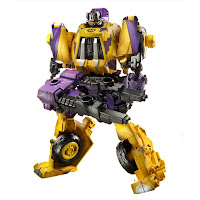 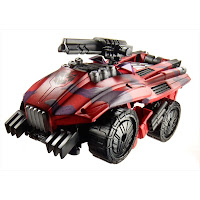 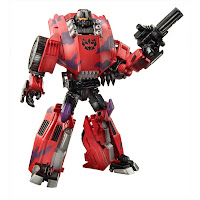 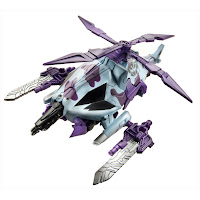 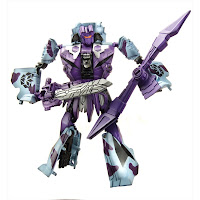 Ok... so not SOOOO neon... but a heck of an homage. This will be the SECOND color scheme for this mold. The THIRD color scheme will be Hasbro's mass market release of the Combaticons in the "Generations: Fall of Cybertron" Wv.2 assortment. There will be yet a FOURTH use of these molds... Hasbro is really getting it's money out of these... in the form of the Autobot Special Forces team, the Wreckers and their (NEW) combined form named after the RiD series Combaticons, Ruination.

That's a lot of Combaticons... and Wreckers.

I have yet to lay my hands on these molds... my own SDCC Bruticus will remain in his packaging. I'll more than likely keep G2 Bruticus in his packaging as well. The mass market Hasbro release will get opened though... and probably The Wreckers as well.