It was just last week that we learned of the existence of this second cloaked Predator, and now it's here.  Check out the review after the jump.

NECA announced back in May that a cloaked City Hunter would be this year's SDCC exclusive from the Predators line, but then we learned that a second cloaked predator, based on the original Classic Predator, would also be released around the same time, as a Toys R Us exclusive that would first be made available at the Entertainment Earth booth at San Diego Comic Con.

Well, apparently some of these have already been shipped to retail, as this one showed up locally a few days ago. 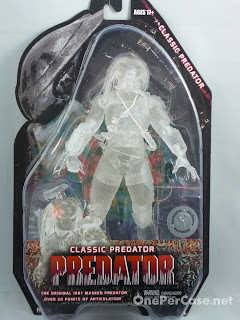 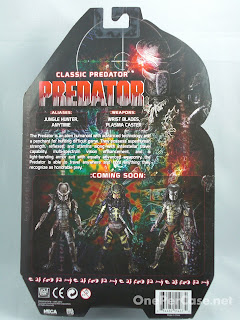 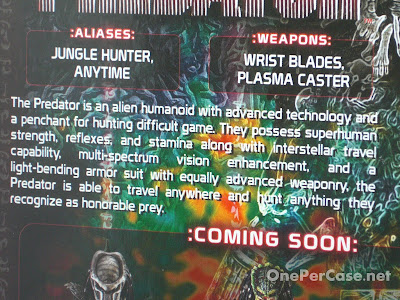 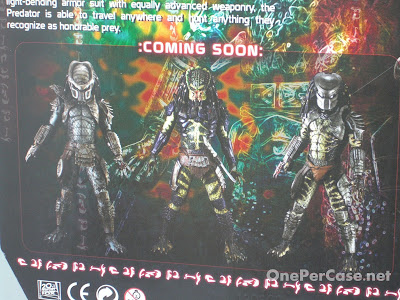 The packaging is similar to the rest of the Predators line, with the card back matching the movie that this guy is from.  The back of the card features a mid-cloaked image of the Predator, a bio, and a cross sell for the upcoming Series 6, which will finish off the Lost Tribe, due out in September. 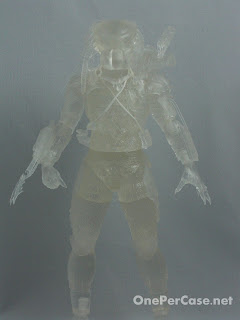 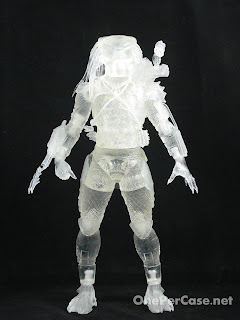 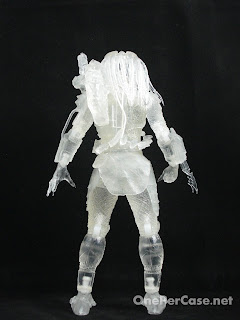 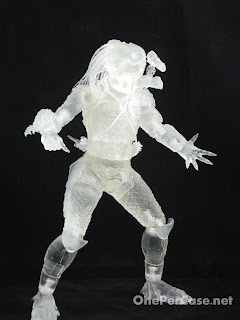 The figure is identical to the masked Classic Predator from Series 3, just cast in clear plastic.  This means this Predator unfortunately doesn't have the ball-hinged hips or double jointed knees, but articulation is still passable, with ball joints at the head, wrists, and ankles, ball hinges at the shoulders, elbows and knees, and swivels at the waist, hips and upper thigh.  Since this is my favorite Predator, though, I do hope that we eventually see all the iterations of the Classic Pred updated with enhanced articulation. 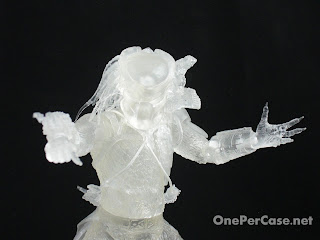 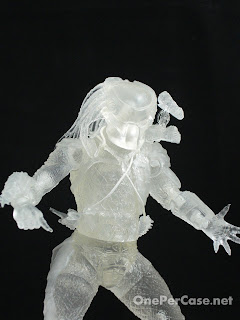 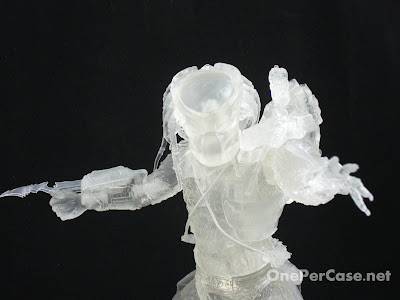 All the accessories from the non-cloaked version are still present as well, including the plasma caster with removable backpack, retractable wrist blades, and three trophy necklaces. 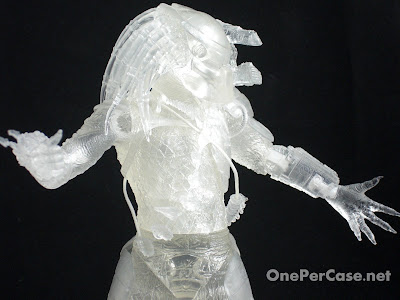 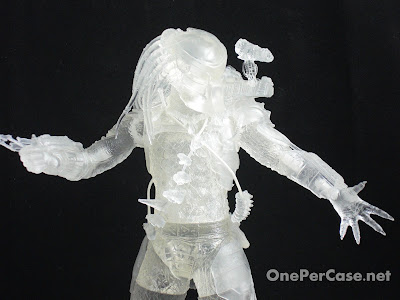 The "cloaked" effect is pulled off pretty well with the use of the translucent plastics.  There is absolutely no paint on the figure.  Unfortunately, when doing clear figures like this, you have to deal with some visible inner-workings of the figure, such as joint pins, but this isn't too bad on this figure, and doesn't really distract from the overall effect. 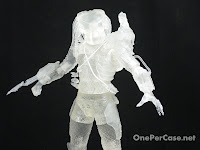 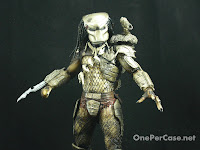 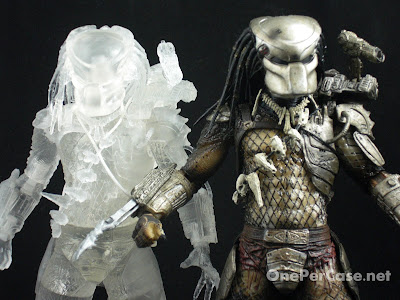 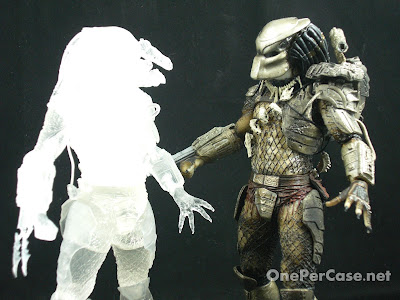 Overall, if you're a fan of the Predator, of translucent figures, and of NECA's awesome Predators line, this figure is definitely worth adding to your collection.  The "Classic Predator" really is the iconic representation of the creatures, and having him in his "invisible" form compliments the other versions of this character nicely. This figure will be available later this week at Entertainment Earth's booth during San Diego Comic Con, and is also showing up in Toys R Us retail stores now. 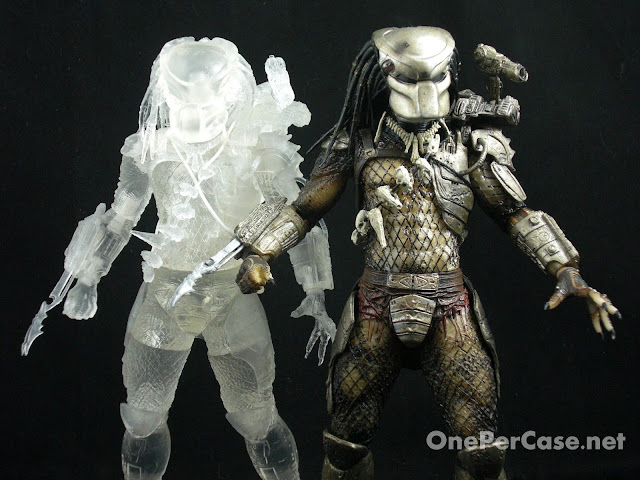