Want to see what's in store for the next wave of Hasbro's The Avengers line?  Get an early look after the jump.

The fourth wave of Hasbro's Avengers movie line isn't due out at retail for about another month, but the figures became available through a Chinese ebay seller recently. 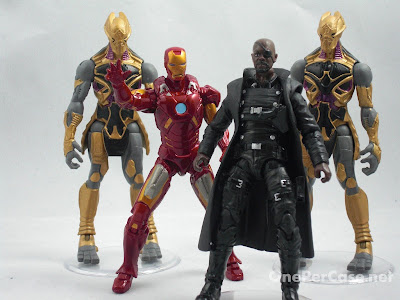 Disclaimer:  These figures may be factory rejects, or may differ from the final versions we'll see at retail soon.      These figures did not include any packaging or accessories.  As such, I don't consider this initial review to be the final word on these figures.  I'll do a full review on each when I have retail product in hand. 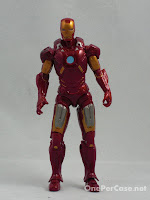 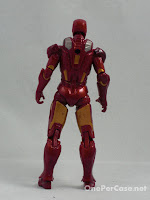 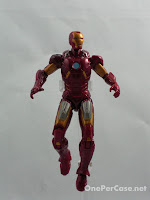 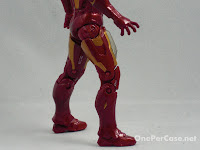 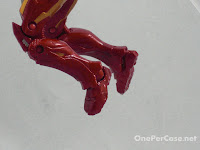 The "Super Articulated" Iron Man Mark VII is far from actually being super articulated.  Yes, it is an improvement over the first Mark VII release, but only barely.  From the waist up, the figure is exactly the same mold as before.  It only has new legs.  The first release had ball hinged knees and no ankle articulation. This new version features double jointed knees and ball hinged ankles with rockers.  The added articulation is a step in the right direction, but this figure still lacks wrists, waist or torso articulation. 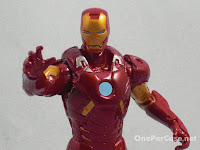 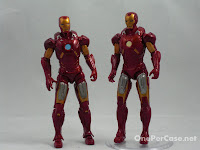 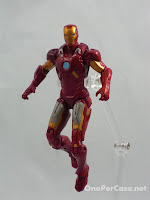 The paint is basically the same as before, but the arc reactor is solid blue instead of solid white now, and the repulsors on the hands lack any paint detail.  So this is still a pretty lazy paint job.  Overall, the improvement in articulation is just enough to make you kick yourself for buying the first version.  This figure pisses me off. 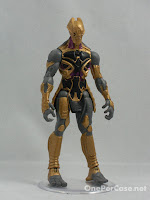 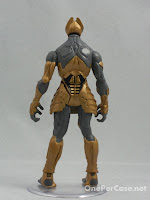 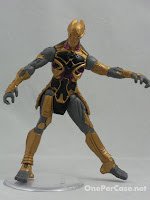 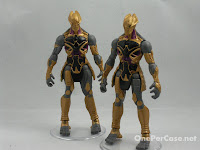 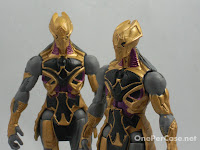 Other than the fact that the Hasbro designers were obviously on drugs the day this figure was designed, the sculpting detail isn't bad.  There's some good detail in the armor. 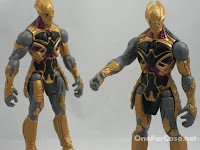 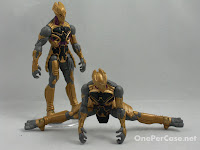 We're getting a deluxe Chitauri with chariot around the same time as the single carded figure, so I'm hopeful that that one will have elbows and knees.  Or maybe this is the deluxe one, and that's why it lacks elbows and knees?  Guess I'll know for sure when they start hitting retail. 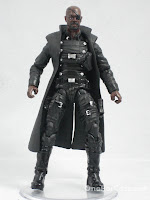 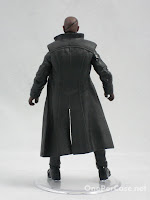 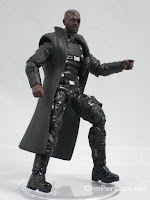 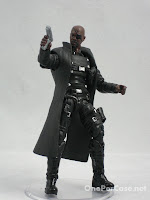 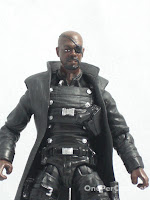 Nick Fury uses the body from last year's Captain America line Winter Soldier, with a new head, jacket and arms.  The head bears a decent likeness to Sam Jackson, but honestly, I think the Iron Man 2 version still looks better.  The new coat is kind of cool, but the new arms lack wrist articulation, and the paint on the head and hands seems sloppy. 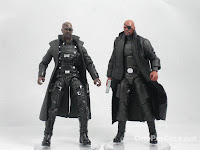 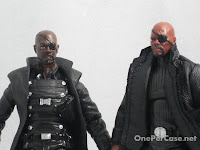 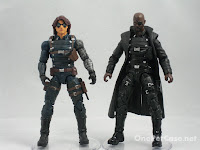 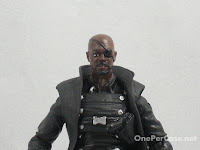 Also, I don't like this body for Nick.  The torso looks nothing like his costume from the movie.  It's kind of sad that both versions of Fury we've gotten in the 3 3/4" line have been cheap kit-bashes using other figures' bodies, but at least the first version looked like what he wore in the movies. 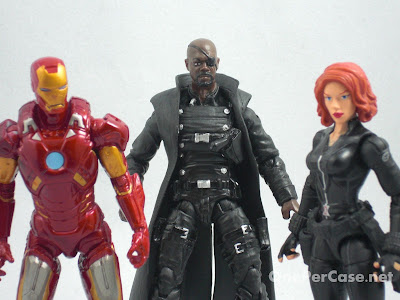 When this line hits retail in the coming weeks, we'll see if the packaged samples with their accessories are any sort of improvement, but so far, this is shaping up to be a pretty weak wave. 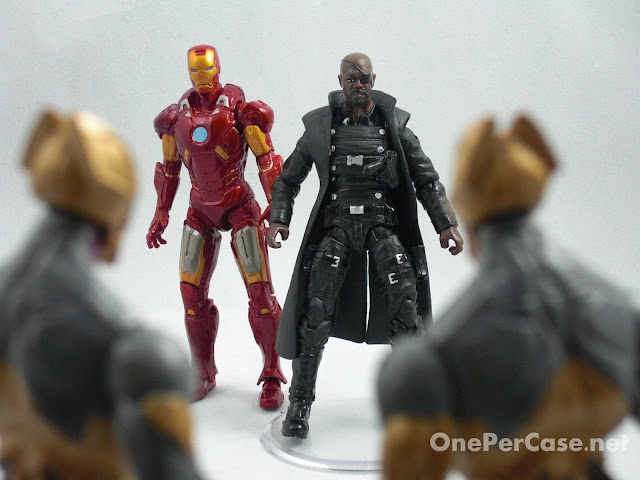