Time to catch up on a part of my collection I’ve been neglecting lately, Star Wars.  Let’s start with Starkiller.  Is this figure as much of a success as the original “The Force Unleashed” game, or as big of a disappointment as the sequel?  Find out after the jump.

The Vintage Collection has been very hit-or-miss in terms of availability, distribution, and even character selection, with these three most recent waves becoming available online in rapid succession with almost no sightings yet at retail.  Luckily, our friends at BBTS have these waves available while our local chain stores are still choking on the Phantom Menace glut that we all knew would kill distribution for months afterward.

I’m a big fan of good Star Wars EU, and I actually like the character of Starkiller, AKA Galen Marek, quite a bit.  The first Force Unleashed game, despite its ridiculous premise, was actually pretty good.  The game play was solid, the story held my interest, and I enjoyed Sam Witwer in the role of the main character.

Then the sequel got announced, I got my hopes up that it would be just as good as the first, and it sucked.  Bad.  What a let down.

This figure alone is better than the craptastic game it is based on.  But it’s not without plenty of its own flaws. 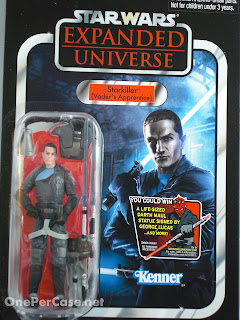 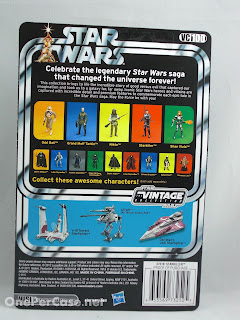 The packaging for the Vintage Collection is pretty great.  Very nostalgic.  The only problem is when it comes to Expanded Universe (or Prequel) figures like this.  There are no old Kenner versions of these figures.  So there’s nothing to get nostalgic about.  This packaging does nothing for me as far as this figure goes.  Sure, it looks kinda cool, but I couldn’t care less about it.  I guess that’s a good thing, though, since I gave up the MOC habbit a few years ago.  Let’s tear this sucker open! 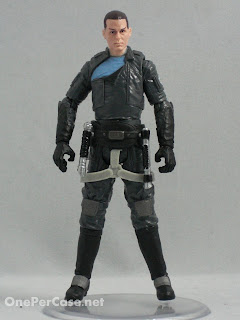 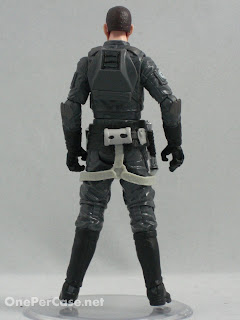 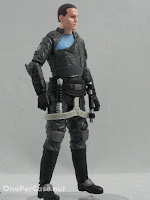 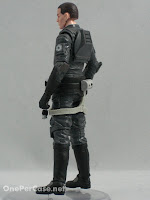 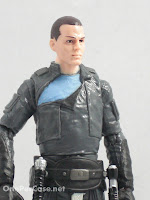 Finally, Hasbro has sculpted a face that actually resembles Sam Witwer.  Previous versions of Starkiller really didn’t look much like the actor that played him.  You get a high-give here, Hasbro.  The sculpt as a whole is pretty solid.  Great detail in the face, the fabric of the costume, and the armor.  My only minor complaint with the sculpt is that the lower legs seems to be at a goofy angle.  He doesn’t exactly stand up straight in a neutral pose. 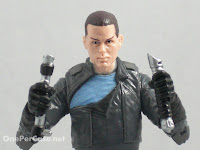 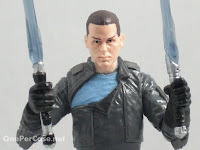 Articulation is par for the course.  Ball jointed head, ball hinged shoulders, elbows, knees and ankles, swivel waist, wrists and hips.  It's not bad, but it's not exactly impressive in 2012.  I'd like to see some more dynamic range of motion.  This character especially deserves to be able to be put into extreme poses. 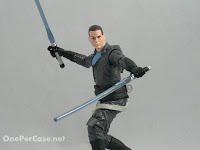 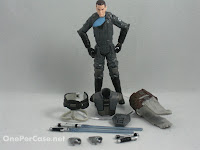 The paint job is pretty decent, though there’s not a whole lot to it.  Mostly grey for the flight suit, some black and silver, a little bit of blue.  There is one glaring mistake on my sample that is driving me nuts, though.  It's especially apparent in all the photos I took for this review.  Can you spot it? 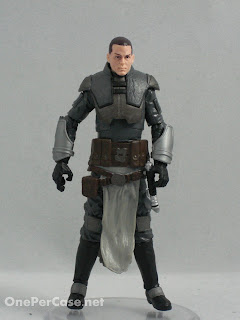 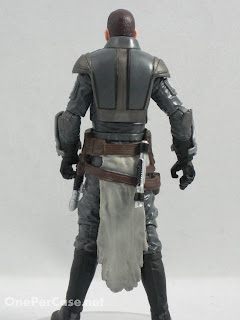 Starkiller comes with a lot of accessories, which is especially impressive given how small the bubbles for these packages are.  We've got two unlit saber hilts, two lit sabers, two gauntlets, two different belts, chest armor and a back piece for the flight suit.  Both of the belt pieces have holes for the unlit sabers to plug into, which is awesome.  I'm a little confused why the two sabers are different though... if I recall correctly, Starkiller had two matching sabers in the game. 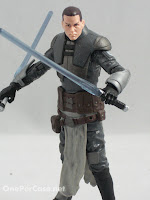 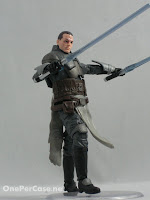 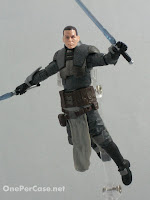 I totally appreciate what Hasbro was going for with this figure, adding accessories to give the figure an alternate outfit, but I don't think they pulled it off that well.  The chest armor makes Starkiller look like he has no neck, and it inhibits his range of motion in the arms pretty badly.  The belt/loincloth piece is a little loose because it doesn't have a clasp, and instead fits over the figures legs and waist, also cramping the range of motion in the legs.  Not to mention, I don't think the character ever wore all this armor over his flight suit in the game.  So accessories are a solid B+, but execution is a C-. 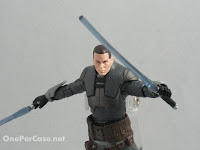 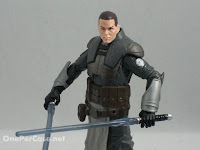 Overall, this figure is neat for what it is, am expanded universe character, but it won't win any awards.  The playability factor is its main redeeming quality.  If you like the Force Unleashed games, or the EU in general, pick this guy up.  But if not, you can safely skip him. 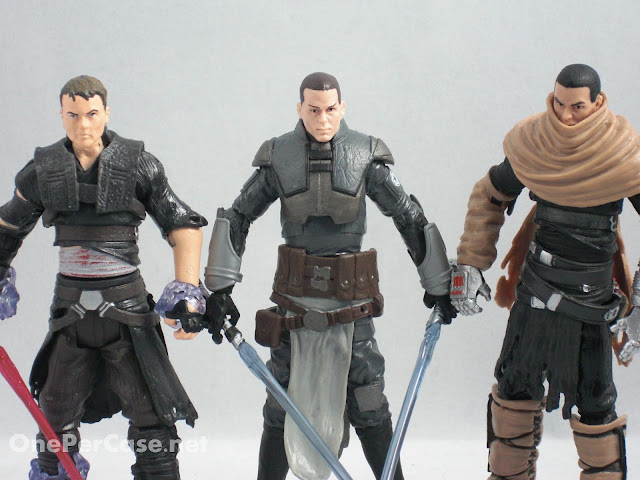 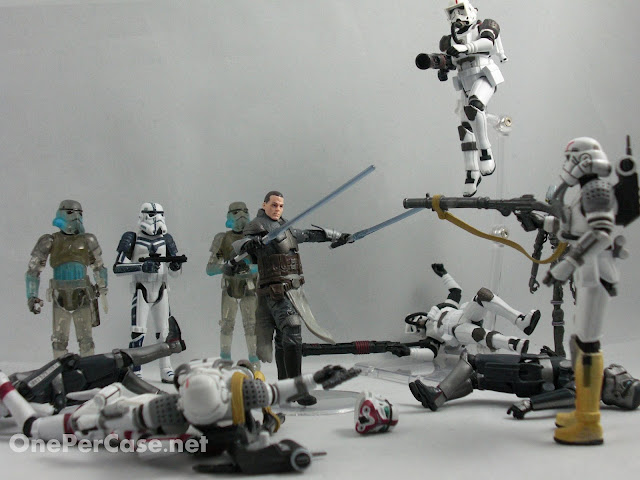