Next up in the first series of Big Fish Toys’ Mass Effect figures is Thane Krios, the Drell assassin. Despite being an assassin, Thane is a spiritual man, and prefers to get up and close to his victims rather than sniping like a coward. He’s also one of the most popular characters in the Mass Effect universe. So did Big Fish Toys do him justice? Read the review to find out! 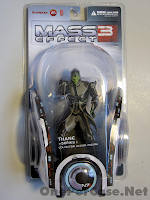 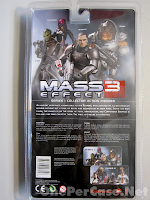 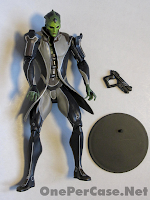 I think of myself as a fairly well informed toy collector, but I hadn’t heard of Big Fish Toys prior to them picking up the Mass Effect action figure line (that DC Direct dropped). Their packaging for the Mass Effect is fairly industry standard. A relatively generic card on a basic clamshell that you might see from McFarlane, Neca, or any other number of toy companies that deal in this scale. Other than the sticker on the front, there’s nothing that makes the packaging uniquely Thane. 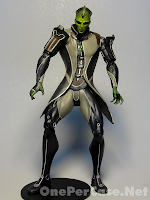 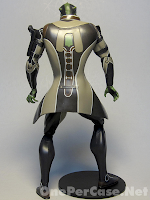 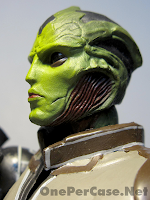 I have mixed feelings on the way Thane looks. I think the head sculpt turned out great. The face, the head ridges, the gills, they’re all well sculpted and painted. The deep black eyes are captured well. His outfit is fairly simple, and it could have been helped by a little more detail. What’s there looks good, I just think it could use a little more to it. Part of the benefit of this scale is that it allows for more detail, and I would have liked to see Big Fish Toys take advantage of that. 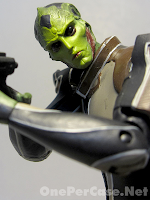 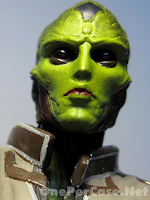 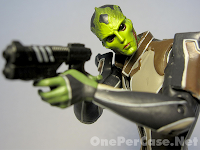 Thane comes with one lone accessory, an M-4 Shuriken submachine gun. Once again, Big Fish Toys has really outdone themselves on the firearm. It looks just like you would want it to. Solid sculpt, great paint apps, I just don’t have anything to complain about, other than it’s the only accessory we get. I suppose you could make an argument that the DLC code could count as an “accessory”, but it would be a weak argument at best. 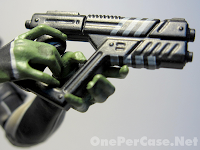 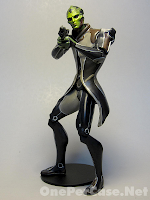 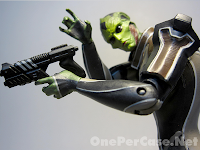 The main problem with this figure is that Thane is pre-posed in such a way that he can’t stand up straight. As a result, he ends up looking like a cross between Herman Munster and something out of Michael Jackson’s Thriller. Once again, he has point of articulation, but they are centered on a very specific pose. If you want Thane hunched over holding his M-4 in a somewhat threatening manner, you’re in luck. If you don’t like that pose, you’re pretty much boned. At least on this one, he holds his weapon really well, again provided that you stick with your preselected pose. 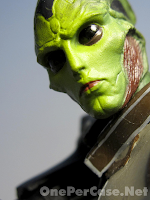 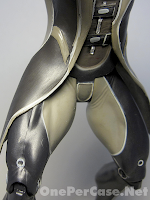 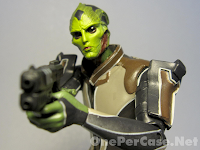 Overall, here’s all you need to ask yourself if you’re thinking about picking up Thane. One, can you live with the pose? Two, do you want a Thane figure? While this line seems to have pre-ordered fairly well, I’d be surprised if we get a third wave of figures, let alone remakes of those already released. If you want a Thane, this is your only shot outside of a custom. 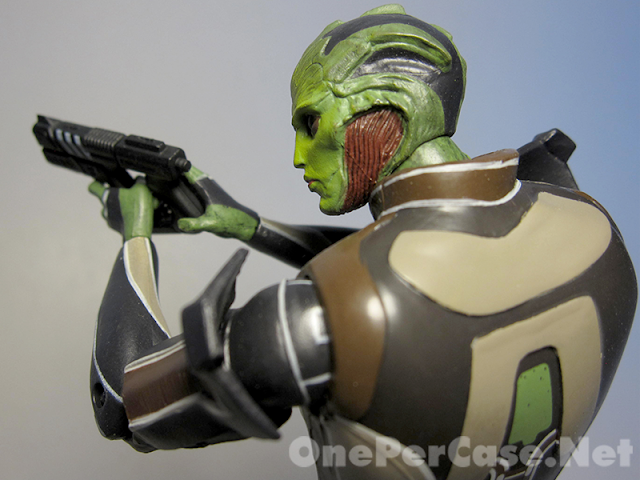