Time to swim on to the second wave of Big Fish Toys’ Mass Effect action figures. To kick it off, we’ll take a look at your favorite Salarian mad scientist, Mordin Solus. As a former operative to the Special Tasks Group, there’s much more to Mordin than meets the eye. How does the figure stack up? Read on to find out. 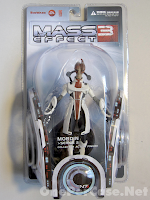 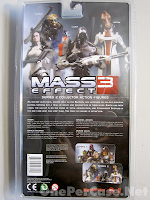 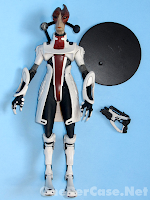 Big Fish Toys switched up the packaging for Mass Effect series 2. Unfortunately, they didn’t switch it up much. It’s the same clamshell as series 1, just with the series 2 figures highlighted on the back, and the descriptions for the new characters. Once again, the bubble has a small sticker with the character’s name, and the front has a big gray area where a great picture of Mordin could be. 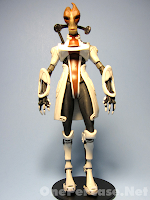 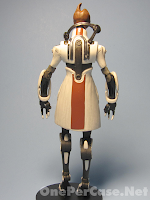 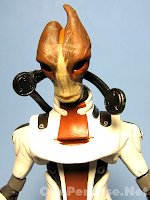 Overall, Mordin is a fairly accurate representation of the character. The head sculpt looks nice, and once again Big Fish Toys has done a great job on the figure’s eyes. The bar behind is neck, for some reason, is cast in a very stiff and brittle plastic. Unfortunately his head is a bit low, and if you put it too far back or look at the bar funny, it will snap off. Note the small dab of superglue in the later pictures. A toy should be able to handle standard movement without breaking. A softer plastic would have made this a non-issue. Ball dropped, Big Fish Toys. The legs and boots look fairly good, as does the coat, gloves and the rest of the figure. For me, it’s a little lacking in detailing. For a figure in roughly a six inch scale, I expect a little bit more. 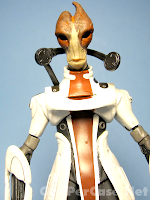 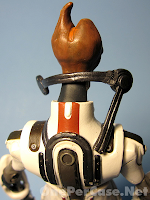 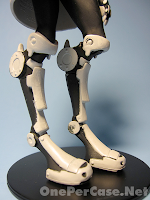 Mordin comes with an M-5 Phalanx heavy pistol. Thankfully, Big Fish Toys continued to do a nice job on the accessory. Unfortunately, that’s all we get. A small, well done, pistol. If you get it just right, it fits in Mordin’s hand fairly well, but it’s tough to get it to stay there. If the figure only has one prop, it would be nice if he could hang on to it. 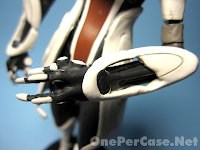 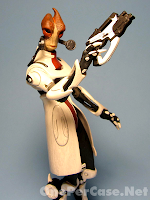 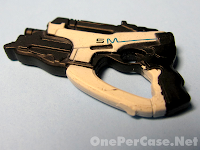 If you want Mordin to do much, you’re in for some disappointment. He’s got hip and knee articulation that is adequate. The design of his legs are such that Mordin could potentially be tough to stand, so maybe lower articulation is for the best. The head swivels around well, but again, if you hit the bar behind Mordin’s head, the bar will snap off. Upper body, he’s got shoulders that are limited by the sculpt, elbows that sort of move and immobile wrists. Once more, there’s no chance of this figure holding his weapon with two hands. At least this time, it’s only a pistol, so one-handed makes sense. 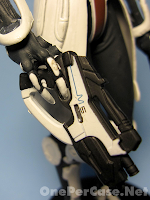 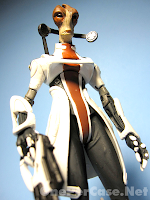 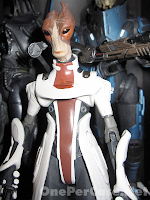 Unfortunately, the second series of Mass Effect figures has failed to step things up in any way. Mordin is another great character that ends up with an adequate representation. It’s great to have a Mordin in your crew, but it would be greater to have a well-made Mordin. In this larger scale and for the money you pay, you should expect more out of these figures. 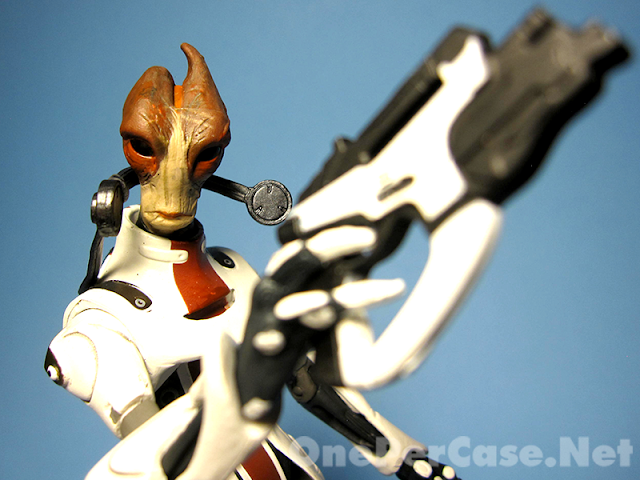