No good action figure line feels complete without a “big guy”. Wisely, Grunt was selected as part of the first wave of Mass Effect figures from Big Fish Toys. The “big guy” can often end up clunky and awkward, which wouldn’t reflect this genetically engineered Krogan super-soldier’s youth and agility. Yes, he’s basically the Krogan Captain America. Read the review to see how this piece of plastic lives up to its namesake. 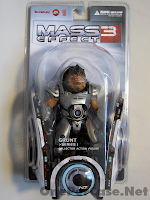 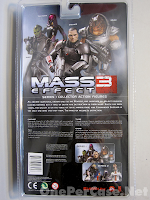 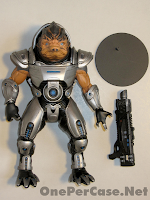 This is the third review for one of Big Fish Toys’ Mass Effect figures. I’m not going to spend a lot of time on the packaging. As with the others, it’s the standard “good, not great” generic Series I packaging with a sticker on the front to let you know that you have Grunt. 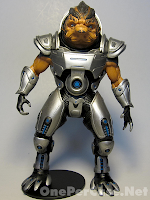 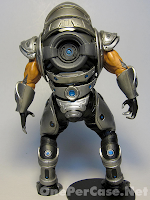 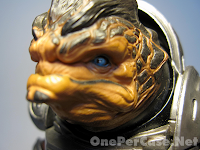 I think most people will be happy with the sculpt on Grunt. Compared to the rest of the line, he’s a huge hulking menace, just like any good Krogan should be. The head sculpt is great, and once again Big Fish Toys has done a great job on the eyes. The crest, ridges, scales, all look nice. I think the color might be a little rich compared to the video game, but I may be remembering wrong. The armor looks screen-accurate and the boots are well shaped. 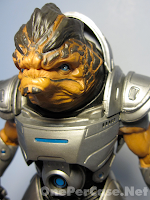 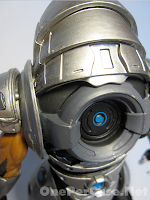 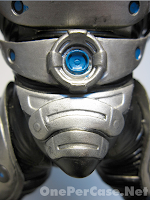 Big Fish Toys has again included a single accessory. It’s a large and imposing M-300 Claymore shotgun. It looks like it could do some serious damage, which (in the game, anyways) it can. Great paint apps with some nice weathering and a good sculpt. My only complaint is that it’s not terribly screen accurate. It looks the part, but the fin on the back is a little longer than it should be, and there should be a “300” on it. Am I being harsh? First, they spoiled me with great weapons on the other figures, so now I have high expectations. Second, when I only get one accessory, it had better be a damned good accessory. 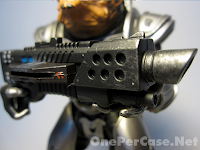 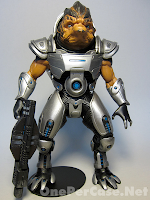 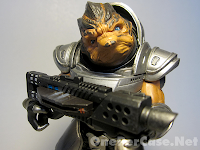 The articulation on Grunt is (like the other Mass Effect figures) there, but once again hindered. The upper arms run into issues with the armor. The lower legs don’t have a whole lot of maneuverability, but I’m actually ok with them. Unlike the other figures I’ve opened so far, Grunt doesn’t seem to be designed with a particular pose in mind. This wouldn’t be so much of an issue if his upper body was more flexible. Unfortunately, he can’t hold his shotgun with both hands very well. Even for a Krogan super-soldier, an M-300 Claymore is really a two-handed weapon. 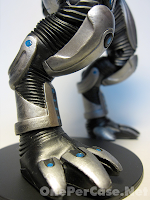 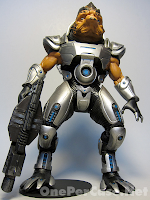 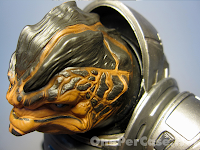 Once again, you’re left in a “like it or leave it” situation with Grunt, as the chances that we’ll ever see another are extremely slim to none. On his own, I may be inclined to pass, but as a part of the Mass Effect crew, c’mon, you gotta have a Grunt! 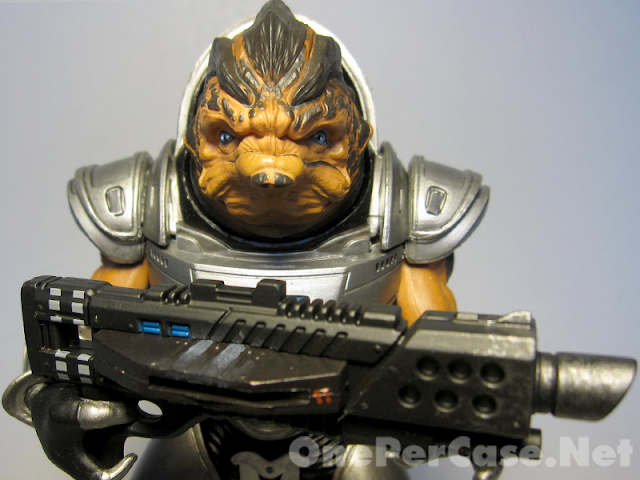