Hasbro sure seems to be a big fan of the surprise, unannounced variants in the Marvel Universe line lately.  Here's the most recent, the translucent Iron Spidey.


I stumbled upon this figure about a month ago while out on a business trip, threw him in my suitcase, and then promptly forgot about him amidst all the Avengers hype.  This figure actually started showing up several months ago, as part of a revision case, but I didn't care enough to go out of my way to find him.  But upon seeing him in person, I made the "not bad" face and bought him. 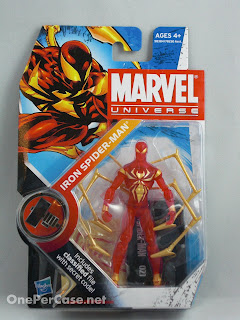 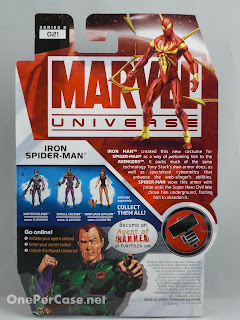 As far as variants go, this one doesn't exactly make much sense.  Feel free to correct me in the comments if I'm wrong, but I don't recall Iron Spidey (or the Scarlet Spiders, which this figure more accurately depicts with its 4 waldoes instead of the 3 that Spidey had) ever turning intangible/translucent.  I think he/they turned invisible once, but in that case, wouldn't a "clear" Iron Spidey make more sense? 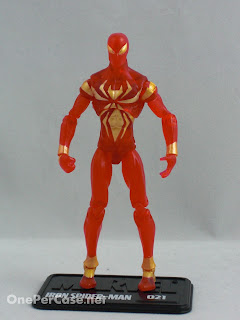 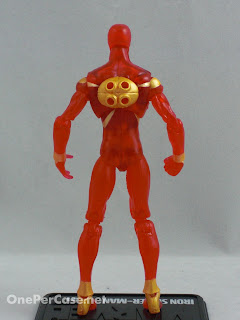 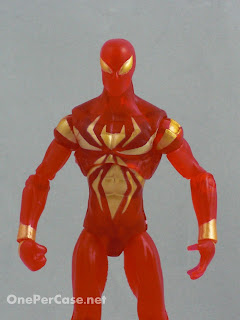 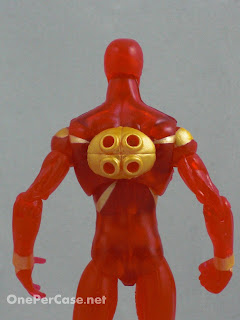 I digress.  This figure is kinda awesome as a novelty, which is the only reason I picked him up, but it's still an almost two-year old figure at this point.  Chances are, if you collect Marvel Universe, you're already pretty familiar with this guy.  Articulation's good blah blah paint job's decent blah blah.  So on that note, on to the photos! 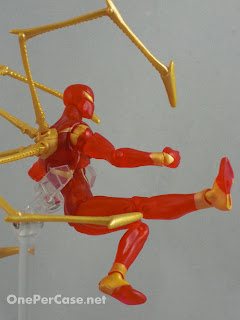 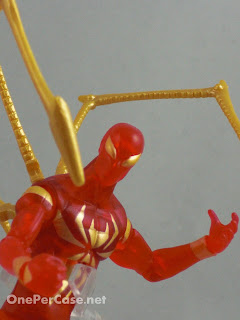 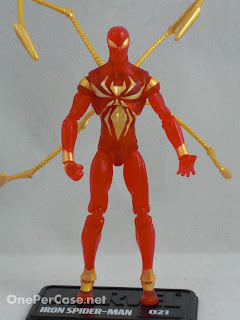 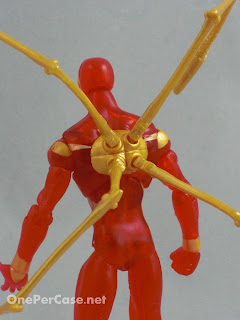 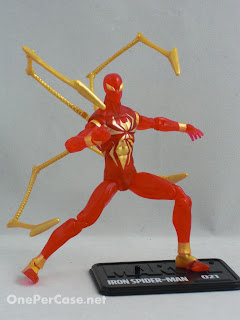 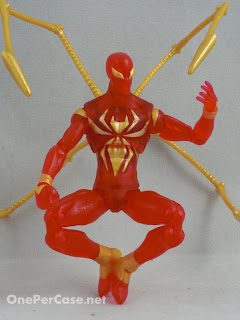 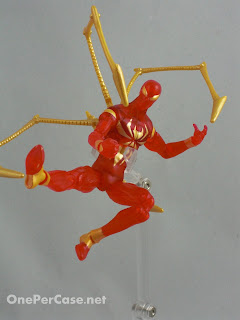 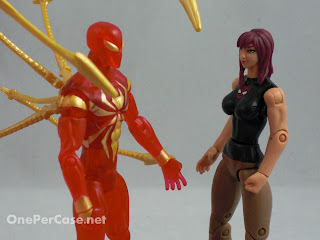 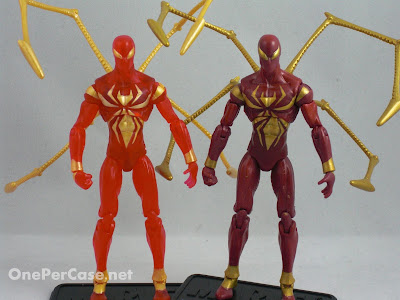 This figure uses the same buck as many other Spidey figures in the Marvel Universe line- Black suit Spidey, House of M Spidey, Spidey 2099, Scarlet Spider, and a couple different comic pack Spider-Mans.  Not to mention countless other characters.

Overall, unless you're a die-hard Spidey fan, this guy is neat if you run across him, but not worth going out of your way for. 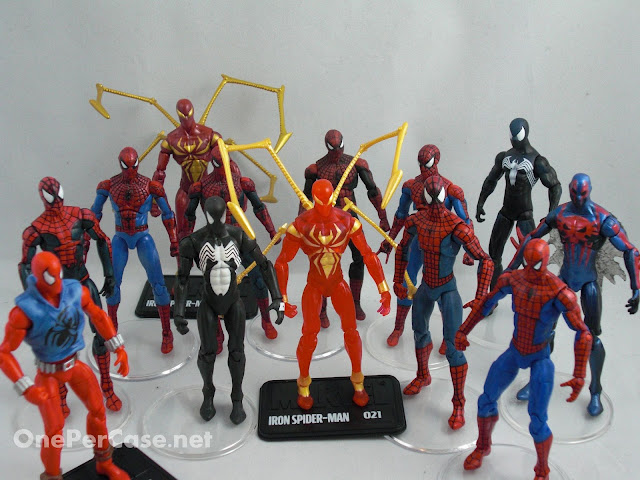