Next up in Hasbro's Marvel Universe Team Pack series, it's the third (and hopefully final) version of the Fantastic 4 (or is that 3 and a half?) set.  And Sue Storm is invisible.  As is tradition.

Up until last year, we had plenty of versions of the Fantastic 4 men, but Invisible Woman was, errr, invisible... thanks to Hasbro's aversion to female figures.  But now that we finally have her, albeit as part of a multi-pack, suddenly we can't get rid of her.  So should you plunk down the cash for yet another version of this set, but with only one different figure? 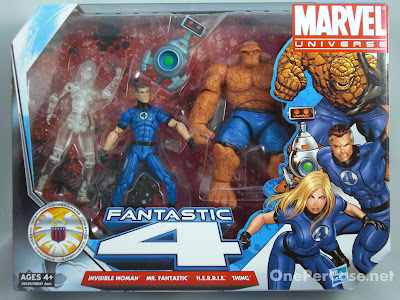 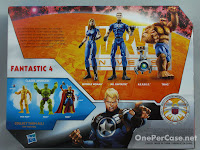 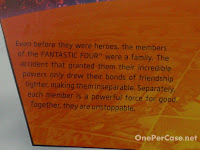 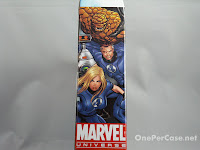 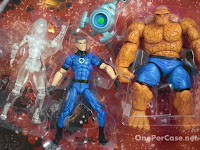 The packaging for the set is identical to the prior two versions, which first had the Fantastic 4 in their modern blue costumes, and then in their even more modern white Future Foundation costumes. 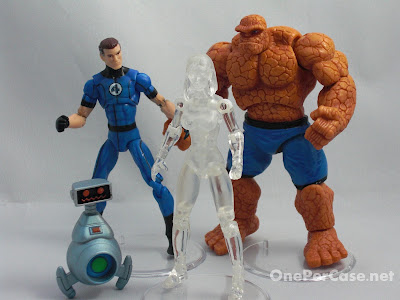 Despite not truly being the complete Fantastic 4, I thought this was a pretty cool set when it first came out.  I just don't understand how Hasbro can sell a set WITHOUT all four actual members.  Screw the little Herbie robot, this set should've had Johnny in it, too.  It's absolutely ridiculous that we still do not have all four members in consistent costumes.  We've got Johnny in several different blues and flaming ensembles, we've got a couple different Reeds, we've got Ben in every costume imaginable, and we've got exactly one version of Sue in a blue uniform, but Johnny isn't available in the same costume that Sue is. 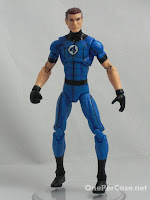 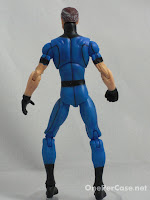 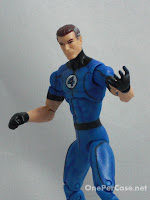 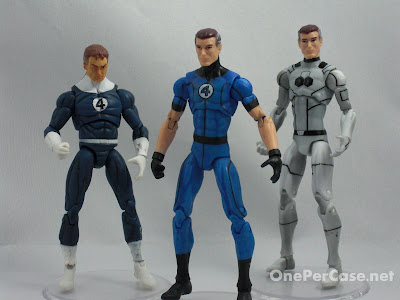 For that reason, I actually kind of didn't mind getting stuck with another identical Reed in this set.  I can swap a different head onto that figure to make a Johnny in this uniform.  So I guess that's not all bad.  But still, come on Hasbro. 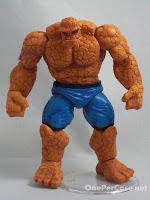 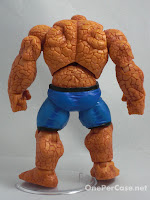 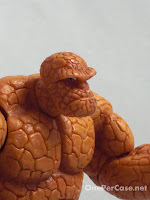 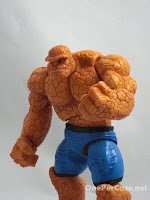 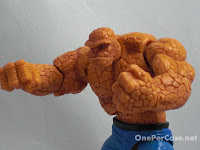 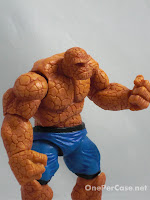 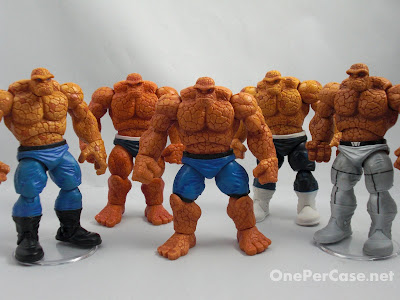 The white Future Foundation variant of this set was a great idea, I thought.  All the figures were different (well, except Herbie), and it was a variant well worth it's cost.  Then this variant got announced, with only one figure being different from the original release, and it reminded me that Hasbro has no idea what they're doing sometimes.  A lot of collectors are not going to double-dip on this set just for one different figure.  For this set to be completely successful, it should really have variants of all the figures (a stretched out Reed, or Reed with a lab coat would have been awesome). 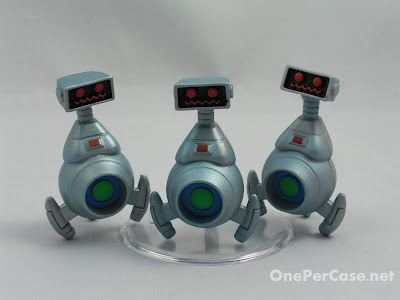 But no, Reed and the Thing are identical to the first version of this set.  So is Herbie.  So that' a total of three identical Herbies I have now.  Great.  I can army build him.  /sarcasm 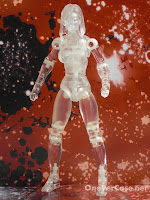 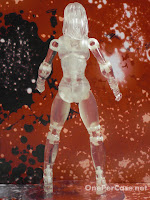 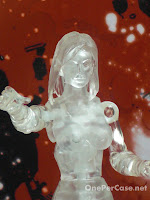 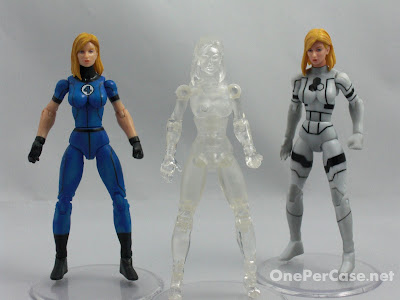 The invisible Sue Storm figure is pretty neat, but I'm a sucker for clear figures if you haven't noticed.  The figure does have a few minor flaws, though.  For one, you can see all the inner workings of the figure, joints and all.  This kind of takes away from the "invisible" effect.  Second, different parts of the figure are cast in different plastic.  Some parts are more crystal clear, while others (the upper legs, torso) are more matte.  I'm not sure what the reasoning was behind this.

This set is worth grabbing if you can find a use for the extra Reed and/or Thing, and if you actually like clear plastic figures.  Or you could, you know, do what most of us have been doing up to this point and just keep imagining that you have an actual invisible figure of Invisible Woman.  Either way.

This set is available now on BBTS if you order the case with the Heroic Age Heroes set.  If you order the Fantastic 4 set by itself, you may get any of the three versions released so far.  Unfortunately, BBTS doesn't let you pick. 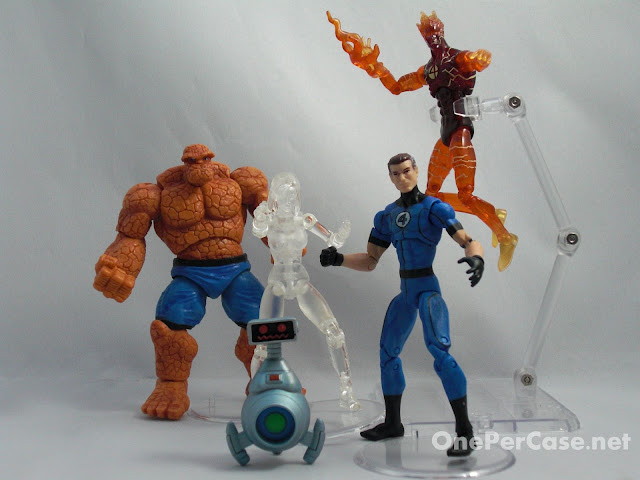