Club Infinite Earths created an uproar in the DC Universe collecting world.  The announcement at last years San Diego Comic Con came along with a huge amount of confusion over DC Universe Classics.  It was as if  the Collect and Connect waves were all but dead, and they are.  2012 has seen a scarce amount of DC in retail and not much is scheduled.  We all await SDCC to see where the restructuring is headed and when we can spend our toy cash on our DC Universe retail plastic fix.  A lot of folks were skeptical of the Club Infinite Earths sub as we were not shown much at all and were asked to have faith and pay up anyways.  Many resisted.

As more and more figures are revealed, my faith was well placed.  I am VERY happy with the direction the sub is going and at SDCC we should see the rest of the 2012 figures and the beginning of 2013 sub.  Hopefully there will be more support for the line by fans.


Jay Garrick is important JSA character.  He was used as a carrot to secure sub sales.  A great figure and a welcome addition to my JSA shelf.


The packaging of the DC Club Infinite Earths is streamlined.  Small and just big enough to accommodate the figure.  The box art is quite honestly, fantastic.  Mike Thompson is illustrating the characters for the sub.  Please check out his work in his blog (Mike Thompson's Blog) and support the great artwork he has brought to toy collectors.  I particularly enjoy his GI Joe illustrations.  You can also follow him on twitter: @miketart 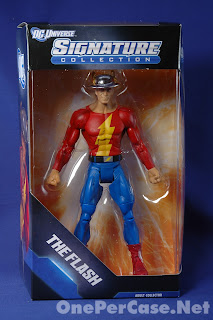 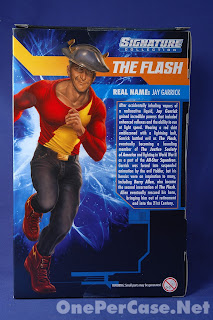 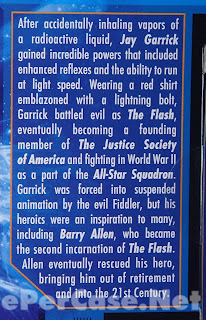 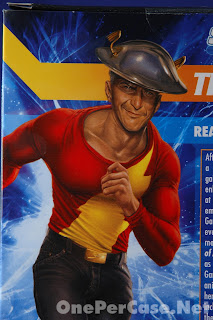 The difficult part of having such nice box art is that I expect the figure to reflect it.  The detail in the cloth would have been a welcome sculpted look, but we have painted detail versus sculpted.  It still looks nice but the art clearly is the star.


Jay has the standard DC buck with single jointed knees and elbows.  A simple yet effective paint scheme and a fantastic vac metal helmet.  That makes this figure work for me and I love the expression on his face. 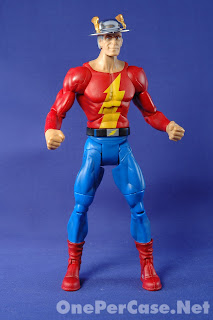 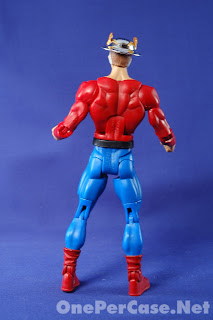 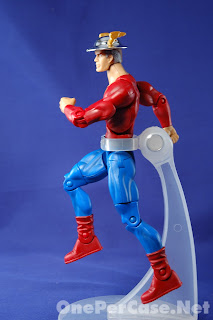 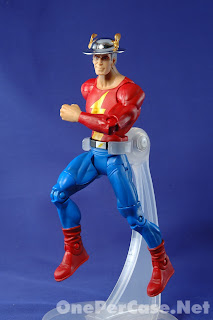 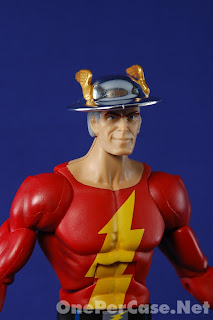 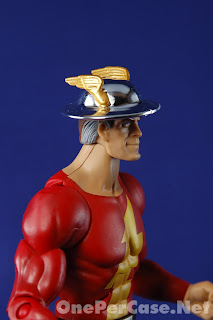 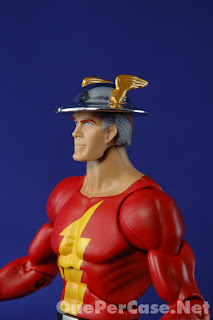 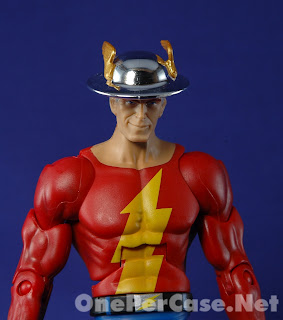 "Sweetheart, it's not the miles, it's the experience." 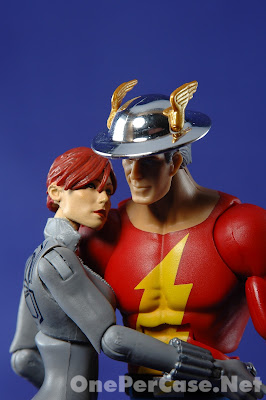