The incredible alien designs of Ridley Scott's sci-fi universe and NECA's awesome action figure aesthetic go perfectly together.  So it shouldn't come as any surprise that NECA will be releasing figures from the just-released Scott film Prometheus.  Check out the first photos (and video) of these figures after the jump.

I love NECA's action figures.  And I love all things Alien, including the pseudo-prequel Prometheus.  So I high-fived the internet when NECA released these photos on Friday.  In the post at NECA's website, we are promised "many" more figures in this line, to be revealed next month at San Diego Comic Con.  But for now, here are the official reveals of the first two figures from Prometheus, making up Series 1, and hitting shelves in September. 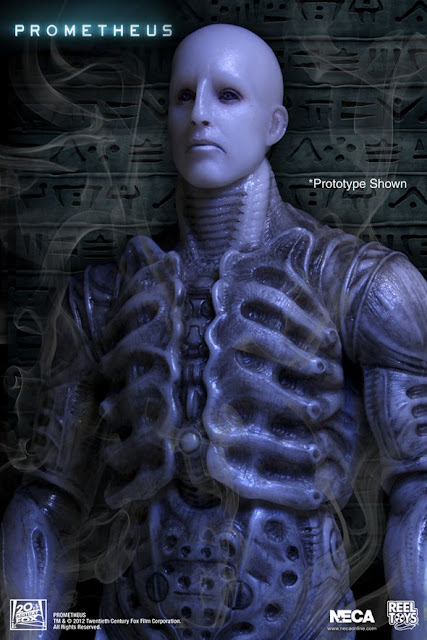 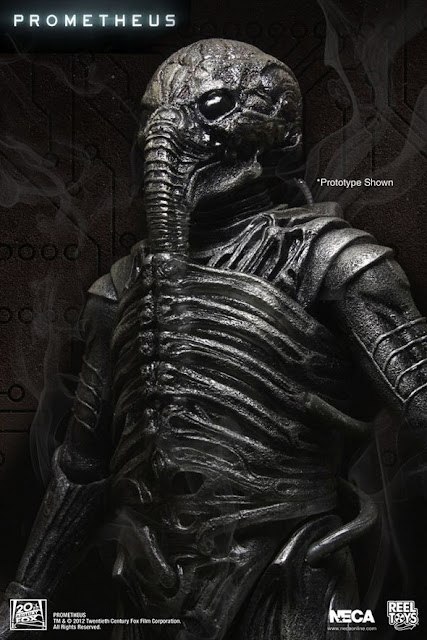