The fantastically-surprising better-than-Retaliation figure line known as the Dollar Store GI Joe's are spreading across the nation and possibly the world.  (well at least Asia)  Well, unfortunately not around here.  Sacramento does not have any of the known stores that are carrying this line containing obvious re-do's of older figures.  Most notably Snake Eyes v4 and Ninja Force Storm Shadow.  These gems don't have a lot of gear, but they do have a figure stand!  Generic non-named stands, but stands nonetheless!  I love stands almost much as I love holsters, scabbards, and rocker ankles... almost.


Knowing what I did about the state of the Dollar Store figures, I happily waited until eBay prices had brought them under $12 a piece shipped.  After all, Retaliation figures are a little under $11 after tax at the local TRU and Targets.  I do believe I like these figures and I wish I could troop build a little, but alas I do not think it is in the cards. 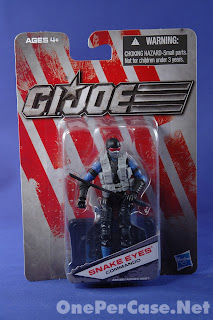 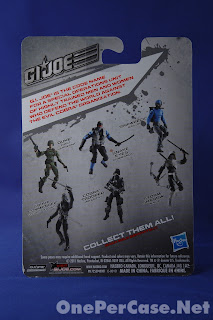 Dollar Store Snakes Eyes is an homage if not a recreation of the 1991 v4 Snake Eyes.  Thankfully we did not get those ridiculous red weapons packed with him, although they might have actually been fun...  hmmm obnoxious red weapons.  Ok, I would rather have had them than not had the choice to display them!  View the 1991 release here: Snake Eyes v4 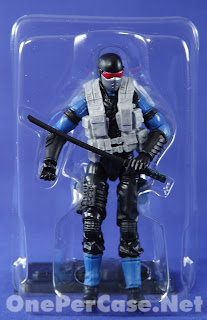 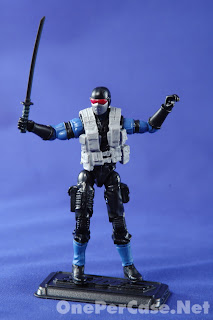 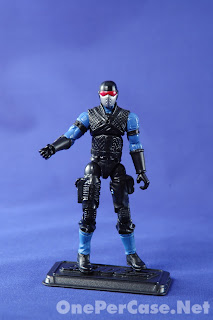 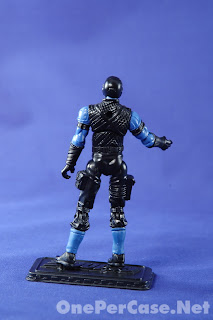 All in all Snakes isn't as exciting as some of the most recent releases: Renegades Stormy, Low-Light, and the like.  But he is a nice surprise to those of us needing to fill a void while the Retaliation toys are shipping and/or in some sort of transitional state of waiting/wanting.  At least my need for 25th inspired figures is being met.  both at the Dollar Stores and the GI Joe Collector's Club.

This figure is a kit bash from older tooling.  I dislike the choice of using the chest of the 25th update of the v3 Snake Eyes and it has that ANNOYING FREAKING HOLE IN THE CHEST... (sorry, rage is now off)    But honestly a great use of parts (BESIDES THAT FREAKING HOLE.. sorry again).  From the (allbeit stupid) ninja Kick Storm Shadow arms to Night Fox's webgear, I think great choices were made to make this figure work.  Hasbro, please fill in that stupid gaping chest wound hole in this mold.  PLEASE!

I did find a great use for the Retaliation 3-pack Snake Eye's weapons...  thank you 3 pack!  Damn you v4 Snake Eyes, I wish they were in red... 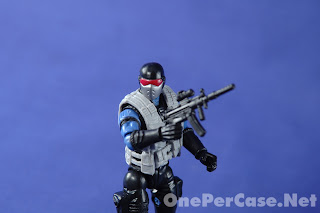 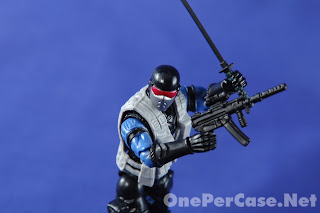 Now I had read about someone head swapping the Retaliation Cobra Trooper head onto this body so I did that... and I kinda like it.  It just needs a little paint! 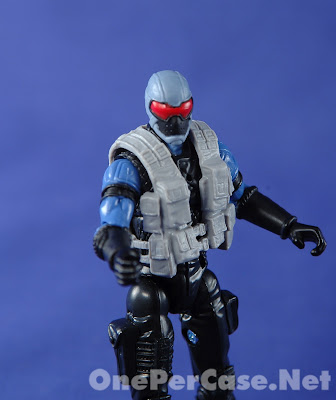 One Per Case Review and pics by JasonX
Posted by Jason Albrecht at 8:00 AM