Since the rest of One Per Case is off being awesome, I thought I'd give figure review a whirl. I picked up the Bane and Batman 6" figures from The Dark Knight Rises.
Since I'm not the brightest bulb in the drawer, I didn't think about reviewing these guys until after they were already out of the packaging. I assure you, they look mighty fine in their plastic prisons. 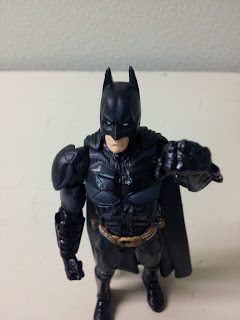 Batman looks identical to the 4" figure from The Dark Knight, but much improved in a few ways. The paint job is better overall with no bumps or anything, though it was clear that he was packed before the paint was dry because the joints were stuck a bit. 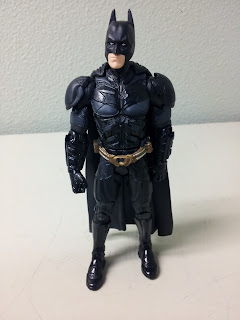 The sculpt itself is very well defined, I actually think I'm holding Batman. My only issue is the neck, looks a bit too long for my taste and awkward, though now that I think about the movies, it looks weird there too. The cape is flexible plastic which makes him feel pretty solid. 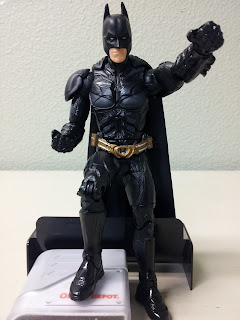 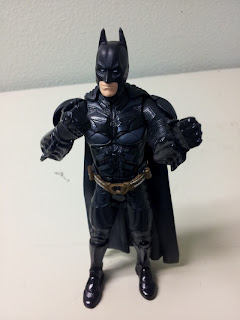 He's articulated pretty well, with joints all over the place, allowing for some sweet combat poses. 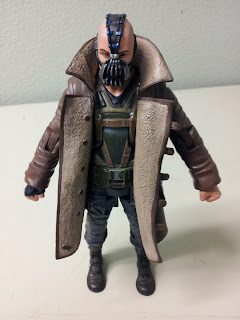 Bane looks pretty sweet. Mattell did a pretty good job on translating Tom Hardy to a 6" figure. The paint is simple enough, though obviously more complicated than Batman was, all they had to do was dunk him in a vat of black. The details are there, like the bits of blue on the top of Bane's mask and the buttons on his straps. He's also decently articulated, but because of his jacket and overall bulkiness, you can't get as creative with him. 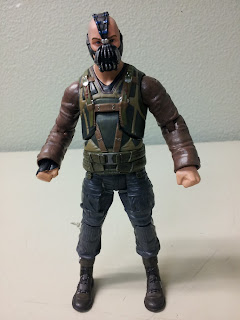 Speaking of his jacket, he looks pretty weird without it, almost like his head is too big. That may or may not be because of the mask filling his head with gas and expanding it.

Both figures, as well as the rest in the set (which I'll be getting my hands on soon) come with pieces of a Bat-signal that you can put together. 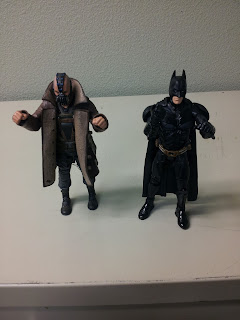 Overall, these are solid figures, definitely worth getting a hold of.

Posted by ElfangorTheAndalite at 12:45 PM