Back in 2010, Hasbro announced and showed off a 3-pack of figures in the Iron Man 2 line based on the actors' likenesses.  Collectors cheered.  Then Hasbro cancelled the pack.  And collectors boo'd.  Well now at least one of those figures is trickling out onto the secondary market.  Check it out after the jump.


These figures - Unmasked Iron Man, Unmasked War Machine, and Black Widow - were first shown on popeater.com, and looked like some of the best figures in the entire Iron Man 2 line.  In a line largely dominated by fully armored characters, seeing a little bit of the human side of the movie was a nice change.  I was pretty stoked.  I couldn't wait for the unmasked heads, and especially for Black Widow (the fact that she wasn't released in the single carded line while countless repaints of the same 3-4 sculpts were is just flat out unacceptable), so when these sets never showed up at retail, and Hasbro eventually said "oh yeah we cancelled those", I was pretty bummed. 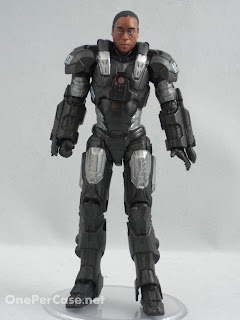 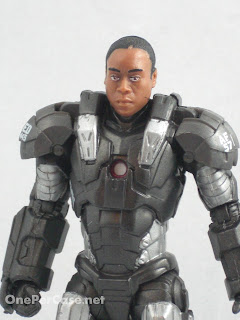 I've been hoping for the last two years that these figures had made it through production before being canned, and would make it out through one of the many... ahem... "Chinese proprietors of fine unproduced action figures" on the eBays.  Well, a couple weeks ago, Rhodey showed up on eBay in huge quantities, available from numerous sellers all at once.  What does this mean?  Did someone stumble upon boxes of these that were run and then shelved two years ago?  Or are these actual recent production for a still-unannounced release?  And will the Stark and Widow figures eventually show up?  I really hope so.  The sheer number of these that hit eBay all at once from such a large number of sellers has me thinking that this figure is currently in a production run.  But whether or not Rhodey, or the rest of the set, make it out to retail remains to be seen. 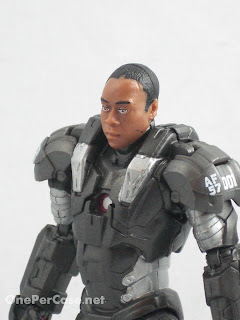 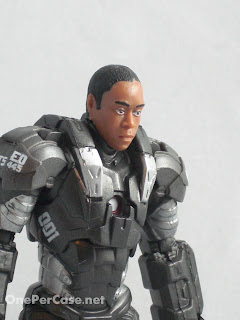 You can find plenty of this guy on eBay by searching for "cancelled iron man".  Prices vary, but they've gone for as little as $3.99 shipped.

The figure comes with no accessories.  It's just the Rhodey head on the existing Iron Man 2 War Machine body.  No packaging either, obviously.  Mine came in a plastic sleeve inside of a bubble mailer envelope, but different sellers may pack him differently. 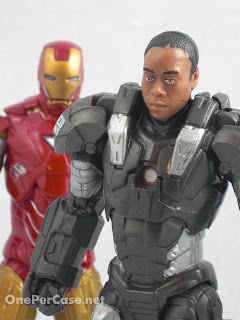 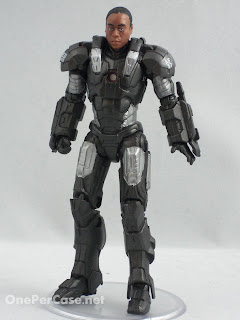 The head sculpt is actually pretty phenomenal, in terms of likeness to Don Cheadle.  Looks just like him.  I dig it. 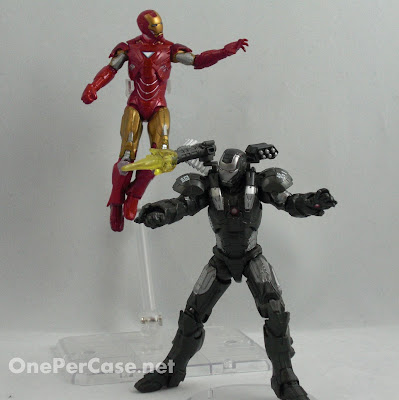 Some people suspect that many of these "Chinese market figures" are factory rejects, due to quality control issues or what have you.  I don't know if this is true, but I can tell you that I've never found significant defects in any of the figures I've ordered from China in the past, at least nothing more significant than you're likely to find on any of the figures you buy off the shelf (coughcoughcrappypaintappscoughcough).  Rhodey here is no exception.  The figure arrived in great shape.  There are a couple minor paint blemishes on the head and body, but nothing I worse than figures I've bought at retail.

So, if you're willing to take a small chance, at least one of these cancelled Iron Man 2 figures is readily available now... at least for the time being.  If you were bummed that this set never made it to retail, then it's definitely worth picking this guy up for $4 shipped on eBay.   Now if you'll excuse me, I'm going to go back to searching eBay for the other two.

UPDATE 6/6:  My search for the other two has already ended.  No sooner did this article publish, than I found a seller from China on eBay that had JUST listed this entire 3-pack, package and all.  To my knowledge, it's the first packaged sample that has shown up on the secondary market, and he only had three of them.  So being the irresponsible responsible adult that I am, I promptly plunked down more cash than these sets should really be worth, and it should be arriving to me within the next 2-3 weeks.  I normally would not spend so much money on canceled figures, but this set has become somewhat of a grail to me.  I'll post a full review once it's here.

UPDATE 6/18:  You can find my review of the entire boxed set here.