BBTS today brings us a pre-order listing for Wave 4 of The Avengers movie line, including a surprise that I don't think anyone saw coming, a new super-articulated version of Iron Man's Mark VII armor.  Full photo after the jump.


BBTS has the case, and set available for pre-order now, with an expected August in-stock date.


Not a bad assortment, other than the two MORE Hulks and the minimally-articulated original Mark VII figure.  At least Hasbro had enough sense to pack the new figures two-per-case, and carry forward Black Widow and Hawkeye from the previous wave.


We saw our first official photo of Fury a few weeks ago, and got a few good looks at the Chitauri foot soldier before that, which will undoubtedly be the "Movie Villain" in this assortment.


Here's the full size photo showing the new Iron Man.  Hard to tell exactly what points of articulation he includes, but I'm hoping it at least matches the Iron Man 2 figures' articulation scheme.  And I'm still keeping my fingers cross for an unmasked variant. 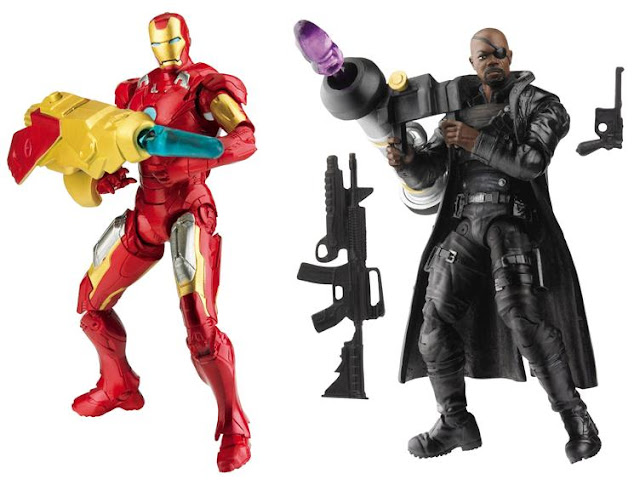