Quick, somebody call The Avengers, the Chitauri Skrulls are invading!


Up until the weeks before The Avengers hit theaters, debates raged across this land called the internets about the identity of the alien invaders in the movie. Many people believed them to be the Skrulls, long time enemies of Earth’s Mightiest Heroes. Well, they turned out to be the Chitauri, which were basically just the Ultimate Universe Skrulls. But we haven’t gotten a figure of the Chitauri yet in this line, and now we’re getting a newly sculpted, “comic series” Skrull soldier. What does it mean? 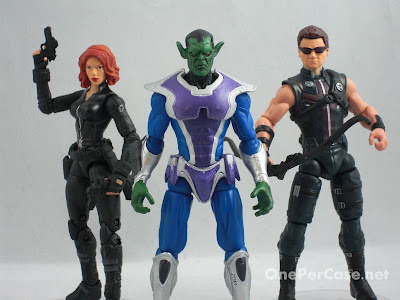 I put “comic series” in quotation marks because this figure doesn’t look like any incarnation of the Skrulls I’ve ever seen in the comics. I’m wondering if maybe this figure would fit better in the “concept” series, because I can’t help but think that this figure may be based on early concept art designs for the movie. It would only make sense… Marvel Studios may have originally intended to use the Skrulls, and then as the story developed, or for any other number of reasons, may have decided not to, or realized they couldn’t (it’s been speculated that the “Skrulls” would actually fall under Fox’s licensing rights with the Fantastic Four franchise, and thus Marvel had to go with the Chitauri). 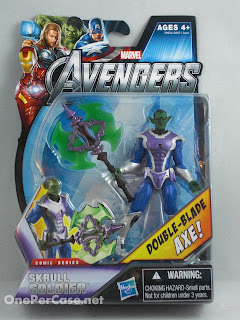 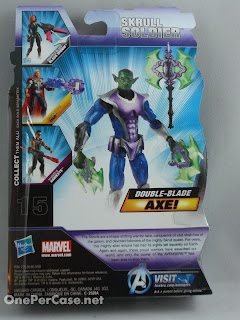 Whatever the case may be, it’s nice that we’re getting a little variety for our Skrull armies. 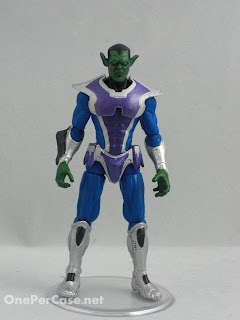 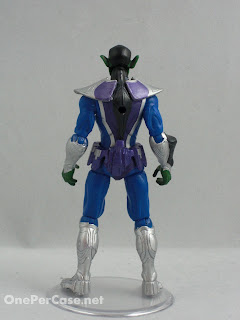 The figure is an entirely new sculpt, and features the now standard reduced articulation schema for this line. Despite his lack of poseability, the sculpt itself is pretty nice, especially the head. There is a good amount of detail in the face, and a little bit in the arms and legs as well. 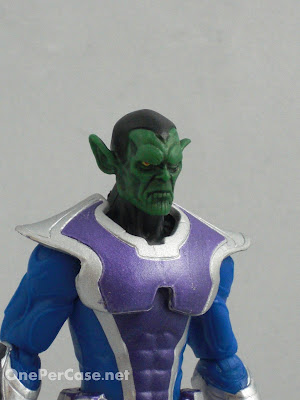 The paint job on this guy is a little confusing. Like I mentioned, I don’t recall ever seeing the Skrulls in this costume in the comics. And the choice of colors is a bit odd. The blue and silver look good, just not necessarily mixed with the purple. I’d rather have seen this be a predominately purple costume with black/silver armor details, to let it better match the previous Marvel Universe version. As it is, this guy stands out as looking a little odd next to his Marvel Universe counterparts. But the paint is applied well and there were no visible mistakes I could see on mine, so that’s a plus. 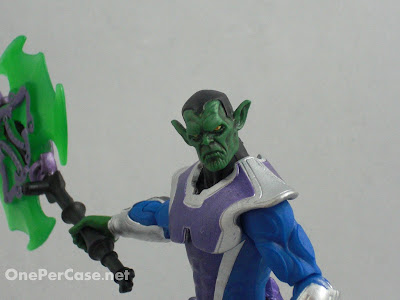 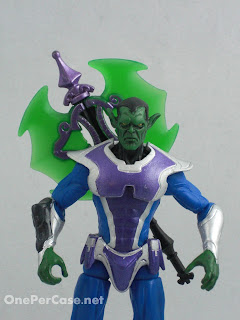 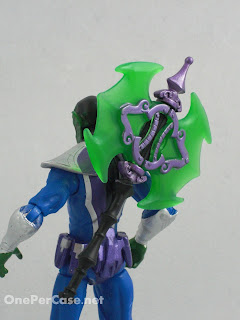 This guy is pretty lacking in the accessories department. He comes with just a large kiddie-friendly weapon, the same axe/battle blades thingy that came with Hogun in the Thor movie line. Only now it’s a different color. Because that distinguishes Skrull technology from Asgardian technology. Green plastic. Yup. 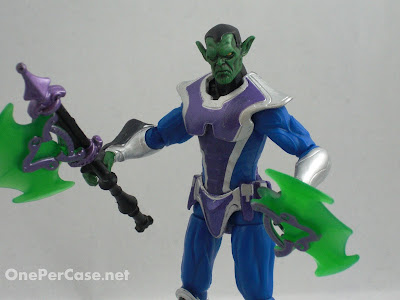 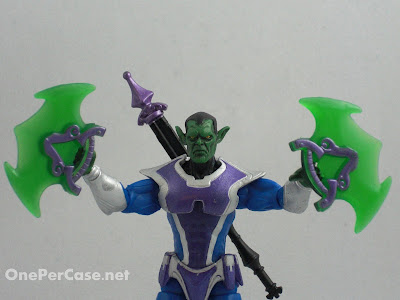 No other “realistic” weapons with this guy, unfortunately. But if you have the Marvel Universe Skrull Soldier, he came with a couple guns, so you can borrow or steal from him.


Overall, this figure is a nice supplement to the line, and to your Skrull army ranks, but he’s a bit perplexing in his design. I won’t personally be army building too many of him, but I’d like a few to supplement my other Skrulls. These baddies are packed two-per-case in the current wave 3 assortment, showing up at retail now, but probably won’t hang around too long since they’re an army builder. As such, I say buy’em when you see’em. BBTS also has the case, set, and single available for pre-order. 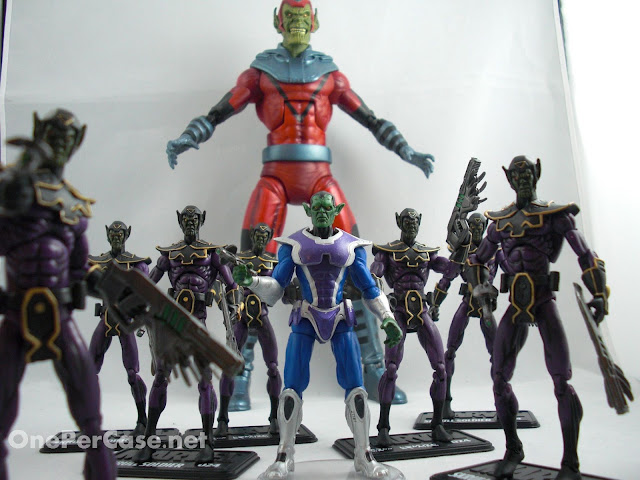 Thanks once again to Sean for the assist with this wave! You are a scholar and a gentleman, and I award you 500 awesomes.
Posted by Zak Sousa at 8:00 AM