Last week, we looked at Ultra Poseable Spidey.  Today, we look at the only other "movie accurate" figure in the line (so far), Reptile Blast Lizard.  Because the Lizard totally uses a giant shooty missile launcher.

I'm going to be up front.  I'm disappointed in this figure.  I can't figure out if it's entirely the figure's fault, or if it also has to do with the fact that I'm not a huge fan of the character's design for the movie.  Let's examine... 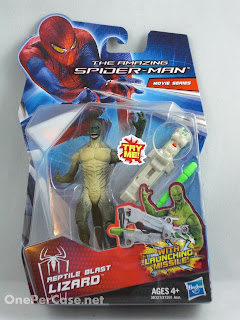 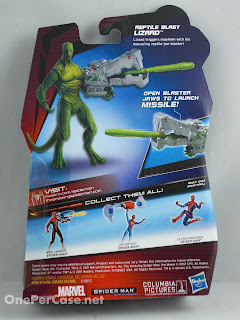 The packaging is the same old story.  Tear it open.  Or don't, actually.  Not yet.  Because you might decide to return this guy. 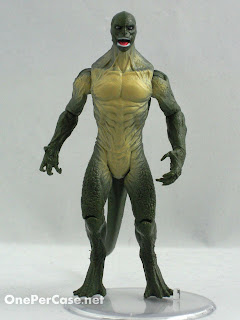 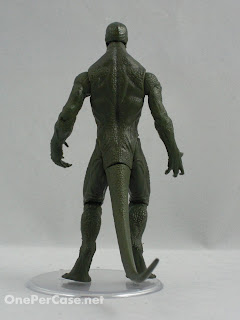 The sculpt is decent.  There's a pretty good amount of detail and texture, especially in the limbs.  I can appreciate that.  But this guy feels tiny.  I was honestly expecting something a little bigger and bulkier.  We can tell from the trailers for The Amazing Spider-Man that the Lizard is a pretty monstrous guy.  This figure is the same size as the movie Spidey.  That is to say, he's relatively the same size as a gangly teenage boy.  Not very intimidating, if you ask me (no offense to our gangly teenage boy audience). 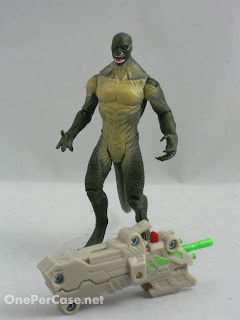 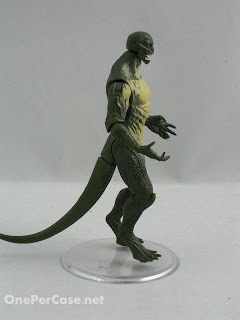 The paint job is nothing spectacular.  It's pretty simple, but it's done well.  I don't have any complaints about the quality of paint application.  So there's that.  At least the paint doesn't suck. 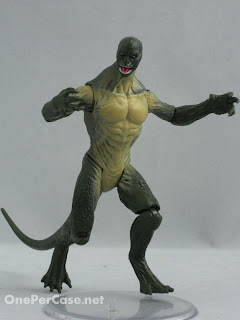 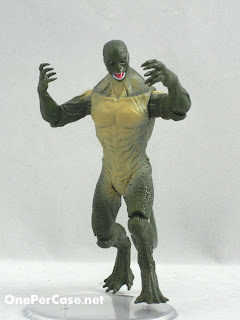 The articulation, while being the same as the Green Goblin I reviewed the other day, is more disappointing on this figure.  He's got the T-crotch hips, ball hinged shoulders, elbows, knees, a ball jointed head, and a swivel tail... but without the ankles and wrists being articulated, you can't get him into any really Lizard-y poses.  He should be able to be posed on all fours and still look intimidating, but that's not possible here.  Another case of the reduced articulation preventing signature poses. 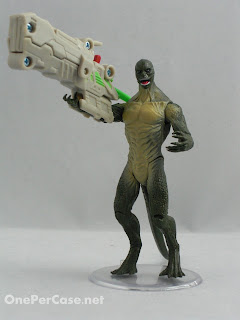 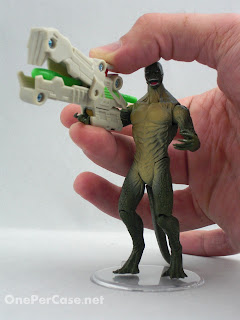 The accessory is flat out stupid.  A giant shooty missile launcher.  For the Lizard.  Really?  And it doesn't even work well.  At least mine doesn't.  It fires all of about 2 inches. 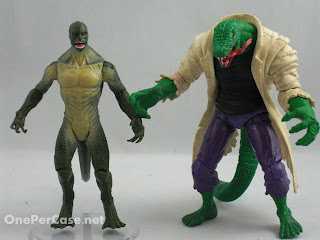 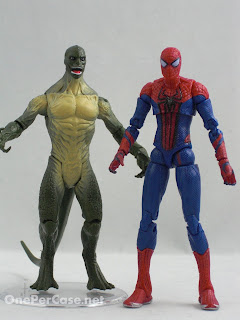 I wanted to like this figure.  I did.  But with the diminished size, the lack of necessary articulation, the lame-o accessory, and the overall lackluster design of the character, I'm just not digging it.  Maybe if he were a little bulkier and taller, and had a lab coat or something... but as is, my vote on this one is save your money.  Who knows, maybe we'll get a better version in an upcoming wave. 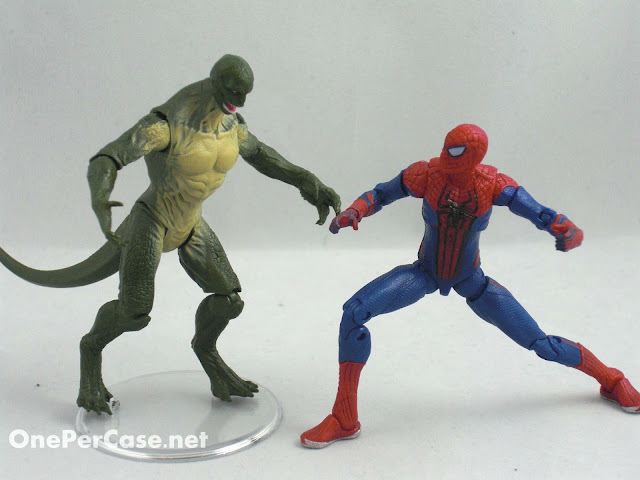