As if we didn't have enough Spider-Man figures on the pegs before, now we have an upcoming movie and even MORE Spidey figures to guard the safety of our toy aisles.  The up side to this of course is more Spidey VILLAINS!  I'm a big fan of villains.  Without villains, we would have no heroes.  Is this new version of Green Goblin worth picking up?  Read on to find out...


I originally did not intend on picking up anything from this new Amazing Spider-Man line other than the Ultra Poseable Spidey and maybe the Lizard, since the majority of these figures feature Hasbro's new and un-improved "less is more less" articulation design.  But One Per Case reader Oisin Hunt recommended that I take a closer look at this Green Goblin figure.  I also then realized that this particular figure was sculpted by "2dtoys", who has quickly become my favorite action figure sculptor.  Seriously, check out this dude's work.  So I realized I owed it to the figure to re-evaluate adding it to my collection.  A couple days later, I picked him up.  And I don't regret it. 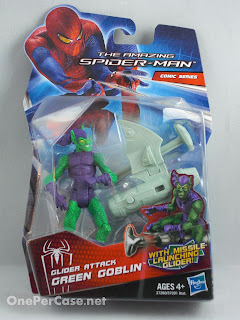 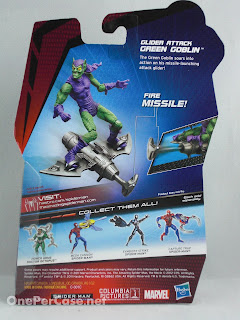 The packaging is pretty standard for a Hasbro Marvel movie line.  It uses the same card back as the rest of the line, with the image of movie Spidey up top, but character-specific art on the bubble insert.  Nobody's buying these figures for the packaging.  Tear it open. 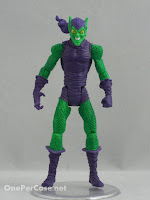 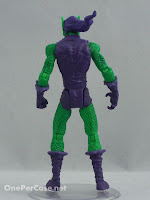 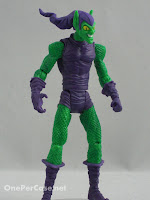 This figure does have reduced articulation; only a ball jointed head, ball-hinged shoulder, elbows, knees, and swivel hips (it's a T-crotch, like many Star Wars figures).  No wrists, ankles, waist or torso.  This is disappointing, but I do have to say that the range of motion in the arms is still pretty good. 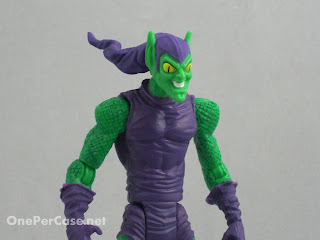 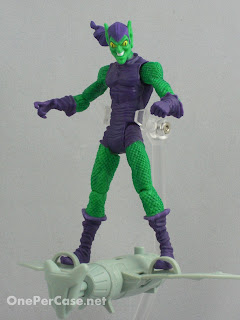 The paint job is pretty simple; purple, green (a little brighter than I prefer), and yellow eyes.  There is a very subtle dark wash on the green parts.  VERY subtle.  This figure could definitely benefit from a darker paint wash to bring out more of the detail.  But the paint is perfectly applied, with no blemishes or smudging.  That's a plus. 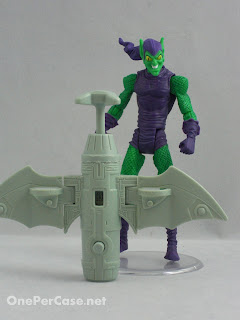 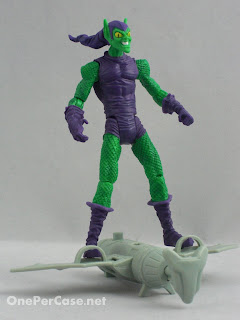 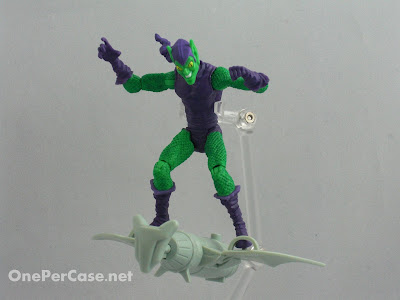 The accessories are a little lacking so far in this line.  Goblin doesn't include his trademark satchel or pumpkin bombs.  The only accessory here is a missile-firing glider (hence the "Glider Attack" name).  Don't be as quick to disregard this accessory as I almost was though.  The glider is actually really nice.  Lots of detail in the sculpt (check out all those panel lines... that's just BEGGING for me to do some custom painting), and the foot holds have pegs to help Gobby better stand on it.  Even the missile firing gimmick is pretty unintrusive, and works well.  Overall, despite lacking some key accessories, I can't complain too much.  This glider is nicer than the Marvel Universe version. 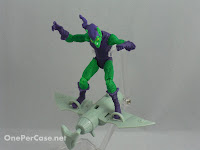 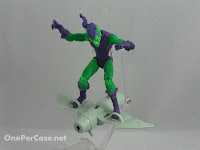 So far, the figure sounds pretty mediocre, right?  So why don't I regret buying it?  Because of the sculpt, that's why.  It's almost difficult to notice with the bland paint job, but this sculpt is wicked.  2dtoys posted a photo of his original, unpainted sculpt of this figure on Facebook.  Look at the insane level of detail in this guy.  The scales of the arms and legs, the folds in the fabric, even the teeth.  And it looks just slightly animated, not quite as "realistically" proportioned as the Marvel Universe version.  But I think that just adds to its wickedness.  The articulation, paint job, and pack-in accessories on this guy leave something to be desired, but this sculpt is just plain badass. 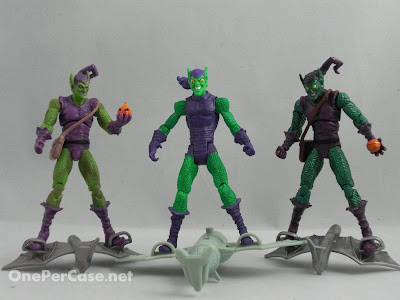 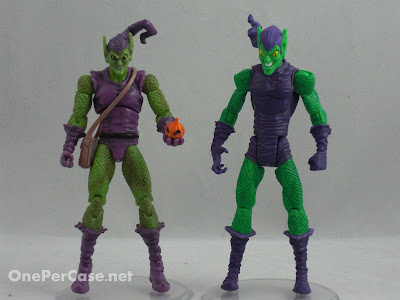 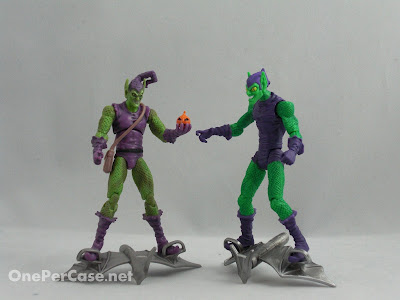 So thanks, Oisin, for suggesting that I give this guy a second look.  I encourage any Spider-Man fan to do the same.  Now I think it's time to give this guy a new paint job... 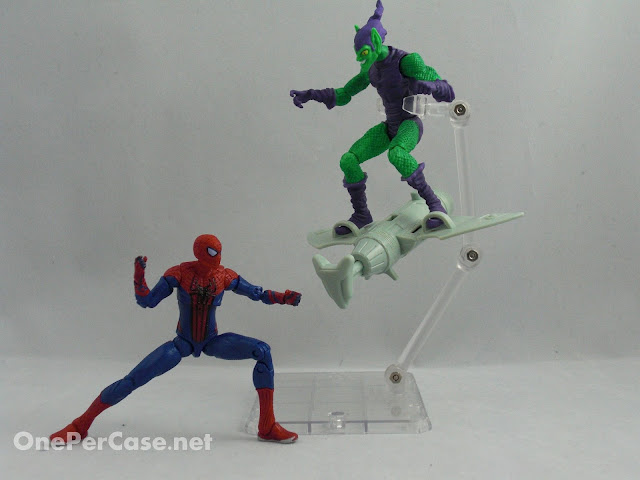