It’s a tough life when you spend it out under the twin sunsof Tatooine serving an intergalactic crime lord. Such is your lot in life if you’re Kithaba. Next up from the Star Wars Vintage Collection is skiff guard Kithaba himself, a great update to one of the original Power of the Force figures. Brown bandana, red bandana, does it really matter? 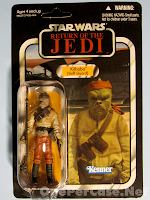 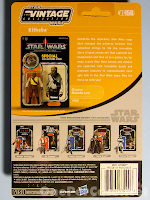 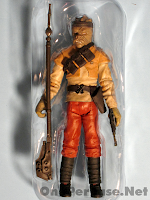 There are many out there (myself included) who are still looking for those last few updates to vintage Star Wars figures. Kithaba brings us one step closer, a modern update to the Barada figure from the Power of the Force line (as seen on the card back). If you're super picky, I suppose technically Barada and Kithaba might not be the same guy (depending on your source material), but for me, it's close enough. The Vintage Collection has once again served well for Star Wars. Not the exact same picture as the POTF release, but I prefer the sail barge in the background. 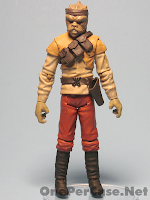 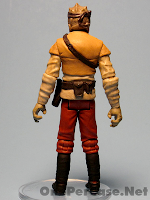 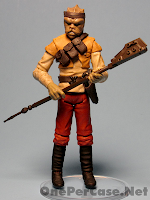 The sculpt on Kithaba doesn’t leave much to be desired. The head sculpt is well done. Hasbro managed to capture the heavy brow really well without losing the detail in the eyes. Depending which version you find, he’ll have either a brown (seen here) or red bandana. Sure, the red bandana is more accurate to the card art, but the brown looks just fine. If the worst thing you can find to complain about is the color of the bandana, you’ve got a great figure. He’s got fingernails, which in this scale is pretty detailed. The clothing looks good, the pouches look great, my only real complaint is that overall he looks a little skinny, particularly in the legs. You’d expect a guy that spends his life guarding Jabba to be a little beefier. 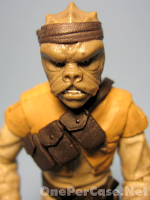 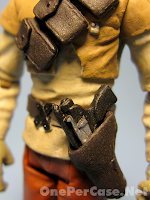 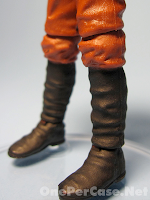 Articulation-wise, Kithaba is fully loaded. He can pull off just about any pose you could want your skiff guard to achieve. Kithaba can make a fairly clean reach for his pistol out of the holster, and he can swing his staff around like a skiff master. Upper legs are a little limited in movement, but for the most part I chalk this up again to the skinny nature of the legs. 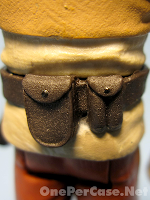 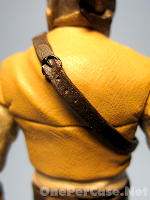 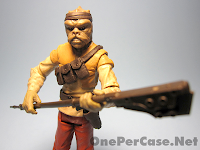 This time around Hasbro gives us two accessories, a pistol and a staff. Both look clean, more-or-less movie accurate and are reasonably functional. The pistol fits well either in the holster or in his hand. The staff, although a little overly flexible, holds well in his hands and looks like it could potentially do some damage. He’s a rough and tumble skiff guard, so it’s good he has the weapons to back it up. 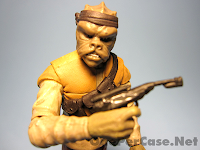 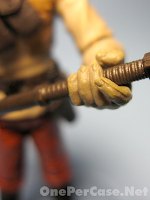 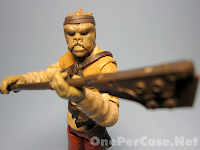 Once again, Hasbro has released a wave rife with spotty distribution and one-per-case releases. Hasbro, if you’re reading this, people want to give you money! Stop making it so difficult for them! Kithaba looks great amongst his brethren, so if you’re into figures for Jabba’s court, this guy is a must have. With Vintage Collection distribution issues being what they are, grab the first one you see, and worry about the bandana color later. 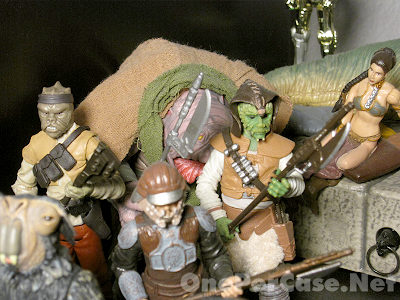