Most of us who enjoy little plastic men (especially GI Joe) loves a good ninja.  From the terrible (when I say terrible, I mean AWESOME!) Ninja movies of the 80s to Lego's Ninjago, ninja's have been populating our pop culture and our children's imaginations for decades.  And GI Joe: Retaliation seems to be banking on our love of those brightly colored stealthy (wait what?) assassin heroes...  after all, isn't a ninja's most notorious job assassination?  That's a little harsh for being a hero, or is it?!


Let's get the package out of the way.  It's branded for GI Joe 2.  It won't win any artistic prizes.  Enough said. 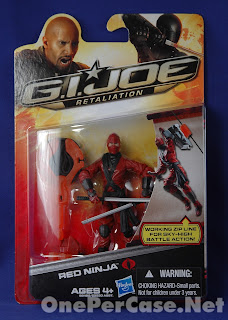 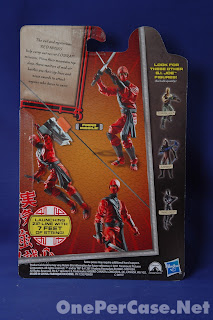 Now, the Twizzler Ninja himself!  The RED NINJA!  Thanks to hisstank.com's Michigan boards, I refer to this guy as the Twizzler ninja and he really does have that Red Vine movie treat coloration, although he tastes kinda like plastic.  (Hmmmm, note to self.  Red Vines for the OnePerCave.) 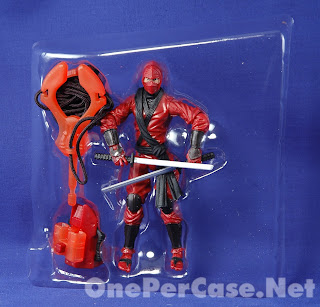 Some of his parts are based on the elusive Renegades Storm Shadow.  His feet and hands are not, although his hands do feature the great articulation and his feet are similar to the rocker ankles being used in Marvel Legends.  He definitely can be placed into so great poses.  The sculpt is acceptable.  He looks like a ninja what more do we want.  Nothing spectacular.  A ninja. 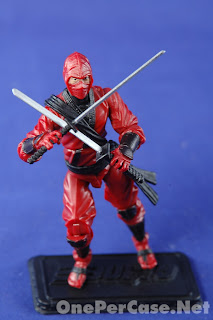 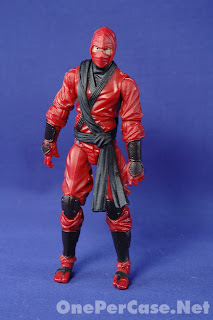 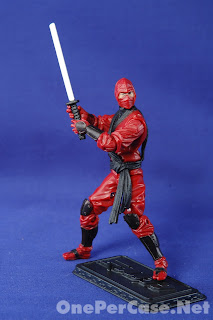 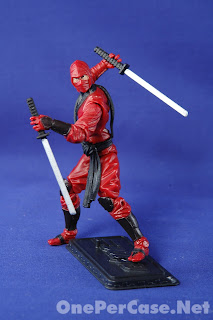 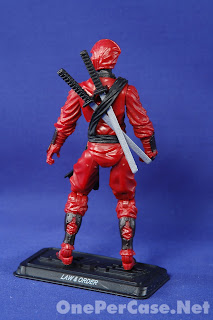 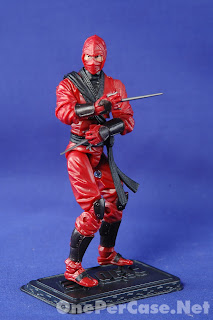 His gear is terrible.  Two swords.  Really...  Sure we get a zip line thingy, but ninjas need gear!  At least a pair of sai and a FREAKING backpack scabbard.  There is some serious backpack envy going on here. 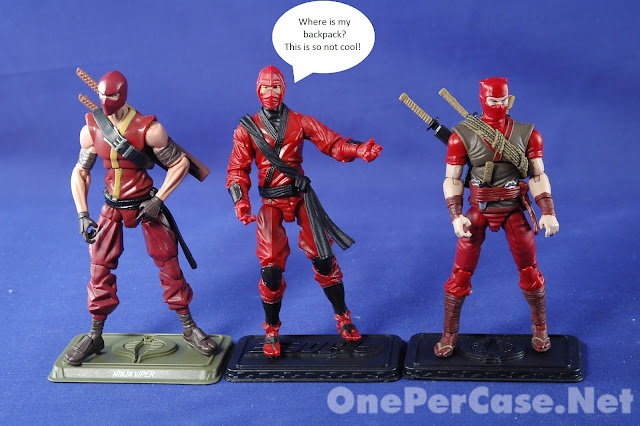 I rate the Red Ninja as barely acceptable.  A near-hit.  So close, but yet so far away.  Not enough gear to have fun with, unless... unless you have older red ninja's or an abundance of ninja gear from 25th, POC, and 30th.  Now we are onto something... Kit bashing heaven!  Buy your ninja, whip out your little baggies or plastic bins of ninjas and swap some parts and weapons.  I promise you will like the outcome and you will definitely have some fun! 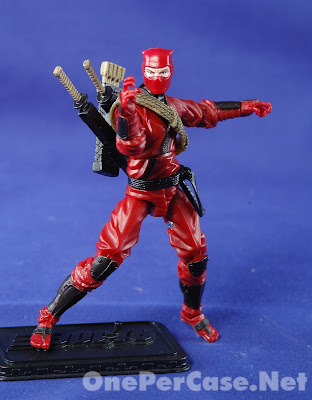 Review and photos by Jason X
Posted by Jason Albrecht at 8:00 AM