I disliked the Red Ninja, but mainly for lack of gear.  Zartan has gear: two swords, two backpacks, four heads, a crossbow, and a gun, but this figure blows.


I think Zartan had a ton of potential.  In fact, with a little work, paint, and a belt of some kind, I think he could be great.  The heads are the gimmick.  Leaps and bounds better than those spring loaded bits of Caca included with most movie toys.  But they are honestly craptastic disguises.  Granted the 80s Zartan's wasn't much better, but who would possibly believe Snake Eyes with Zartan's body.  I actually don't mind his look with his crossbow and quiver pack.  Only out of the package look I can get into. 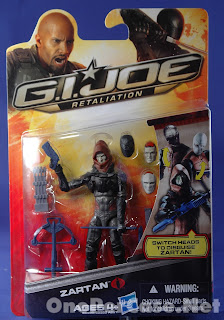 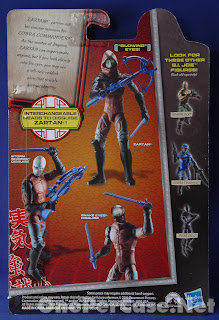 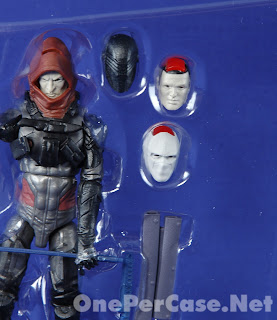 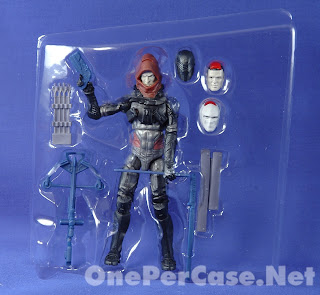 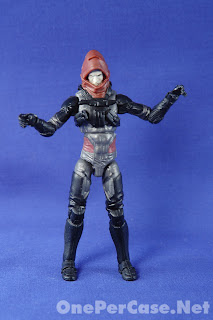 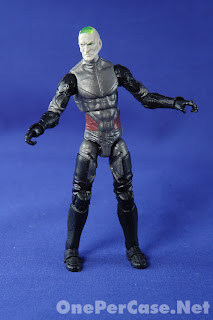 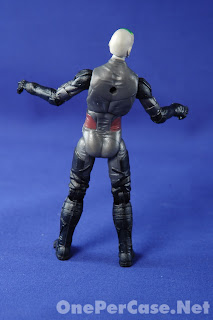 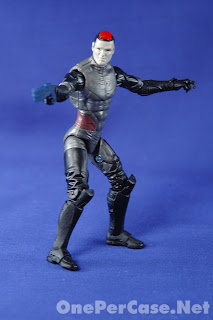 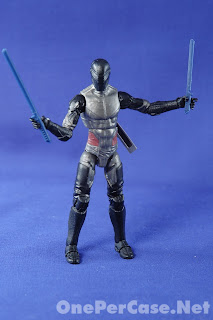 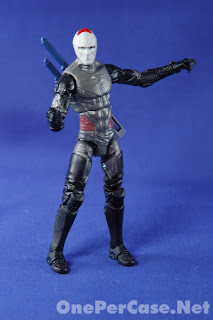 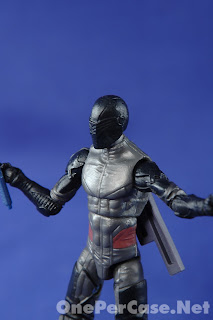 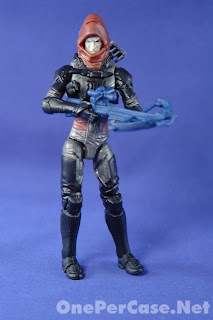 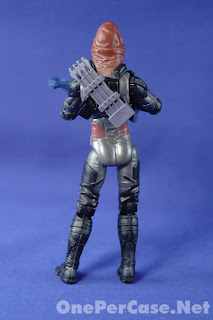 The sculpt isn't terrible.  The paint isn't half bad.  The execution and color choices kill this figure for me.  BLUE WEAPONS!?!?!  C'mon now...  keep it black.  I had to make some alterations to enjoy the look of Zartan.  First I wondered how he would look with Resolute Zartan's melon.  I honestly thought it was an improvement, but only because of the face markings. 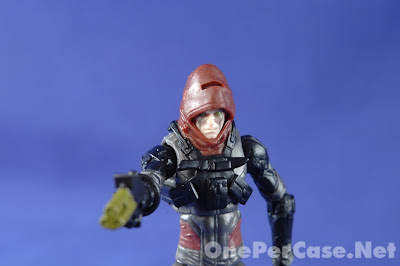 So, out came the sharpie.  I like him much better.  Not spectacular, but now he is Zartan! 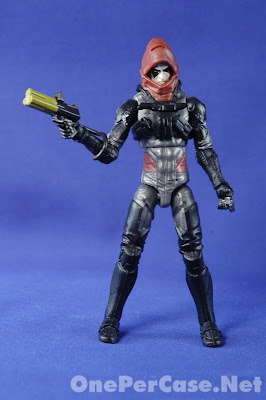 One Per Case Review by JasonX