One Per Case Report: The Avengers IMAX Midnight Screening (Plus a Give-Away)

The One Per Crew attended the midnight showing of The Avengers on IMAX in Eldorado Hills, CA last night. And we brought stuff back for those of you that missed the party!

If you want to read a professional, well thought-out and detailed review of "The Avengers", read Matt's review here.  If you just want the short version, please, allow me to summarize for you:  "OMG, like, totally the best comic book movie ever!"  True story.

Jason, Joe, Matt, myself, and about ten more of our good friends were too impatient to wait one more day to see the movie we'd all been waiting our entire lives to see.  So, shunning the responsibilities of our day jobs, we did what any die hard fanboy would do:  We went to the midnight showing.  And not just any midnight showing, our local IMAX midnight showing.  Awwwwwwww yeeeeeaaaaaaaaah.

We got to the theater nice and early, grabbed a table in my favorite nearby restaurant/brewery right across the sidewalk from the theater, and had our pre-game celebration. 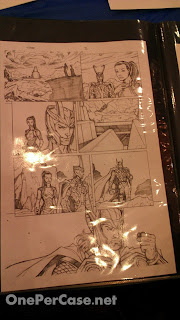 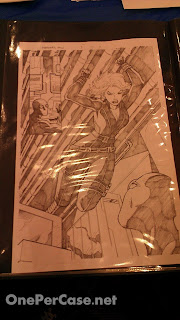 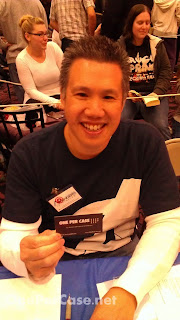 Once the crowds started to show up, we headed inside to grab our place in line.  Inside the theater, we found that local comic book store A-1 comics was on site along with Marvel Comics artist Ron Lim and the awesome Avengers Initiative Costuming Group.  Mr. Lim was taking requests for character head sketches to raise money for charity. 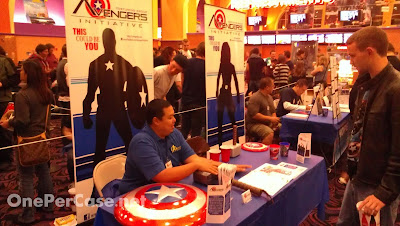 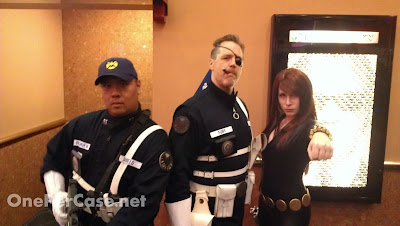 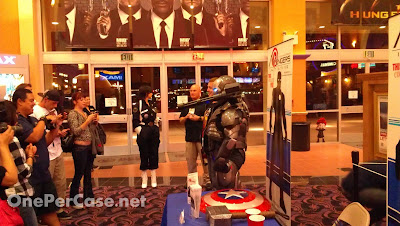 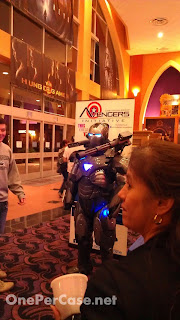 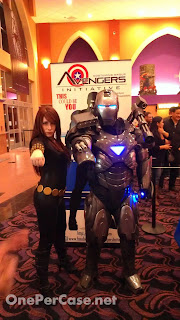 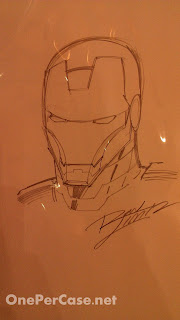 About two hours before midnight, the theater crew let us in to claim our seats.  Or in our case, our row of seats.  And, as promised, we were each given an Avengers IMAX Exclusive 12:01 poster. 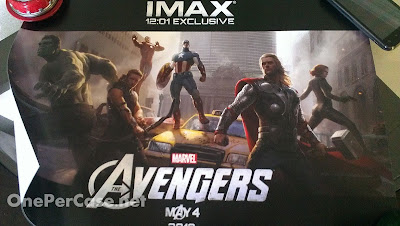 So the movie.  Like I said.  OMG.  I've been looking forward to this movie for a LONG time, and I was not disappointed.  Joss Whedon has thoroughly satisfied my hopes for this movie.  The comedy was perfectly timed and unexpected, the action was amazing and perfectly executed, and the acting and interaction between all of the characters was nothing short of perfect.  There was one long panning shot in the middle of the last act's battle scene, where without cutting, the camera takes you through the battle and focuses on each character.  That shot gave me chills.  If I have ANY complaint about this movie, and it's extremely minor, it's that the classic phrase "Avengers Assemble" was never actually said in the film.  But this is, without a doubt, the best comic book movie of all time up to this point.  I would even go so far as to say, this is one of the best movies I've ever seen period.  The bar has been raised, very high.  Thank you, and congratulation on your outstanding accomplishment, Mr. Whedon.  I can't wait to see it a few more times before it leaves theaters. 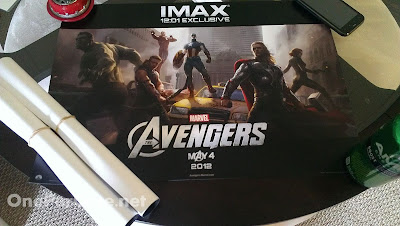 So, who wants free stuff?  Thanks to a few of my friends who were willing to part with their IMAX exclusive 12:01 posters, I've got a couple to give away.  All you have to do is leave a comment on this post.  What'd you think of the movie?  What was your favorite part?  What would you hope to see in the next one?  What's your favorite beer?  Post about whatever you want.  As long as it's vaguely related to The Avengers.  I'll pick two comments at random on Monday night to win posters.  Just make sure you leave at least your first name and don't forget to check back after Monday night to see if you've won.