Brother Boar, AKA The Stalker Predator.  The apparent brother of the Boar Predator, and the final figure in NECA's fifth series of the Predators line.


Check out the other figures in this series:
Guardian Predator
Snake Predator

While very, VERY little back-story exists for the Lost Tribe, one small piece of info believed by fans for quite some time is that this Predator was the younger brother of the Boar Predator.  Basically just because their masks are so similar.  Because you know, what you wear totally signifies your genetic ties. 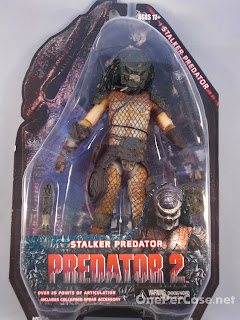 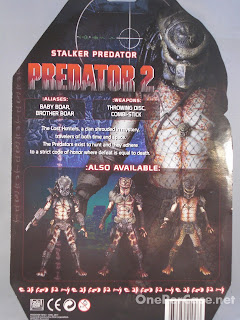 Like the rest, the packaging for this guy is pretty generic, but features his image on the card back.  No specific bio due to that whole "not having much of a back-story" thing I mentioned above. 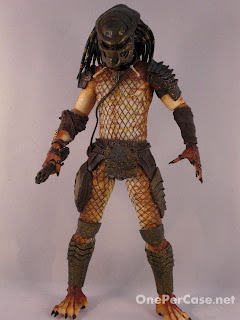 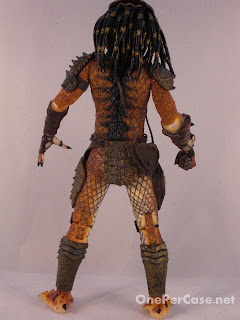 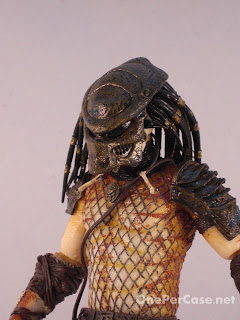 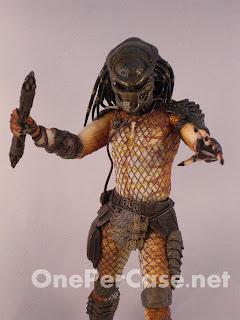 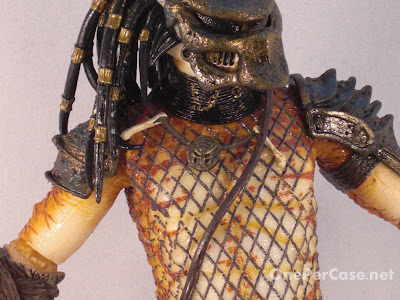 The buck is the same as the rest of the recent releases once again, but this is fine, since it again has uniquely tooled pieces to differentiate it.  The mask, while similar to Boar's, is different and is a unique sculpt.  Stalker also wears less armor than some, again opting for wraps on the forearms instead of the armored gauntlets with wrist blades.  No plasma caster is present, either.  He does feature a uniquely sculpted necklace and satchel (man Predator purse?). 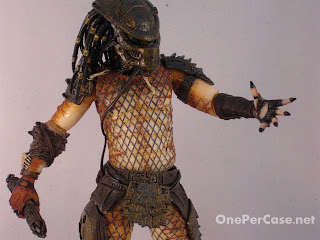 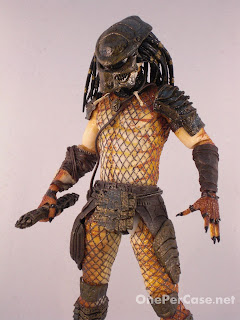 Articulation is par for the coarse.  If you don't know by now how poseable NECA's latest Predators are, you've been living in a cave. 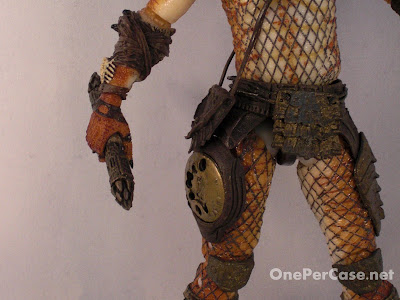 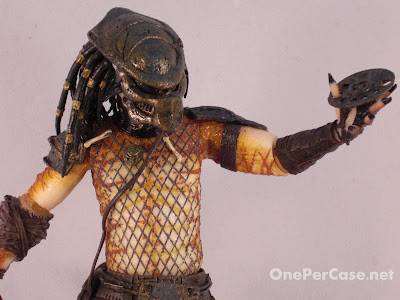 Like the Snake, brother Boar also includes a collapsed combi-stick and smart disc with holster.  The puzzling thing here though, is that neither of Stalker's hands are designed to correctly hold the smart disc.  His right hand is sculpted to hold the spear, and his left hand is sculpted open, but not in the pose the fingers need to be in to hold the disc.  So this guy's disc will be staying on his leg. 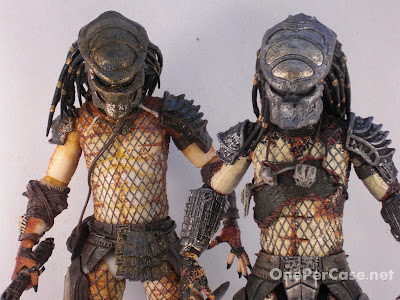 Despite that oversight, this is another outstanding figure.  The paint again stands out really well.  The skin tones have excellent shading, the armor has a damp metallic look to it, and even the small details like the bone piece on the right forearm are detailed well.

Stalker is available individually, or as part of the Series 5 set from BBTS. 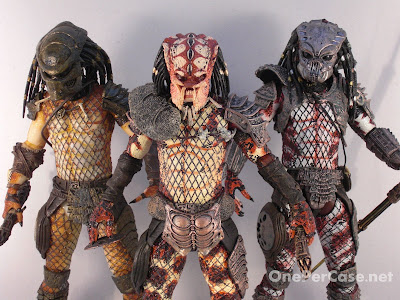 The Stalker wraps up Series 5.  Now the almost agonizing wait for Series 6, the final three members of the Lost Tribe, commences.