Hasbro loves them some Iron Mans.  The first wave of light-up base figures gave us one version of shell head, and the second wave gives us another.  It seems to be generally believed that this second wave was originally supposed to include a Hawkeye figure, but that it was replaced with something that the collecting community needed even more.  This Iron Man.  /sarcasm 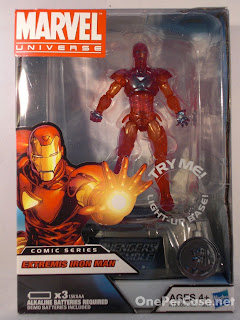 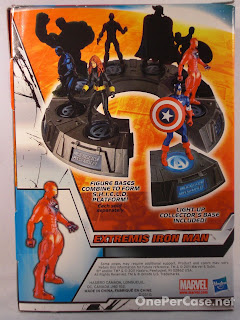 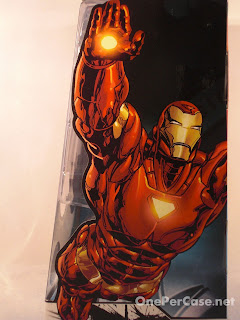 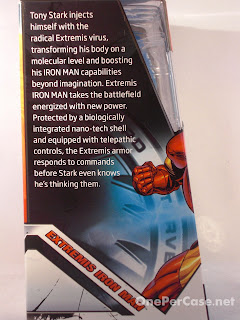 The packaging for this series is awesome.  Window box, great art all over it, built in try-me function so the MOC/MIB guys can still enjoy it, no complaints in the packaging department. 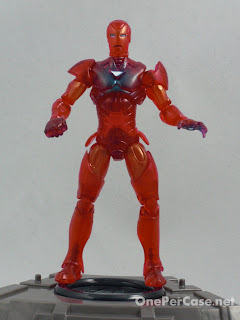 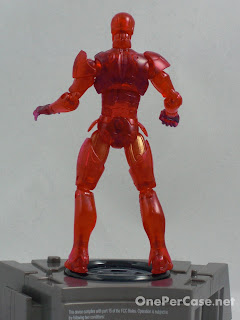 As far as Iron Man goes, the Extremis sculpt isn’t the worst you can do, but it’s also not the best.  This figure is just a rehash of the Extremis figure we’ve received a few times now, but in semi-clear red plastic this time.  I’m not aware of any comic appearances where he actually looked like this, but hey, it’s kinda neat.  And I’m kind of a sucker for Iron Man.  Sold. 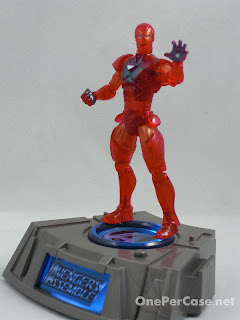 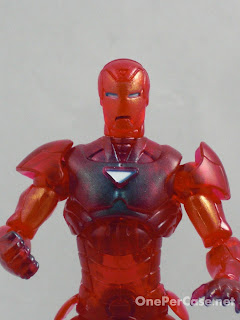 The articulation is the same as we’ve seen before.  This was one of the first figures to feature the ball-hinged combo neck, allowing the figure to look up and down, and get some good flying poses.  This is a point of articulation that all figures (especially the flying ones) should have, but not all do.

This figure includes no accessories.  Not even a blast effect thingy.  Not a big deal, since the blast effects look kinda lame anyway, but still.  Something in addition to the figure and the base would’ve been nice for this price point. 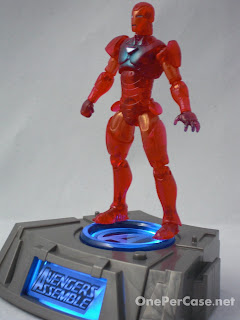 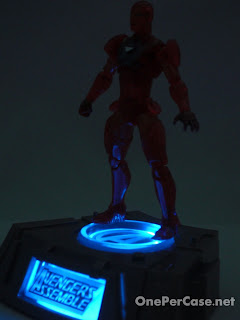 The base is still just as awesome as before, although shining the blue light through the red translucent Iron Man does pretty much nothing.  Maybe this plastic isn't so translucent afterall.  Still pretty cool though.  In addition to being a sucker for Iron Man, I’m also a sucker for light up bases. 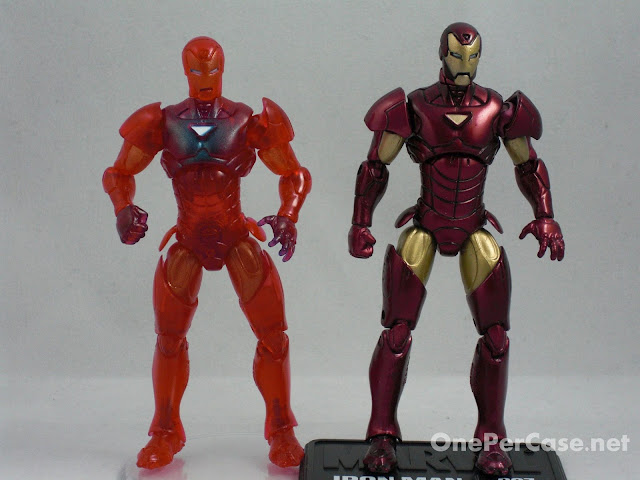 Unless you’re a completist, an Iron Man fan, or a sucker for translucent figures, you can probably hold off on this figure until it eventually goes on sale, or you get a Toys R Us Rewards coupon or something.  But if you don’t mind the price tag, there are worse figures you could add to your collection.

“My armor is lava” Iron Man is available now in some Toys R Us stores and on toysrus.com 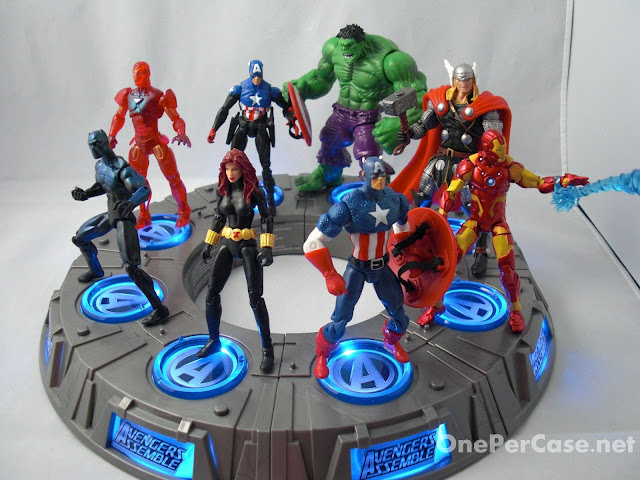 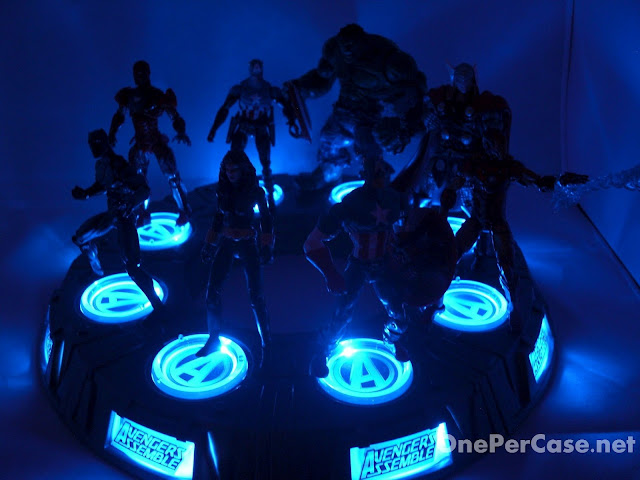