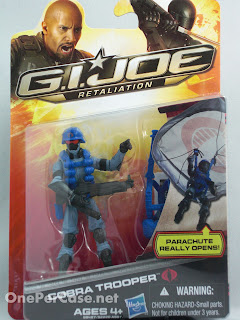 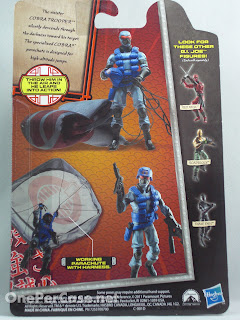 The packaging for the Retaliation line is probably the lamest G.I. Joe packaging I’ve ever seen.  We’ve got a photo of Snake Eyes being a ninja, with Rock-block also being a ninja.  WTF.  Roadblock is not a ninja.  But I digress.  The packaging is dumb.  Tear it open, remove the figure, discard it. 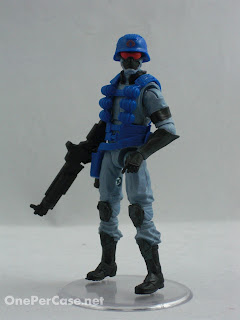 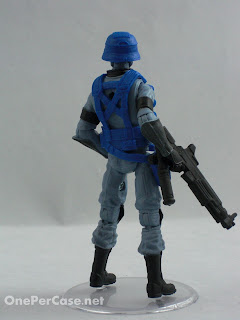 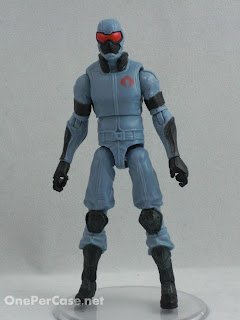 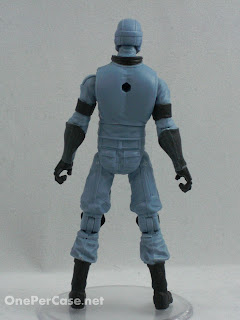 At first glance, this new Cobra trooper looks pretty dang awesome.  He’s got a sweet looking gun and a parachute.  And a handgun in a holster.  And web gear.  And a removable helmet.  Ok the accessories are pretty cool.  The parachute is actually a really good quality, and the main gun looks like something out of Aliens.  It’s rad.  But I have a problem with all the blue plastic parts, the helmet, the webgear, the harness… they all feel really cheap.  I can’t put my finger on it, but this plastic feels like an inferior quality than what we normally get in Joes.  Kind of like Zartan’s weird blue weapons.  It feels like a cheap dollar store knock off. 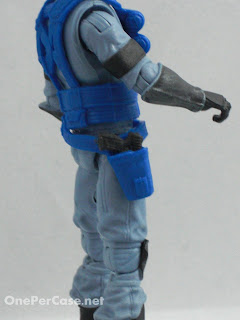 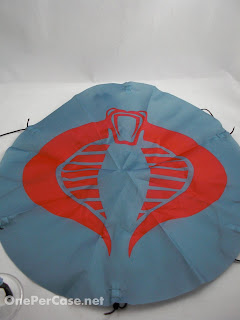 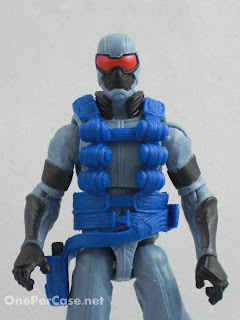 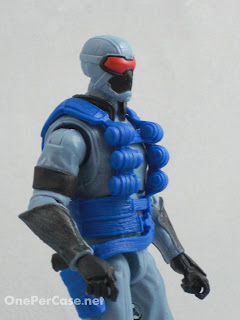 The paint job is fine.  Nothing wrong with it, but it’s a little plain and is in no way remarkable.  Based on the trailers for the movie, I also don’t think this figure is in any way movie-accurate.  Most of this first wave appears to be made-up designs. 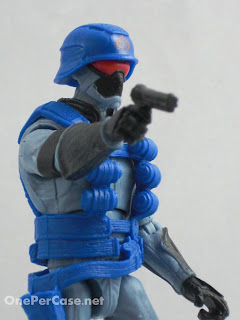 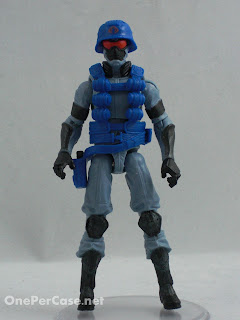 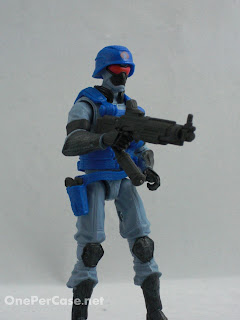 Sculpt-wise, the figure is great, I love the mean looking mask and armor.  Good detail in the sculpt.  But the articulation is lacking.  No ankles, and single jointed knees.  Just like a lot of the other Retaliation figures we’ve reviewed so far.  This is just plain disappointing for a G.I. Joe figure.  Not all figures need the crazy ninja articulation that some have, but all need at least ankles and double hinged knees. 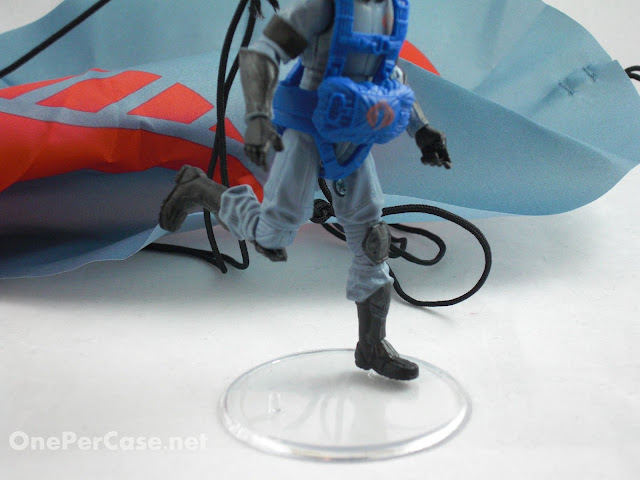 Overall, Hasbro has taken another figure that could’ve been awesome, and made sure it only turned out meh.  If he had full articulation, I would’ve army built at least a few of this guy.  As is, he’ll probably stay a solo operator.  At least the parachute gimmick has never stopped being fun since I was a kid. 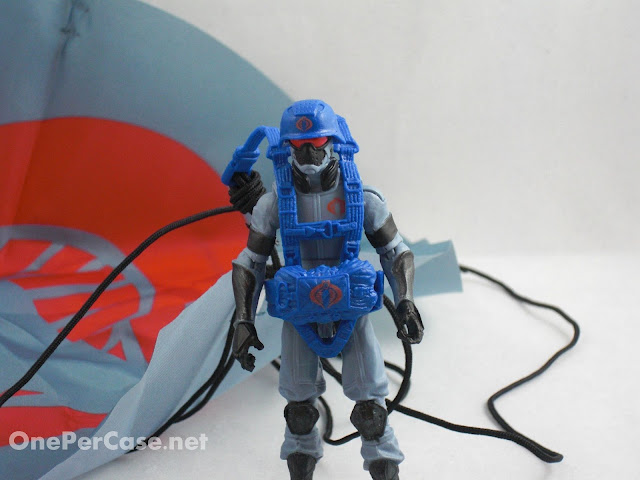 These figures originally had a street date of early next week, but several stores have been putting them out early for a few weeks now.  However, with the unsettling announcement that the Retaliation movie has been pushed back to 2013, Hasbro has apparently given retailers the green light to begin selling these immediately.  However, the products that's in the retail channel right now is it.  Apparently no more will be shipped from the distribution centers, and will instead be held back until next year.  How well they sell without a movie to back them up remains to be seen, so this guy may wind up being hard to find for the next 9 months, but I’m willing to bet he won’t be too hard to track down again early next year when we once again get close to the movie coming out. 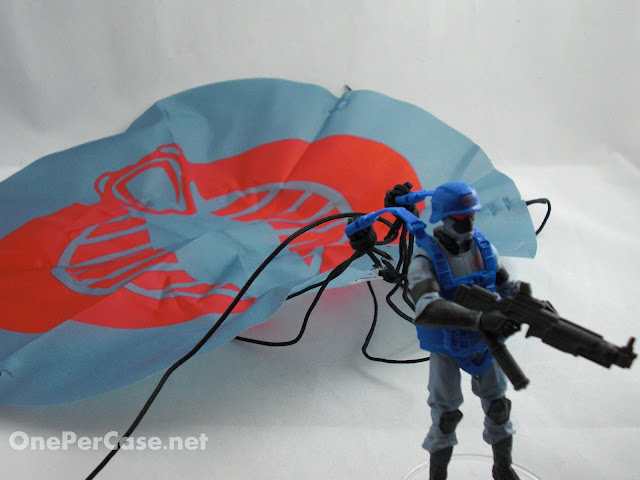