It's been a busy week for OPC!  With The Avengers midnight screening on midnight Friday and Free Comic Book Day on Saturday, we've witnessed a weekend truly made for geeks.  See how it all paid off when our team took to the streets to visit as many comic book stores in our region.  We found some great deals, so, click on the jump to learn more!
Our plan was simple: visit stores throughout our region to pick up free books and support our local stores with back-issue purchases and supplies.  Here's some pictures from the five stores we visited

A-1 Comics - Roseville
Our fun started with a 10am trip to one of two A-1 comic stores in the region.  This store specializes in gaming, but has a nice book, figure, and statue section.  You can see the line is long as we wait for the doors to open: 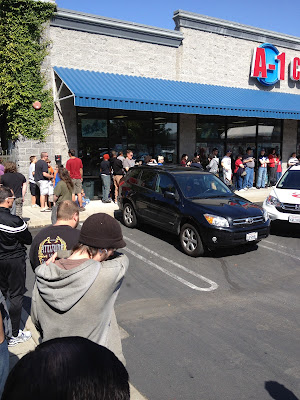 Here's a shot of the Roseville Ghostbusters with Matt X - nice boots!

A-1 Comics - Sacramento
This sister store has a different feel, and as a result the lines were significantly longer.  You can see this store is based more on comics and collectibles than the gaming, although they have a smaller room to the left of this image.  Look at the lines!  We found some leftover FCBD 2011 stuff but more newer stuff than Roseville: 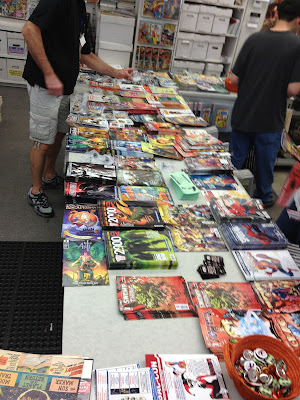 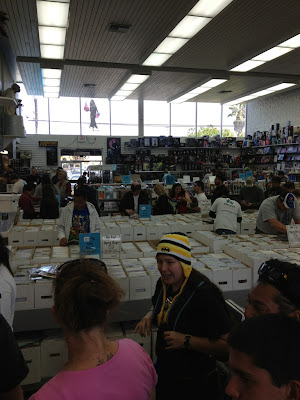 Some of our friends found good stuff at this store: 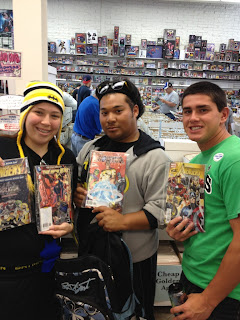 A couple of cos players took some time to pose for our camera man!  Again, notice the footwear on our lady heroes: 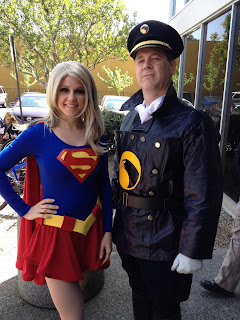 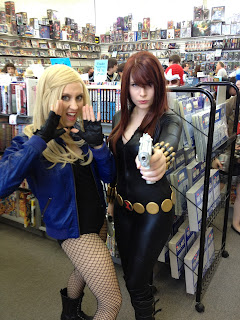 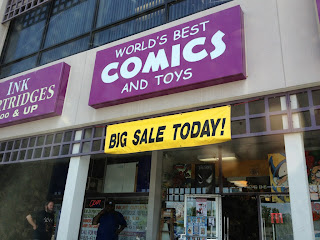 A much smaller store but to be honest our best experience of the day.  Lots of great employees, and the deals were terrific here: 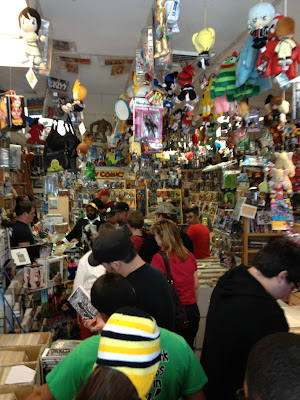 Another small store, but they make the best of their space with a nice gaming area and wall filled with trades, just like World's Best and great deals. 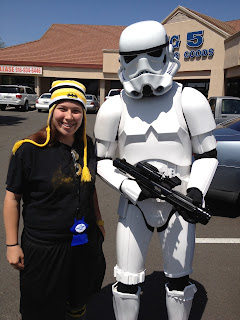 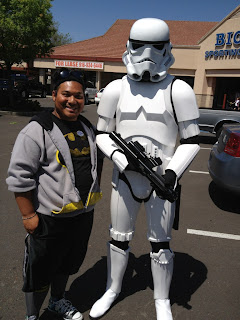 Proof that The Empire is always watching for shoplifters! 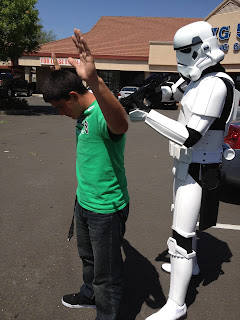 Free Comic Book Day is great opportunity to support local stores in your area.  We had a great time and met a lot of energetic comic book fans and cos clubs.  Now if we could only dress like this at work!
Posted by Matt Cummings at 12:00 PM