"I am Loki... of Asgard."  We look at the Norse god of mischief and his glow stick of destiny after the jump.


For what the 3 3/4" Avengers figures lack in articulation and detail, these 6" Walmart exclusives more than make up for.  It's just such a shame that figures this amazing were left to a retailer with such absolutely horrible distribution when it comes to action figures.

Every figure in this set is worth its price, but Loki is my favorite of the set.  This figure has it all:  great sculpt and character likeness, great deco, articulation, accessories, and playability.  I haven't been able to stop playing with him since opening him last night. 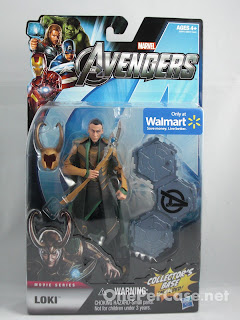 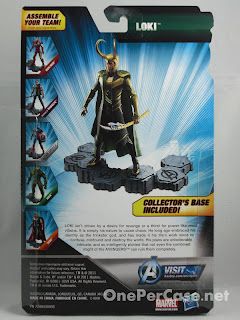 The packaging on this series is very similar to the 3 3/4" line, but scaled up.  You've got the Avengers logo and artwork of the main four on the card, and character-specific art on the front of the bubble.  The back features Loki's bio and the cross sell with the five other figures in the set.  It looks good for the carded collectors (other than the obnoxious "only at Walmart" sticker), but this package begs to be ripped open. 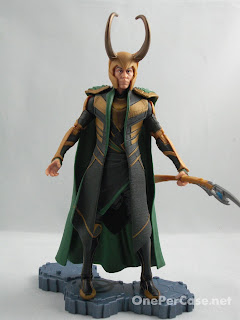 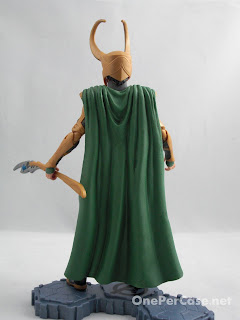 The figure itself is an entirely new sculpt, as it should be.  The likeness to Tom Hiddleston is remarkable.  They really captured his calm, collected, scheming look.  I would've preferred a more sinister facial expression, but I'm more than happy with this. 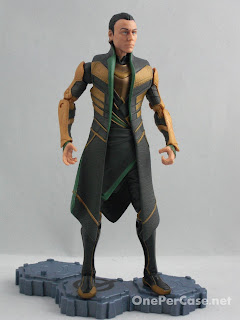 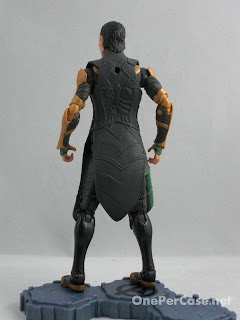 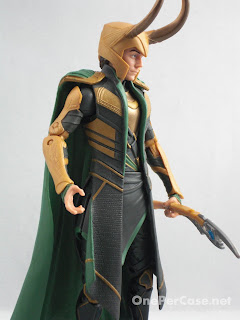 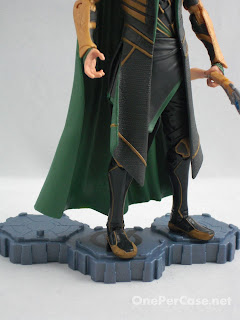 There is a ton of detail in the costume, from the pattern on the coat, to the folds in the fabric, to the straps and armor plates, and even the design on his back, under the cape. 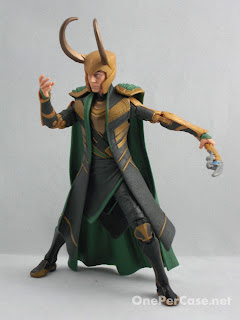 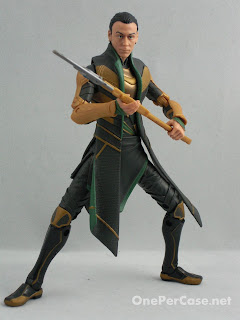 And unlike the 3 3/4" version, this Loki is loaded with articulation.  We've got a ball jointed neck, ball hinged shoulders and hips, double hinged elbows and knees, swivels at the biceps, thighs, wrists and waist, and my new favorite, ball hinged rocker ankles. 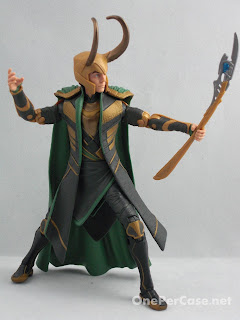 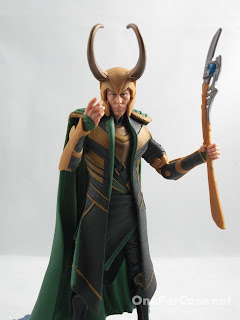 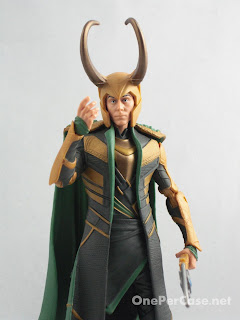 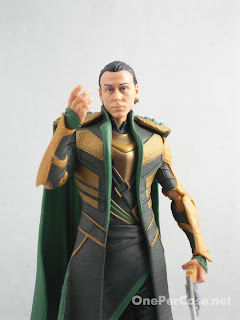 Loki's accessories are impressive as well.  The glow stick of destiny is here in it's short form.  A long version would've been nice as well, but the version from the 3 3/4" actually works decently well for that.  The removable helmet fits perfectly and doesn't look too bulky when on.  The cape is removable, and the figure even comes with a stand, which connects to the other stands in the set.  Definitely can't complain about the accessories. 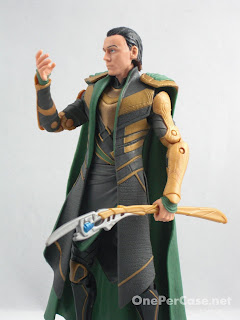 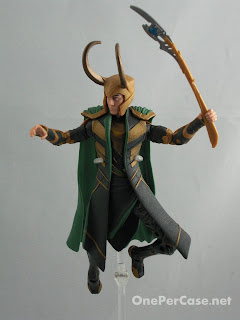 The paint job is equally as impressive.  The early shots of this figure from Hong Kong made it look like all the armored parts were a bright yellow, but they are in fact a semi-metallic gold color.  The gold on the chest is especially nice.  The paint apps for all of the various armor plates, straps, cloth, buckles, and seems and so forth are very well applied.  My sample had no smudging, over-spray, or any other blemishes.  I would go so far as to call this a perfect paint job (although I'm sure some customizers are already hard at work one-upping Hasbro). 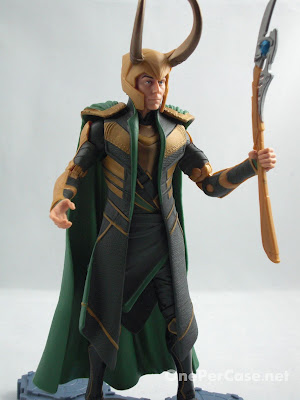 I can't praise this figure enough.  I'm mostly a 3 3/4" collector, but it's the occasional outstanding releases like this that almost make me consider canning my 3 3/4" collection and switching to 6" exclusively. 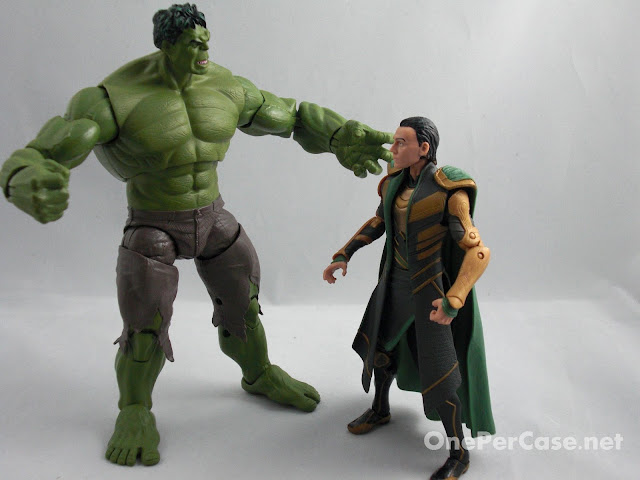 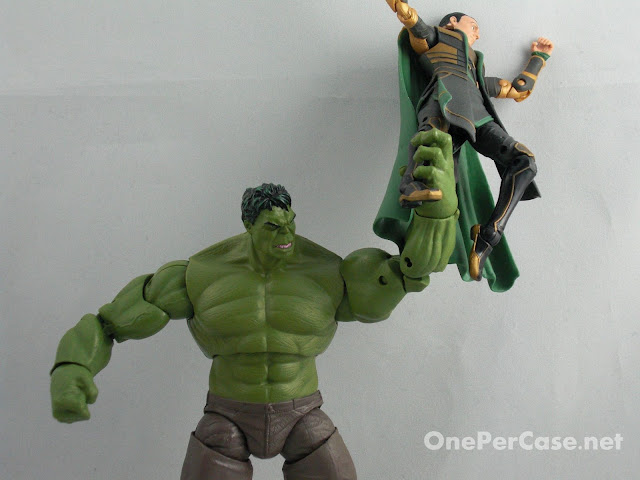 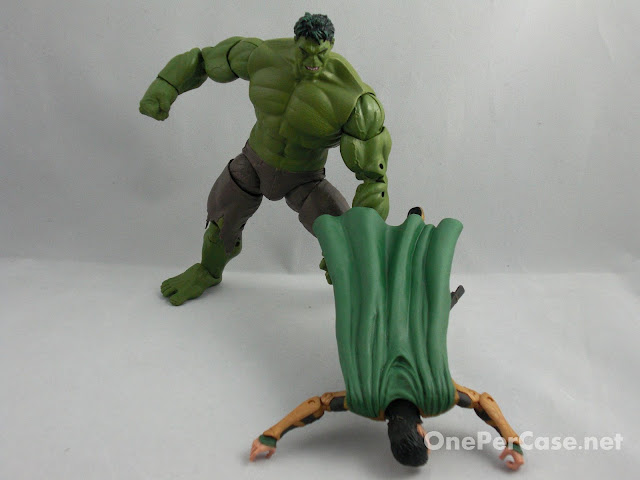 If you're lucky enough to find this figure in your local Walmart, buy it.  These won't stick around long, and Loki will be one of the first from the set to disappear.  BBTS also had this set up for pre-order (marked up higher than retail price), and have already pre-sold out.  This figure is that good. 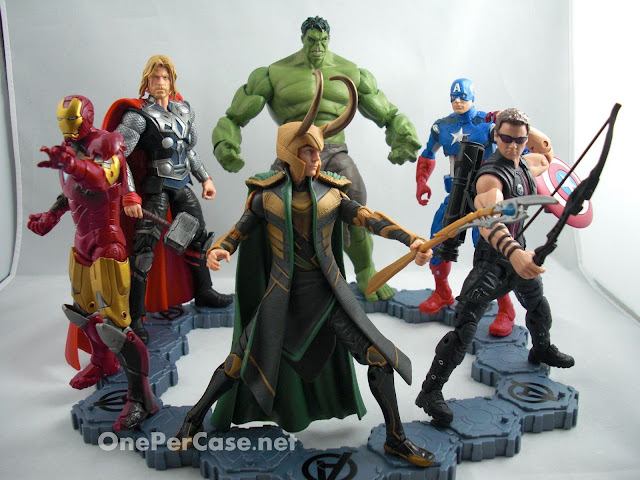