He’s got a spangly-outfit and a ton of articulation.  Check out the new 6” sentinel of liberty after the jump.


Captain America gets his second 6-inch Walmart-exclusive movie-verse figure with this new Avengers release.  Luckily for those looking for this guy, he should be twice as easy to find as the Hulk, Loki, or Hawkeye, since he’s packed Two Per Case (note to self: sister website). 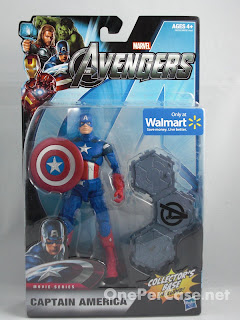 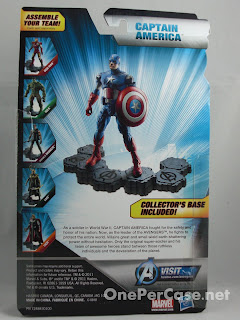 The packaging is like the rest in this series.  Looks good and collector friendly, other than the lame Walmart sticker on the bubble.  But it looks even better torn open and tossed on the ground while you’re playing with your newly liberated super soldier. 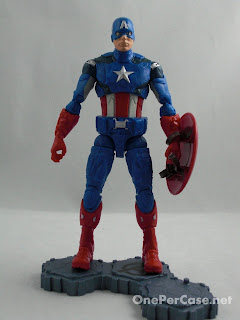 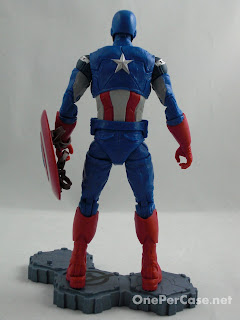 The figure itself isn't quite the grand slam that Hulk or Loki were, but it's a solid home run.  Or at least a ground rule double.  Depending on how much you like the character. 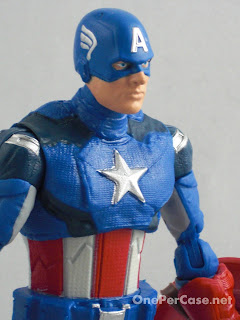 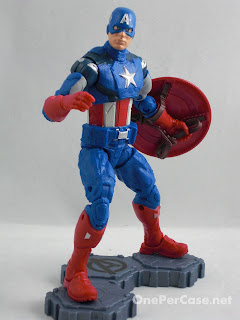 The sculpting is nice and detailed.  Not entirely accurate to the movie costume, but close enough that only the most OCD will notice or care.  I do wish the face looked a little more like Chris Evans, though.  This figure doesn’t capture the actor’s likeness as well as the Loki, Hawkeye, and Hulk figures do.  But it’s a reasonable facsimile, and the details in the uniform show that a lot of effort was put into this guy. 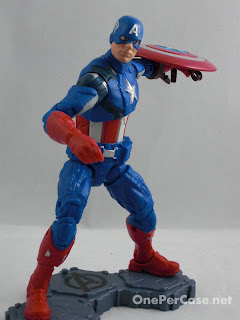 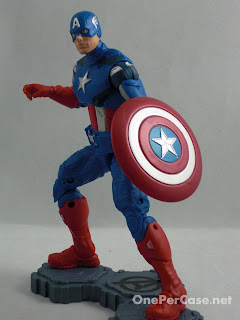 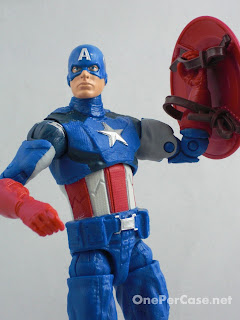 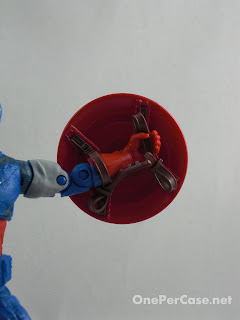 The paint job on mine was just a little spotty, but still better than most of the 3.75” line.  Something about the blue plastic this figure is molded in just seems a little off compared to the movie costume color, though.  Both the red and blue seem just a little too bright.  No, not bright.  Too saturated.  Yeah, that's it. 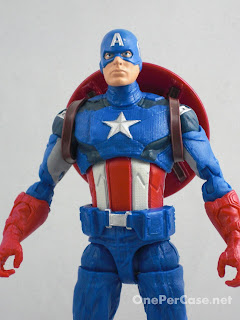 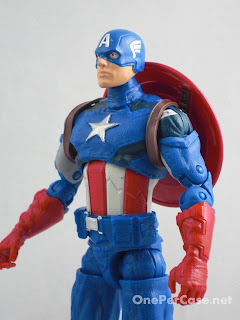 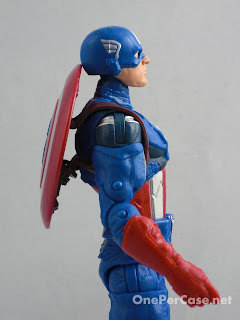 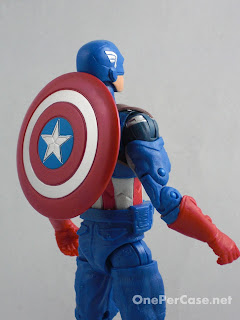 Cap comes with a new version of his shield that uses adjustable straps.  This lets the figure hold the shield like normal, or wear it on his back around his shoulders.  SMART!  The design of the straps isn’t quite perfect, but with a little more refining, I’d like to see this feature used on all future versions of Cap’s shield.  Love this detail. 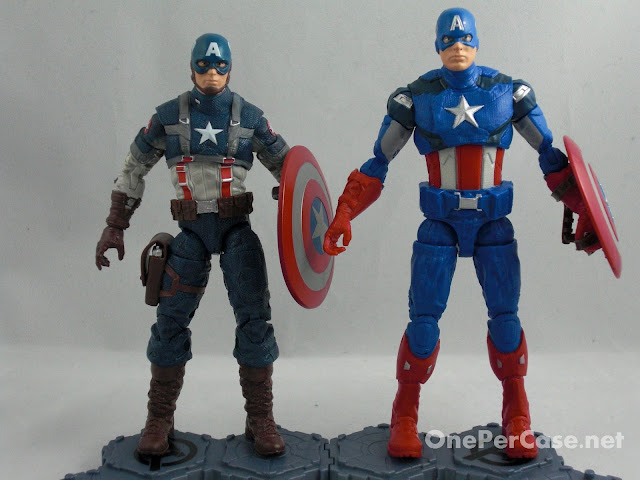 Cap also comes with his connecty-stand.  From a readers comment on a previous post, I’m lead to believe these stands are some sort of repurposed game tile.  They actually work pretty well for this purpose, though.  I dig the stands.  I wish all figures came with stands.  And the painted Avengers logo and the fact that these stands are modular make them pretty nice.  I've been messing with them for a couple days now, and have come up with several different configurations for displaying these figures as a group. 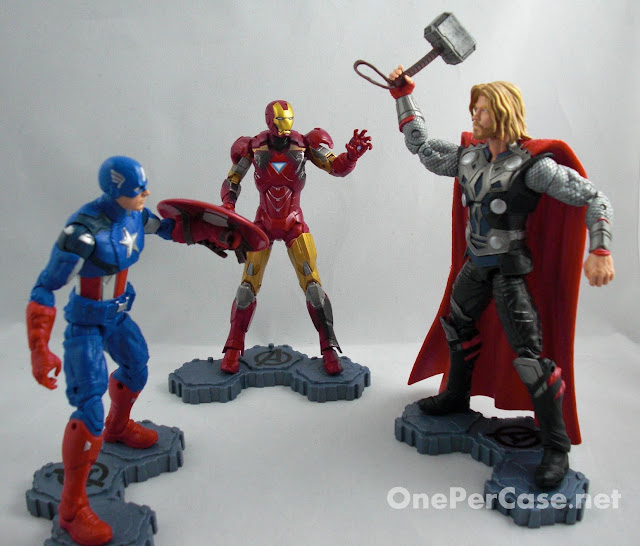 Overall, if you’re collecting some or all of the 6” Avengers figures, this one is another must have.  There are a few things not quite perfect about it, but all in all, it's a solid release.  Or ground rule double.  Why am I using baseball analogies today??  Oh yeah, spangly outfit.  American pastime.  Mental association.  I'm tired.  Hey look, action figures! 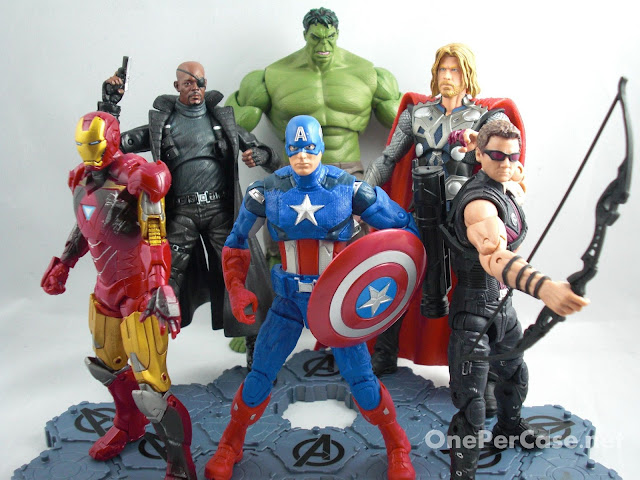