Hey look, it’s the first non-Avengery Marvel figure we’ve had in a while!  Check out what may be the one figure worth owning from The Amazing Spider-Man after the jump.

The next movie with a Marvel logo on it to hit is the upcoming Marc Webb directed Amazing Spider-Man this July, and the corresponding toy line is starting to hit retail now.  While most of the line revealed so far is comprised of cartoonish, under-articulated figures, Ultra-Poseable Spider-Man here stands out as the one possible gem amid a line clearly not targeted at collectors. 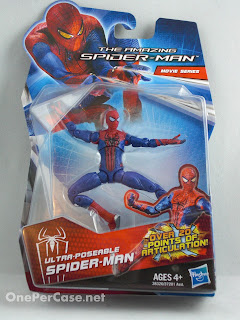 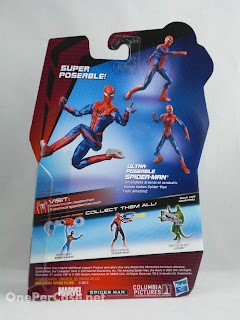 The packaging for the line looks kinda cool, but standard fare for a movie line.  Picture of the main character, flashy graphics, cross sell on the back peddling uninteresting figures.  But this figure’s coolness would only be nullified by leaving him trapped in the bubble.  Break him out. 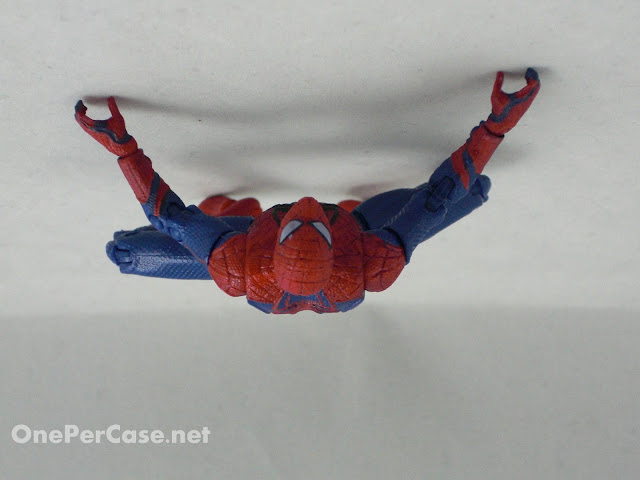 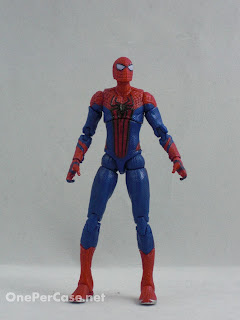 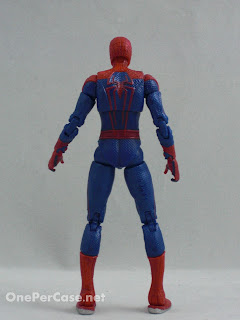 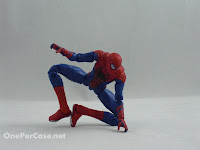 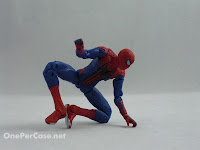 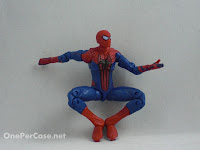 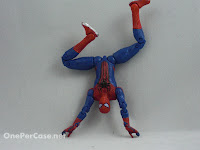 The sculpt of the figure isn’t bad, but because of its small size, some of the detail gets muddied in the paint job.  I dig the engraved lines of the suit, but the dark wash applied to bring out those lines is sloppy in places.  The paint job on the eyes and a few other places on the costume could have also been a little sharper. 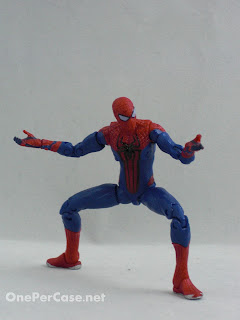 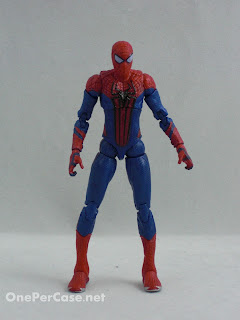 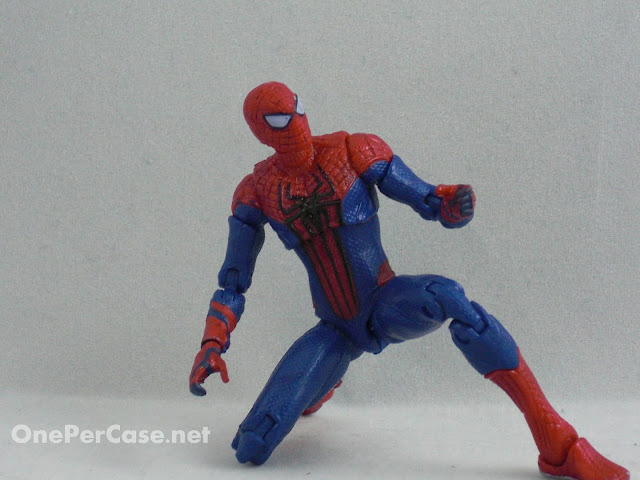 The figure itself seems a little disproportionate to me, though.  His neck seems just a little too short, his head seems a little too small, his eyes don't seem symmetrical, and his feet seem just a little too big.  It doesn’t seem to match the proportions of the character on screen.  And I wish they have given him a “thwipp-y” hand, like he’s shooting a web.  Most Spidey figures include this, but it seems weird not to have it on this guy.  Also, there are no peg holes in his feet, so stands are out of the question.  WTF. 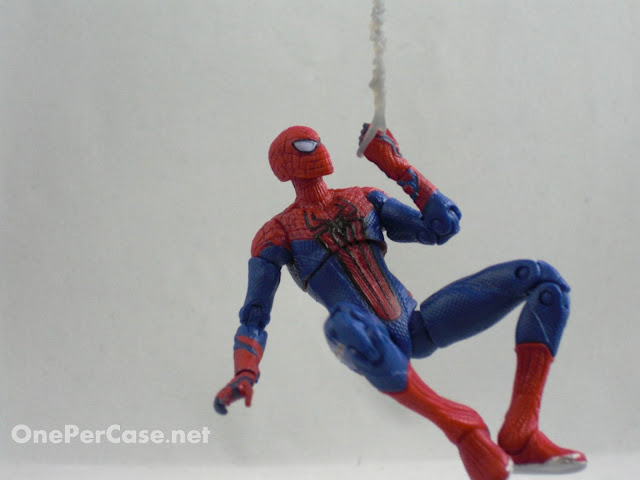 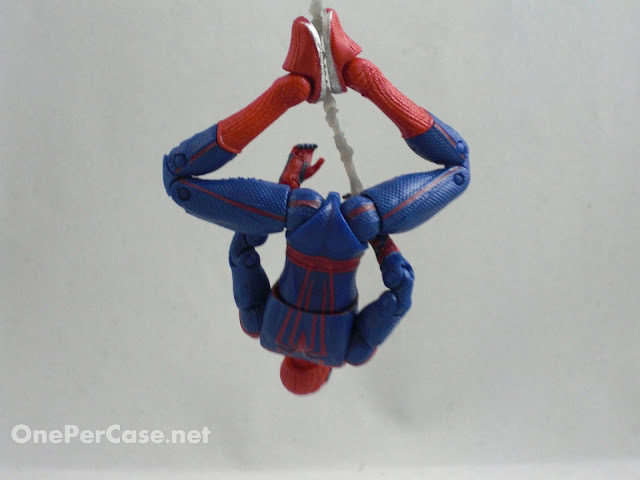 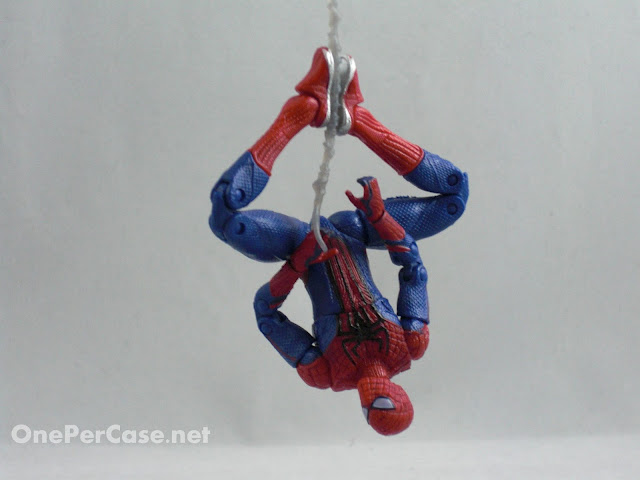 This figure does not include ANY accessories, which I’m willing to deal with in exchange for the “ultra poseable” articulation, but at least a web accessory (like the one that came with 2010’s SDCC movie Spider-Man, shown in a few of these photos) would’ve been nice.  And at a $10+ price-point, I’ve gotta say, the lack of accessories in exchange for articulation we usually get at the $8-$9 pricepoint stings a bit. 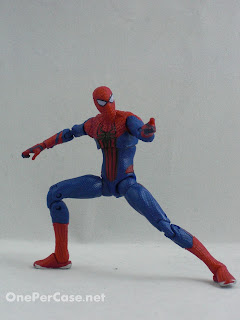 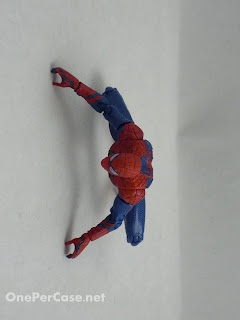 Overall, this figure is pretty neat.  He’s fun to pose and play with, but he is a bit over-priced for what you’re getting (or not getting, as the case may be).  He’s certainly the only Spidey figure in the line I have any interest in.  I may pick up the Lizard at some point, but overall, I don’t think this line will hold nearly the same buying power as The Avengers does right now.  Pick this guy up if you have the cash to drop, but if you don’t, don’t feel like you’re missing out on too much.  This is just another in a long, long line of Spider-Man figures. 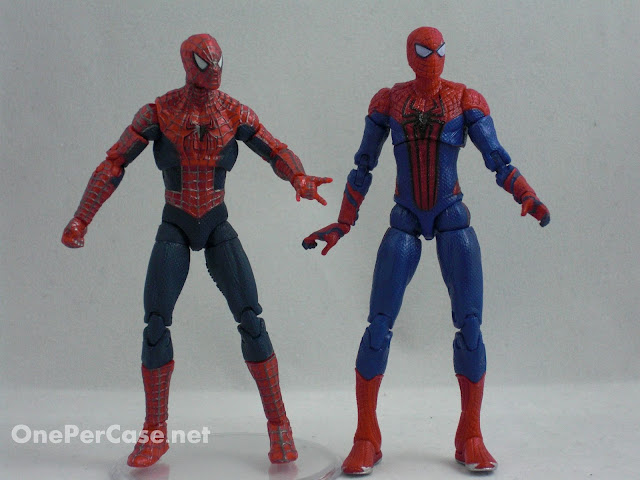