Square Enix has produced some of the best affordable museum-quality pieces in recent memory.  How does the Play Arts Kai Batman: Arkham Asylum series hold up?  Click on the jump to find out as we delve into their Batman No. 1. 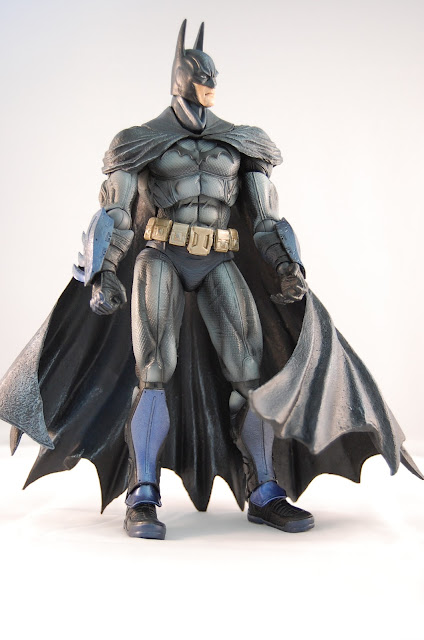 Square Enix is well known for its various and excellent figure lines, particularly those in the Play Arts Kai line: each has demonstrated that companies like Hot Toys, SideShow, and others no longer have the monopoly on museum-quality pieces.  Add to that the affordability of many of their lines ($50-100), and Square Enix is helping to re-write the industry.  In no other line is this more true than with their offerings for Batman: Arkham Asylum series, in particular the Batman No. 1 release, which quite possibly the most amazing figure I've seen at this price point since the Marvel Select's large figure lines of The Hulks, Thanos, and Abomination. 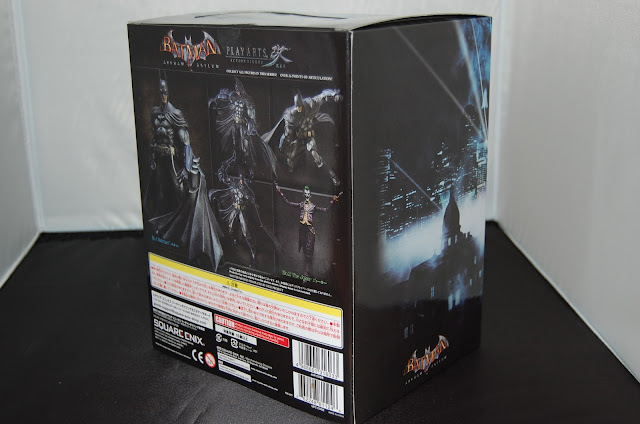 Packaging - 4.5/5
A thick, colorful box surrounds Batman, adding distinctive elements from the video game. There is a second cape which is glued down behind the figure.  I wish they would have left it so it could be removed without damaging the packaging.  In addition, the plastic packaging surrounding The Detective keeps everything in place.

Sculpting - 5/5
Unlike many companies in the higher price range who might use a standard body size to reduce cost, Play Arts has sculpted Batman from what appears to be an original mold.  The result is incredible detail in both the suit, face, hands, and clothing that looks fairly realistic.  The figure stands at approximately 8", but the detail is so good that it made my camera shots look very professional.   You simply have to see this figure to appreciate the result.

Paint - 5/5
Play Arts offers Batman with an amazing paint job; there's no evidence of overlap, paint has been applied evenly, and the figure looks like it's been either sprayed several times to achieve a good layering effect, or they used the right mix of paint and spray to achieve the same effect.

Articulation - 5/5
Batman is offered with 26 points of articulation, making it one of the most poseable figures around.  The head can move in several directions, the ball joints are stiff and almost click into place, allowing you to pose Bats in several action positions.  Feet and even the chest area can be moved around, giving you the ability to turn the figure as I have in these camera shots.  The articulation stands out as one of the best I've ever seen. 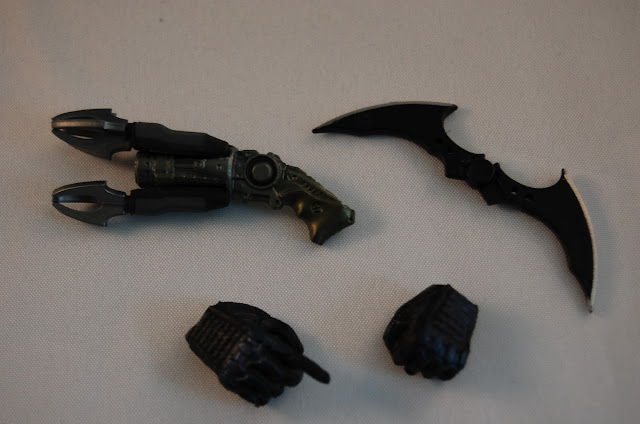 Accessories
Play Arts Kai has provided an additional pair of hands, one Batarang, and a grappling hook.  Although you don't get some items as offered by the HT Bruce Wayne set, this set is nothing to scoff at either.  Check out the picture above: 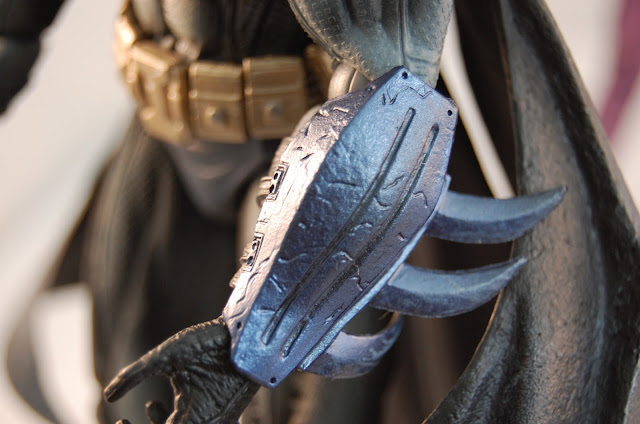 Value - 5/5
For the price you're paying here, this figure is not meant to be played with, but be ready for friends to notice Batman right away amongst your collection of Marvel Select and Legends.  For the price, it's on par with  Hot Toys, GG, and SideShow.  At the time of this posting, I paid around $50.00 plus shipping. 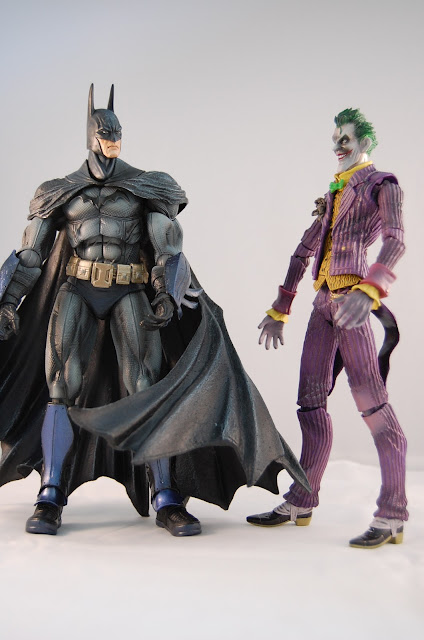 The Final Word - 5/5
Play Arts Kai has hit it out of the park with their Batman No. 1 from the Arkham Asylum series.  This figure is superior in every way, from the sculpt to the paint.  Although some accessories were lacking, it wasn't enough to change my grade.  If you have the chance to purchase one, I suggest you make the investment.  It's clearly the best figure in this size since the MS series. 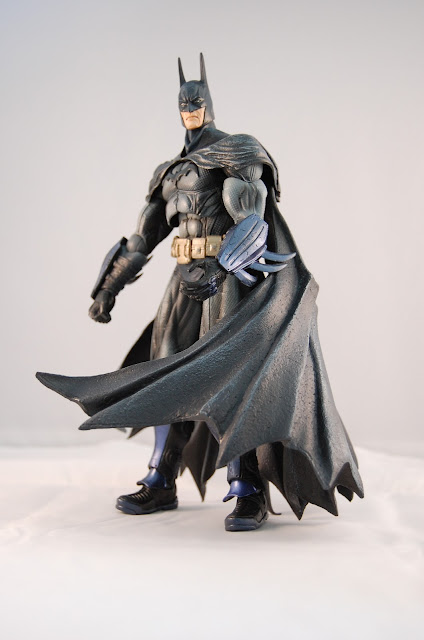 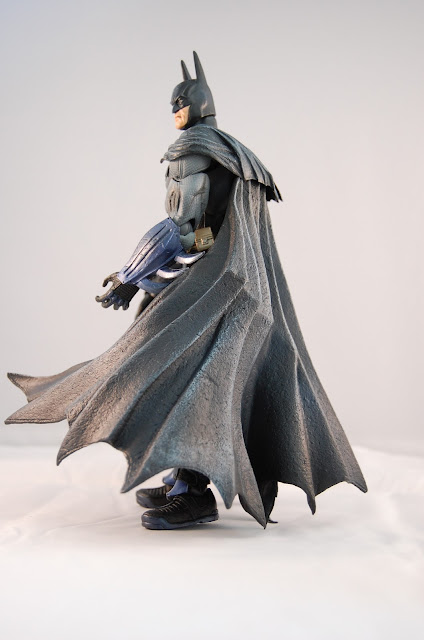 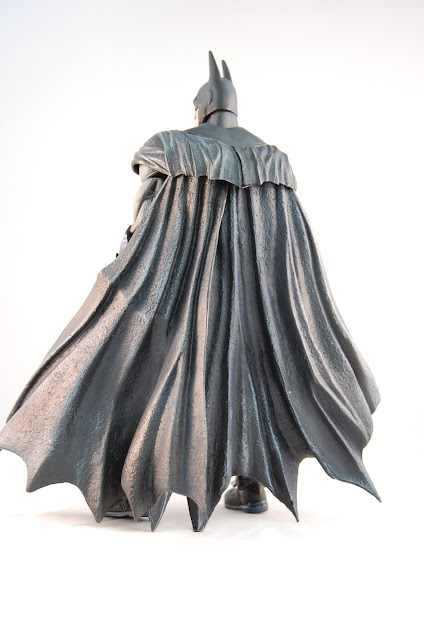 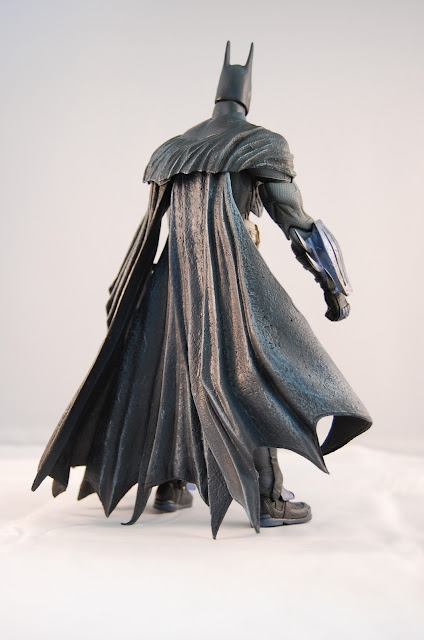 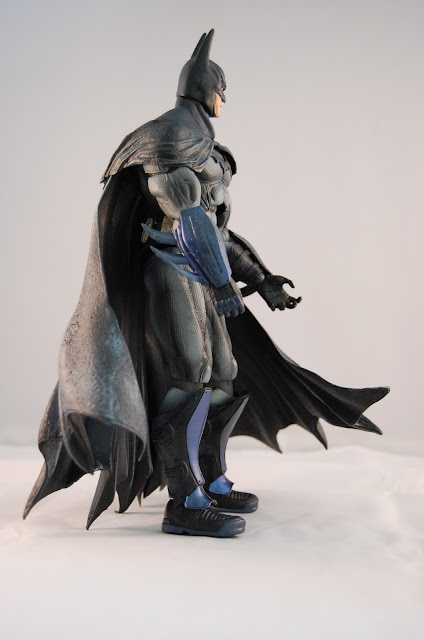