Hot on the heels of the rebirth of Marvel Legends comes a second wave of figures from Hasbro. This time, you can collect them all to make Arnim Zola. If you collect all the variants, you can make Red Skull Arnim Zola. Pretty neat gimmick. But this isn’t about Zola, it’s about everyone’s favorite first Avenger, Captain America. Does the second wave hit the mark or suffer from the sophomore slump? Read the review to find out! 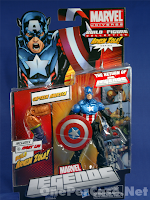 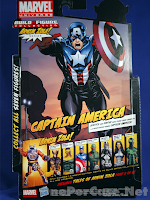 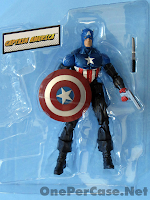 If you haven’t heard of Captain America, you’re obviously some sort of commie. This particular version is the Heroic Age version, as seen in comics like Secret Invasion. With a Captain America movie out last year and the Avengers movie hitting in May, this is sure to be a popular figure. 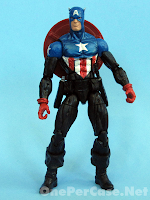 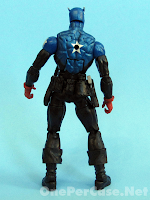 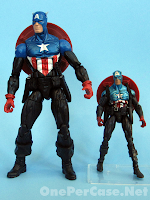 Lean, mean, and all American, the Cap comes ready to fight. The card art keeps with the standard Marvel Legends format, which as a comic fan, I think is incredible. A great graphic on the front, comic paneling to show the rest of the wave on the back, it’s just all around awesome. Excelsior! 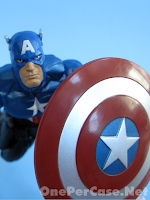 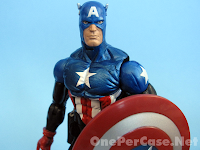 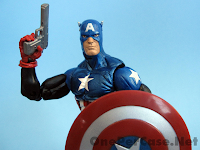 There’s a whole lot to like about this figure, starting with the sculpt. The face looks good, and the paint has great color to it. The outfit is well detailed, overall. The holster and the pouches do a great job of mimicking a leather look. I love the detailing on the belt, particularly on the gun holster. 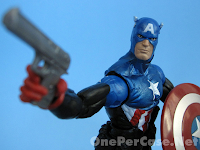 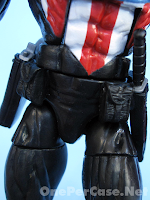 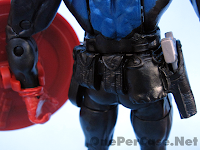 Cap’s high level of articulation allows for a great range of poses. Whether he’s standing tall as an American hero or ducking under the cover of his shield to fight the agents of evil, this Captain America can do it all. His head and neck allow for a broad range of motion, unlike limited figures like Thor. 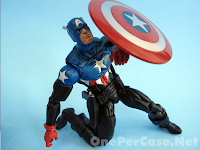 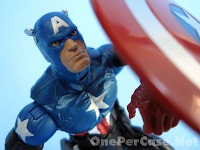 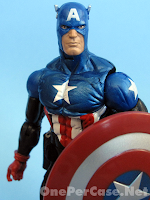 It just wouldn’t be Captain America without the shield, would it? The shield looks nice, is scaled well, and can pop right onto his wrist with a clamp or on his back with a peg. In addition, he comes with a dagger and a pistol. They both fit a little loosely into the hands, particularly the dagger, but can be held reasonably well, the gun more-so than the dagger. 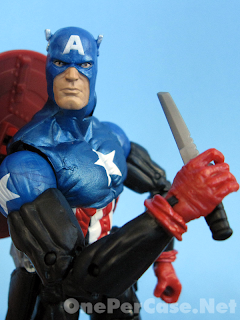 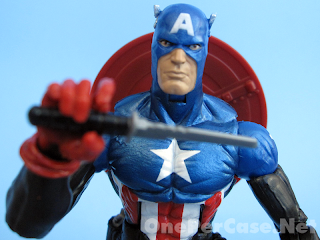 If Hasbro keeps up this level on the Marvel Legends line, then fans are in for an expensive treat. With the figures running an average of $15 or more a piece, this isn’t an inexpensive line, but at least we’re getting some quality figures. If you want to expand your Avengers collection, this Cap is a great addition. This wave has been spotty at brick and mortar stores, but can also be found online at BBTS (on sale now!) and other e-tailers. 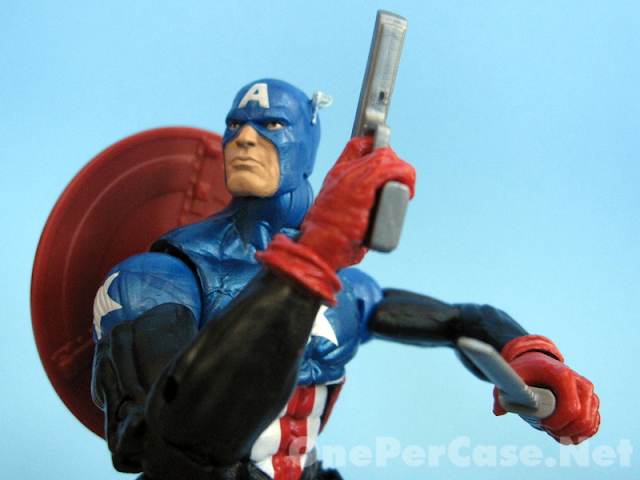