I was lucky enough to find this little gem waiting for me when I stepped through my front door today.  I was giddy with excitement!  With all of the reports of members receiving theirs for days now, I was having a hard time being patient!  NOW HE IS MINE!


Upon opening him, I knew I was going to like him.  I immediately checked for QC issues.  All his parts were correct, but his left leg was really loose.  Doh!  Well, I have a crappy RoC Cobra Trooper close by.  I extracted the friction pad from his leg and added to Footloose's leg.  Now, I couldn't get the seam completely closed but at least his leg wasn't loose.  I will take that as a win!  I then examined his gear...  Yep all here.  GREAT!

Footloose turned out great.  His look is reminiscent of the original but updated.  Love the helmet.  Good choices in his weapons.  But seriously... no HOLSTER FOR HIS PISTOL?  That is my biggest complaint, honest. (But, I do like my holsters)  He really can't carry all his gear well.  The bazooka has a hard time staying on his shoulder with the oversized backpack.  But I'm over it.  He looks great with just his rifle and helmet.  His gear consists of: rifle, pistol, flashlight, knife, helmet, and backpack.


His articulation is like a 30th figure.  He has the awesome updated wrists.  They allow for better poses with his gear.  His ankles, knees, and elbows are the standard.  I do have a problem with his neck.  He cannot look up or down.  Kind of a bummer.  But again, I'm over it.  He has plenty of posability!

When comparing him to the original Footloose, the colors are different.  The webgear does not look the same.  But the rest of his design is damn close!  His new head sculpt does capture the elements of Footloose.  I approve, although I do like the colors in the 1985 camo pattern slightly better. 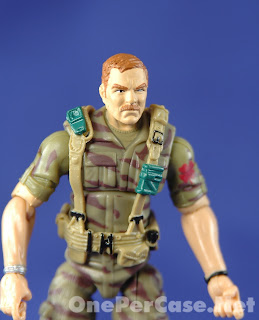 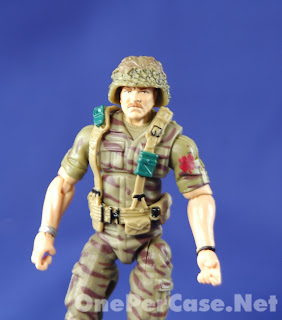 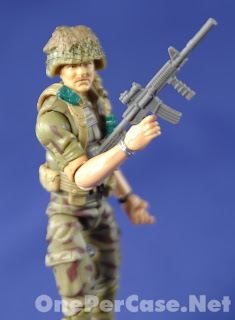 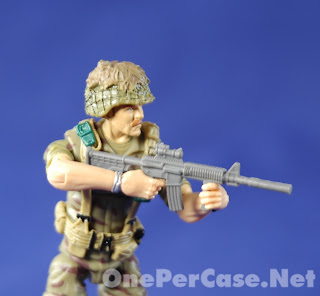 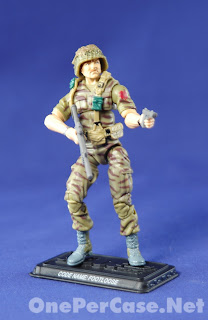 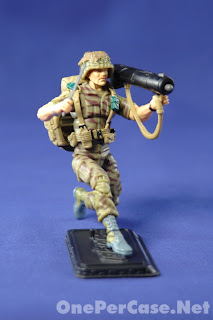 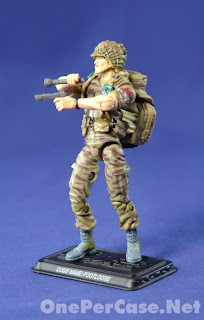 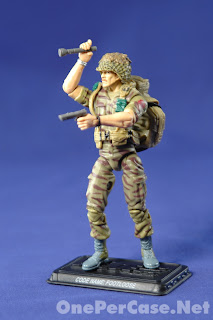 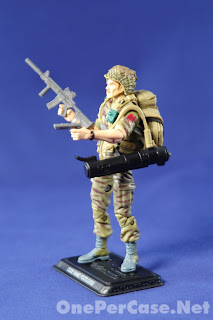 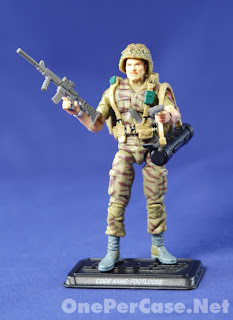 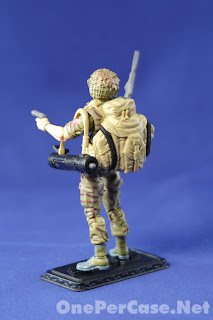 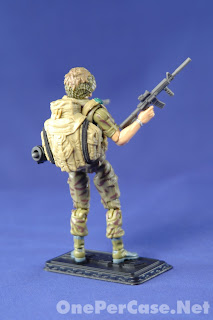 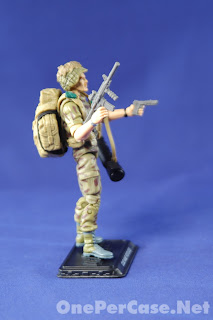 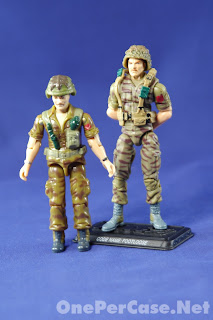 The Joe Club is giving us core characters that we are missing in the updated 25th/30th style.  A big manhug and backslap to the boys making this happen!  Thank you GI Joe Club! 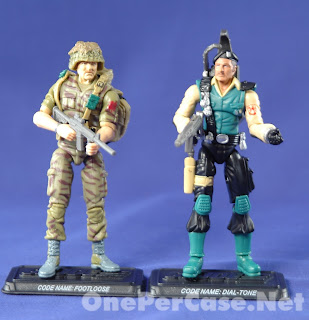 Posted by Jason Albrecht at 9:00 AM