Universe, Legends, Earth's Tiniest Heroes, and a Hong Kong Mall, oh my!  It's been a busy week for new toy reveals.  See what will be draining your wallets in the coming months after the jump!


First up, news from Hong Kong, where a mall known as "The One" has an Avengers exhibition currently going on.  Courtesy of Marvel HK Toys on Facebook, we have photos of the upcoming Walmart-exclusive (in the U.S.) 6-inch "The Avengers" Marvel Legends action figures.  Included in this set are awesome new sculpts of Captain America, Hawkeye, Loki and Hulk, a repainted Iron Man Mark VI (battle damaged), and a repainted Thor (from the Thor movie) with a new head. 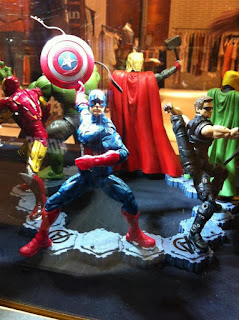 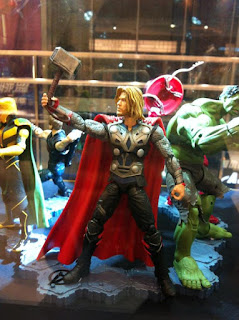 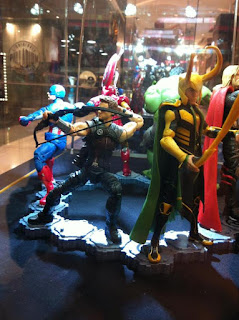 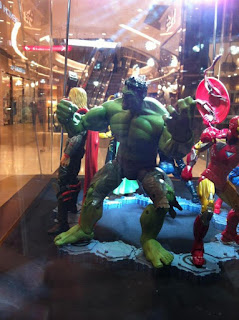 Check out the connecting stands.  And man does that new Hulk kick all kinds of ass.  It's everything the 3.75" figure should've been and more. 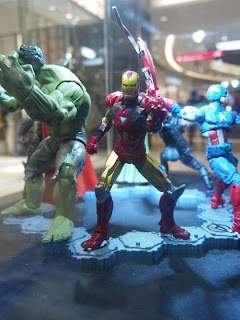 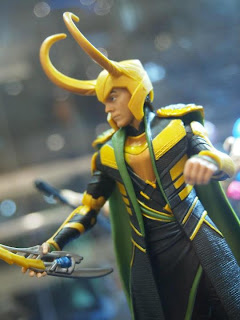 Speculation on various forums is that this may be just the first of two possible waves, since a different Thor figure shown at last year's New York Comic Con is absent, as well as the inevitable Iron Man Mark VII and a Black Widow that every fan boy is hoping for.  Do you really think Hasbro would skip the chance to release another Iron Man?  Come on.  More pics of these figures can be found at Marvel HK Toys' Facebook page.

UPDATE:  These figures have now been released in the US, and we have reviews posted for the following:
Hawkeye
Hulk
Loki
And the rest coming in the next few days, so stay tuned! 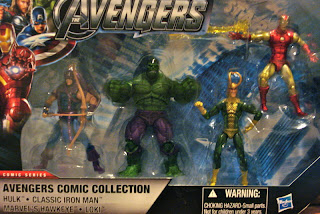 Courtesy of MarvelousNews forum member Dragon Kings, we have a first reveal of two upcoming box sets.  Falling under The Avengers Comic Series banner, these two sets include repacks/repaints of existing Marvel Universe figures, but of note, the Hulk included is the new sculpt coming up in Wave 18, the next wave of comic packs, AND repainted as Red Hulk in a future team pack (that coincidentally went up for pre-order at BBTS yesterday).  Hasbro is definitely getting their money's worth out of that new mold. 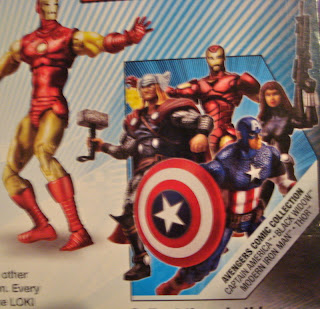 Also noteworthy in these sets are repacks of previously difficult to find Loki, Hawkeye, and (less difficult) Black Widow.  Unfortunately, we'll have to deal with yet more Thor and Iron Man.  No official word yet on when or where these sets will hit, but they are believed to be exclusive to Walmart.

UPDATE:  These sets are out now.  Check out our review of the Hulk set here.

And finally, not entirely toy related, but still dang cool, check out this new commercial from Target.  It's like Super Hero Squad, only in real life.