What is the Correct Order for Watching the Marvel Movies?

View by timeline, or release date?  We humbly offer our take after the jump.
As we gear up for May 4th, one would be remiss if we did not take an afternoon (or several) to remind ourselves how we arrived at this auspicious moment.  Afterall, we're about to see the greatest collection of superheroes on the big screen in...EVER and we don't want to miss Whedon's penchant for throwing in unique side stories into the mix.  It would be like being caught with our Superman underwear around our knees.  So, how can we prepare for The Avengers without using mathematical equations to do so?  Before we take on this mighty task, let's assume that we'll be adding Hulk to the lineup, as it does have some connection to The Incredible Hulk and wasn't totally awful.
Recognizing this singular addition, OnePerCase humbly offers both sides for your consideration: 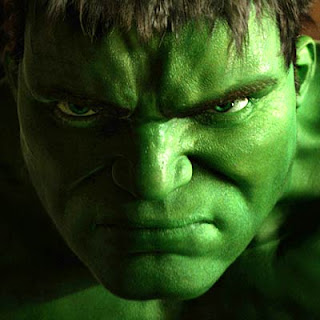 View the films as they were released in theatres.

View the films according to the timeline established by Marvel.

In the end, no matter which path you take, be happy you're not considering the Def Con of preparations, in which you watch the films in their true order, by cutting up each movie and adding the Marvel One-Shot short films into the mix.  Your Blu-ray player might take forever to load each movie, with some units burning out from overuse  But as you watch yours melt before your eyes, use this as an opportunity to celebrate the experience which is forthcoming...and buy another player before Avengers gets released this Christmas.

To see a remarkable breakdown of the movies by timeline, check out this site.
Posted by Matt Cummings at 10:54 PM