I am whelmed.  I like the whole.  I dislike the parts.  Drax has had a role in a lot of the space Marvel books.  Most recently in Guardians of the Galaxy and The Thanos Imperaitve.

Read more about his exploits here:  Drax the Destroyer 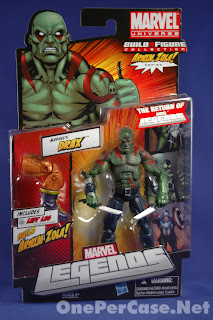 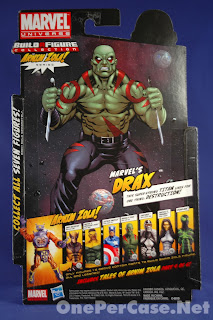 I like the silver eyes.  I dislike the dirty green paint that was chose.  His biceps are crazy weird.  His belt is a dis-likable floppy and his knives sit weird in the sheaths.  BUT HE DOES HAVE SHEATHS!!  I love places for weapons storage... I just do.  His upper body is a buck that was intended to simulate cloth.  There are wrinkles here and there.  That is a weak choice.  The dude is shirtless!!  C'mon now.  Attention to detail please!   Ok, I can't really pick apart the legs.  They work.  His crotch however has a place for a skinny belt running across it and his waist seems small.  On his back he has a peg hole (presumably for an old flight stand) and two rectangular holes possibly meant for a cape or something of the sort...  I like reusing parts when it works.  But this is just plain lame...

Then you pan back... look at him as a whole.  His face is sculpted to be no nonsense.  He has a bad ass look in his eyes.  Had you given me a sheath in his forearm instead of a sculpted static knife, I would probably be singing some huge praise...  He might not be fun to play with and examine the detail, but he does have a great all around look on the shelf.  It's like the old saying "good from far, far from good."  Keep him at a distance and you will like this figure.  Unless you have an uncommon love for Drax then you will love him just as he is! 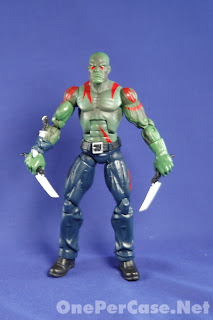 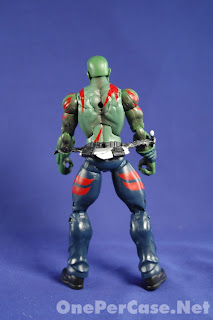 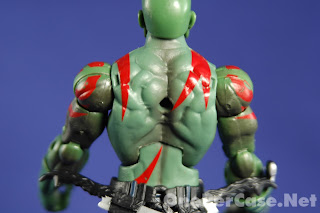 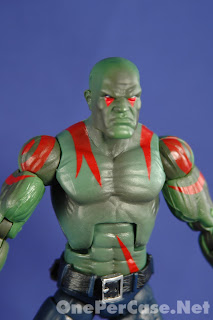 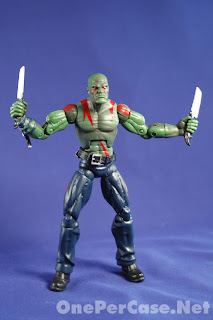 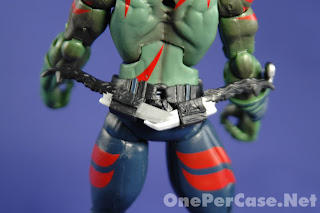 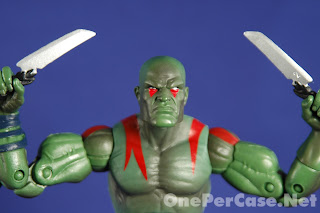 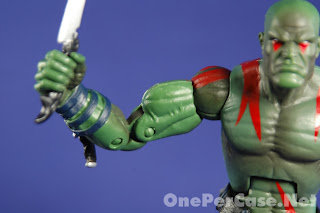 "Hey baby, can you hear me whispering through that bag on your head? I just love your green!" 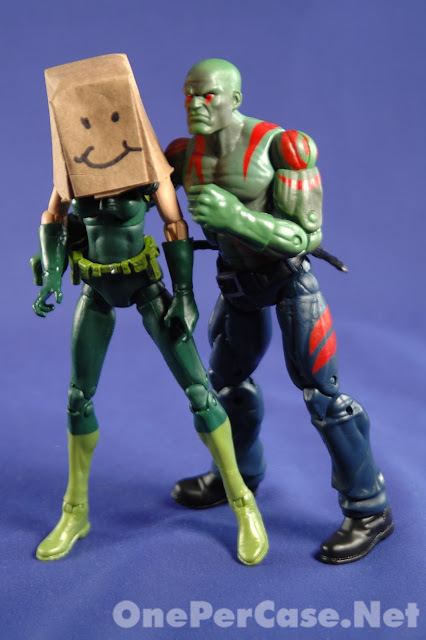 OnePerCase review by Jason the Destroyer

Posted by Jason Albrecht at 9:39 PM